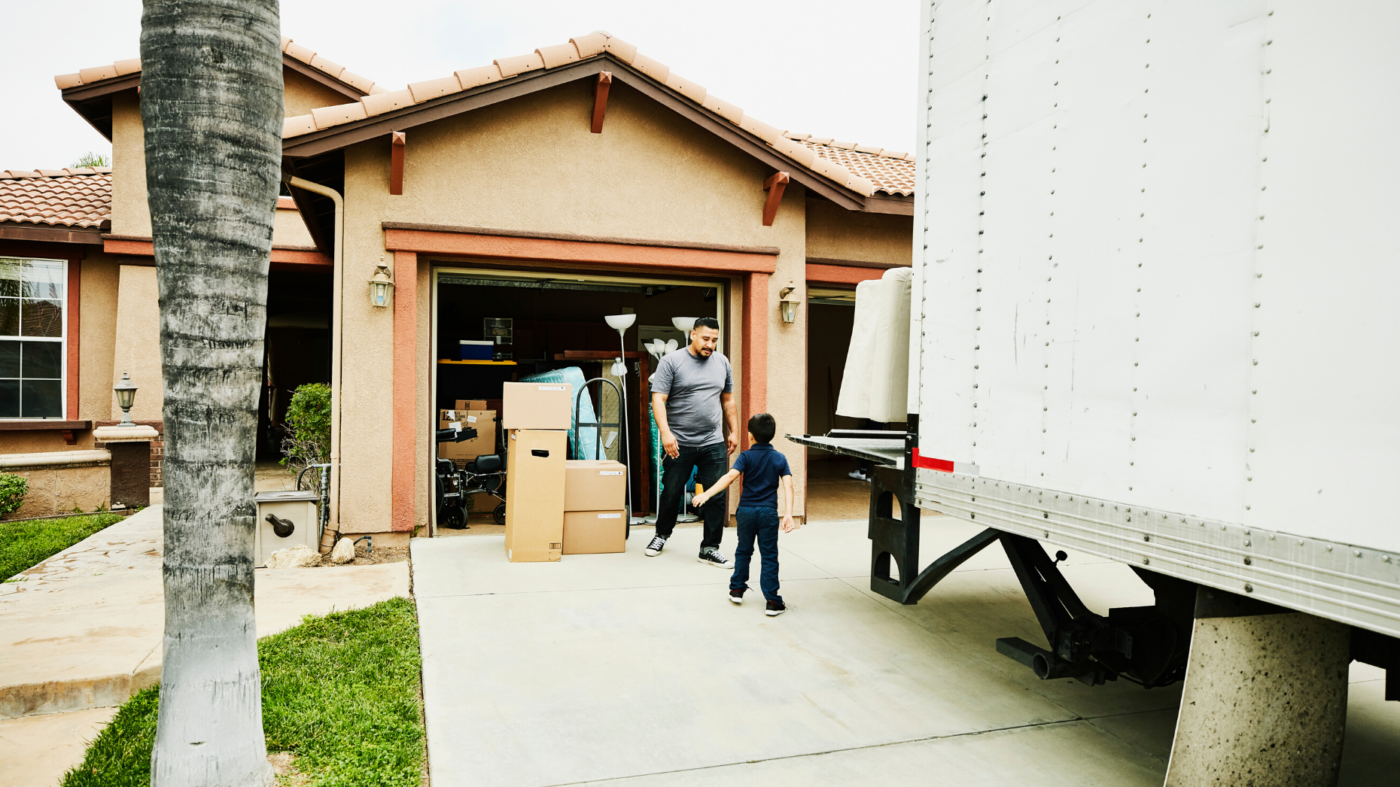 Six agents and brokers in New York City, Atlanta, Chicago, Minneapolis and Seattle share how they’re staying ahead of their clients’ newfound interest in suburban living.

As the pandemic lingers, buyers and renters in some of the nation’s largest cities are plotting their escape to the suburbs, where greenspace is plentiful, social distancing is easy, and spacious homes are on every corner.

However, housing experts have been careful not to label heightened interest as evidence of “urban flight,” since August pending sales data show the early pandemic uptick in home searches for suburban ZIP codes haven’t materialized into the suburban takeover some predicted.

“Some faint signals may have emerged in certain places, but by and large, the data show that suburban housing markets have not strengthened at a disproportionately rapid pace compared to urban markets,” a recent Zillow study read. “Both region types appear to be hot sellers’ markets right now — while many suburban areas have seen strong improvement in housing activity in recent months, so, too, have many urban areas.”

“While the national trend shows commonality among cities and the suburbs, there are regional differences that make this story more complicated,” the study added. “For example, suburban homes are spending less time on the market than urban homes in the South, but the opposite is the case in the Northeast.”

“Personally, a lot of my sellers that were rooted in Chicago are starting to have families and are thinking about having a larger home and to better schools, and they’re starting to migrate to suburbs,” Chicago Properties broker-owner Sam Shaffer told Inman on Wednesday. “But a lot of people who are leaving Chicago still want the diversity and the urban experience.”

As a result, the suburbs of Evanston, Hinsdale, Elmhurst, Bolingbrook and the North Shore are becoming hot spots for homeowners who are ready to sell their starter homes and get more space while staying relatively close to downtown Chicago and Lake Michigan.

“When we last spoke in May, I used the analogy that [the Chicago market] is experiencing this beautiful domino effect,” Shaffer explained. “You have first-time homebuyers who are looking to purchase properties since interest rates are low, making it a great time to enter homeownership.”

“Then you’re having sellers able to sell the lower price point homes, which then allows them to purchase the next level of property, from a financial standpoint,” he added.

To better serve clients, Shaffer said he’s expanded his bandwidth to include suburban listings, instead of referring them out.

“I used to refer out suburban business to like-minded brokers and now with not as many people on the roads and it’s easy to get to surrounding suburbs,” Shaffer said. “I’m starting to expand my business not only to the North Shore where I currently live but also to surrounding areas. There’s a demand for that right now.”

“We work with some executives at tech companies, who are sophisticated C-level executives who have been living in lovely parts of town such as Queen Anne or Capitol Hill and they have small children,” Gwinn said. “We’re seeing them look to Mercer Island or Bellevue, so they’re not going way out to the suburbs.”

“Mercer Island is an amazing community between Bellevue and Seattle, and we’re seeing people who want a little space, but the sophistication of the city,” she added. “We also had a listing in Maple Valley, another popular area, which is probably 40 minutes from downtown with no traffic.”

The duo said they haven’t had to make a major business shift like Shaffer, since they’ve had their foot in Seattle and Bellevue’s urban and suburban markets for years.

However, they’ve shored up their marketing plan to highlight the versatility of suburban listings, where extra bedrooms can be turned into home offices or private gyms, powder rooms become sanitization stations for guests, and expansive pantries are cast as mini grocery stores.

They’ve also made use of their connections at The Home Collaborative, their co-working space for real estate and lifestyle professionals, to help bring listings to life.

“As we have listings coming on, we’re taking a look at the buyers and what the buyers are looking for and because life is more centered on the home,” Bundy said. “Staging and design is crucial to attracting the right buyer to escalate to get to the sweet spot to the sellers.”

“It depends on how comfortable they are with the pandemic and what the new norm is going to be,” Gwinn added while noting some buyers are opting to stay downtown. “People’s emotions are across the board and so we just sit, listen and honor exactly what their situation is and find a solution.”

Focusing on the clients in the city

While Shaffer absorbed his referral business, New York City-based broker and Elegran CEO Michael Rossi launched a new partnership program to serve his clients who are ready to leave the Big Apple behind.

“Elegran was aware of this trend in the spring and developed a referral partnership program with trusted local partners in Westchester, New Jersey, Long Island, Rhode Island, Massachusetts and New Hampshire,” Rossi told Inman in an emailed statement. “We chose these strategic partners based on a rigorous vetting process that included the brand’s experience, track record and client testimonials.”

“Through this referral program, our agents can connect a client to the partner best able to assist with their specific needs,” Rossi added. “Currently we have just over 70 agents in our partnership program and have educated several hundred clients.”

“We have also referred over 30 clients to a specialist in their desired suburban neighborhood, whether for a second home or a primary residence relocation,” he continued while noting buyers don’t pay a fee for the service.

Although Rossi is offering educational sessions about the tri-state market, he said his team is laser-focused on helping clients within the city.

“While we do see this as an ongoing trend, we continue to believe strongly that New York City will rebound stronger than ever once a proven COVID-19 vaccine is in place,” he said while noting his team signed 11 contracts within the city last week. “As a result of the pandemic, it is more important than ever to focus our efforts on the NYC market and serve as an advisor to our clients to guide them through the process.”

Much like Rossi, Corcoran luxury real estate broker Beth Benalloul said she’s keeping her focus on clients within the city.

“We’ve been open since June, and I would say it’s been a slow start,” she said. “We’ve had a lot of people who have left the city temporarily during the pandemic or some are choosing to stay out of the city for the school year.”

“However, there are people who are planning to return to New York City and they want to take advantage of a market where they can buy at a lower price,” she added. “I would say right now in New York City, we’re in a buyer’s market, which isn’t true for much of the country.”

Benalloul explained some sellers have had a difficult time adjusting to the market shift, but she’s been able to strike deals where buyers and sellers walk away happy.

“There’s been a lot more negotiability on pricing, and I think sellers who are going to sell in this market need to be realistic,” she explained. “We’ve got people who are committed to New York and feel that it’s going to bounce back and they want to be in so they can get a better value before people come back.”

The demand for city living is still strong

While Shaffer, Rossi and Benalloul have noticed a more pronounced exodus toward the suburbs, Minneapolis-based Keller Williams Integrity Lakes agent Lasha Raddatz and Atlanta-based Nest Realty broker-owner Jennifer Kjellgren said buyers in their markets are sticking to the city center.

“The urban market is robust,” Kjellgren told Inman. “The inventory is lower than usual and it has definitely created high demand situations and multiple offers, which is not uncommon.”

Unlike New York City or Chicago, Kjellgren said a majority of Atlanta’s urban neighborhoods are more spacious with single-family homes, meaning buyers don’t need to venture to the suburbs.

“In general, people are re-evaluating their need for space, whether it be growing their family to needing more space to work from home, and that would translate to the suburbs from a cost of living standpoint,” she said. “We have [urban] areas with higher density, but you can go two blocks in and you’re on tree-lined streets with homes, and you’ve got parks and greenspaces.”

Raddatz, who serves St. Paul and Minneapolis, said agents expected buyers to leave the city center en-masse, especially after the civil unrest in those areas after George Floyd’s death.

“I haven’t seen a mass exodus out of the city,” she said. “There definitely are people, especially that were in the immediate area where George Floyd was murdered, I did see some people selling in that area initially.”

“I think people assumed people were going to get out of dodge between fires and violence and everything, but I have not seen that and the data shows that’s not the case,” she said. “I’m still selling a lot of properties within the city.”

Much like Atlanta, Raddatz said the Twin Cities’ downtown areas offer the best of both worlds — buyers can have the single-family homes and greenspace found in suburban areas with the great walkability and access to entertainment of urban areas.

“I think people like the walkability and I see a lot of people who are downsizing,” she explained. “These are people who are empty nesting and want to do the downtown thing at least once in their life.”

“Pre-COVID, of course, you had your shows, being close to the theater and really great restaurants,” she continued. “Things aren’t open how we’d like, but people aren’t shying away from all the great things being in the city offers.”

Looking forward, Kjellgren and Raddatz said their markets are poised to have banner years as remote working allows buyers to expand their searches.

“I think it’s going to continue to make these areas desirable,” Kjellgren said. “I have clients who I’m talking to right now and they’re considering relocating from New York to be closer to family and they have young children and they’re able to work from home now, so their priorities have shifted.”

“You get a lot more bang for your buck at the same price point than you do in New York City or Brooklyn,” she added. “When working habits have changed, I do think it’s going to be good for our city. Our market has been explosive, even during a pandemic.”