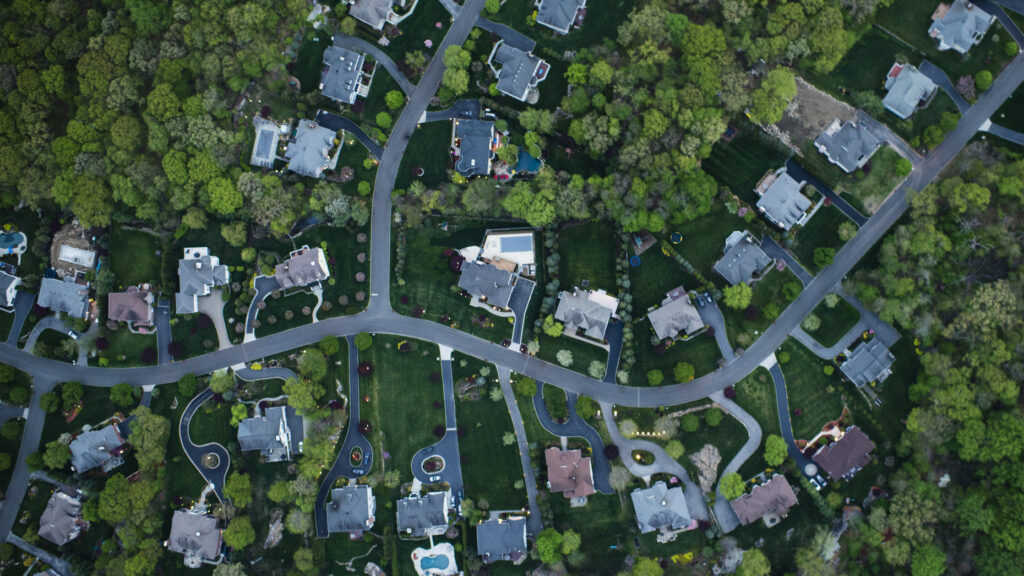 Buyers are eyeing suburban ZIP codes as coronavirus lockdowns lift across the country, according to a realtor.com report released Wednesday.

As the summer real estate rush begins in certain regions, buyers are turning their sights from urban listings on bustling city streets to suburban and rural homes with space to spare. According to a realtor.com report on Wednesday, listings in suburban ZIP codes experienced a 13 percent increase in views in May — a six percent lead on listings in urban ZIP codes. 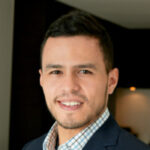 Fifty-four of the nation’s largest 100 metros experienced this shift, with suburban listing views increasing from Q1 2020 and Q2 2019. During this time, suburban and rural ZIP codes dominated realtor.com’s Hottest Market rankings, which are based on listing views and time-on-market data for 20,000 ZIP codes. In May, suburban and rural ZIP codes experienced median jumps of 404 spots and 846 spots, respectively.

“This migration to the suburbs is not a new trend, but it has become more pronounced this spring,” Vivas said. “After several months of shelter-in-place orders, the desire to have more space and the potential for more people to work remotely are likely two of the factors contributing to the popularity of the burbs.” 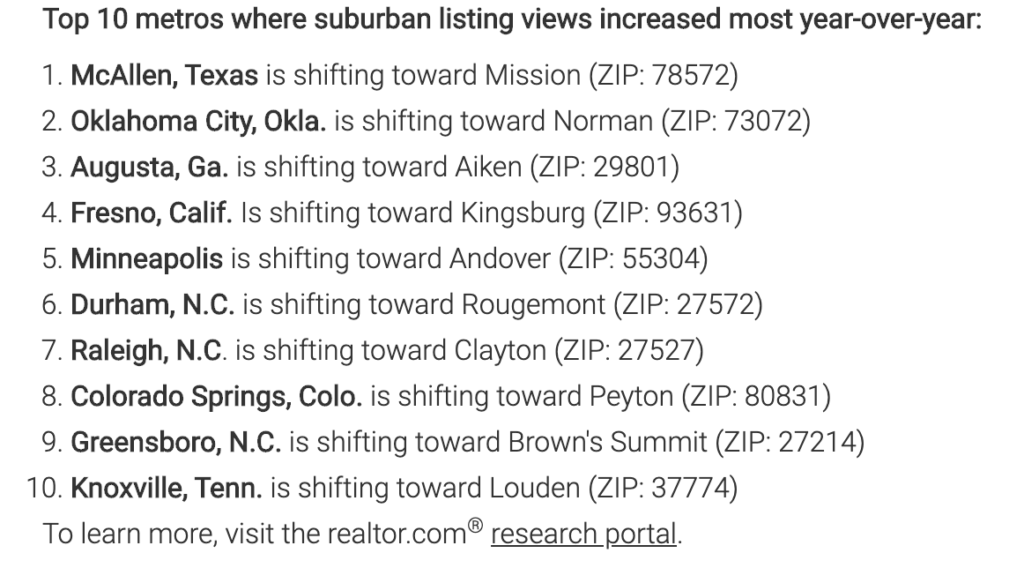 “Suburban interest typically peaks during the summer, as families look to move before the start of the school year,” Vivas concluded. “However, suburban interest in May outpaced last year’s July peak, which could indicate even stronger interest in the suburbs as the summer homebuying season continues to heat up.”

Realtor.com’s findings align with a recent Redfin report that revealed a three percent increase in saved searches for single-family homes to 36 percent, the highest save rate since 2016. At the same time, saved searches for condos, townhouses, and multifamily listings dropped — signaling increased buyer interest in suburban neighborhoods.

“People who were previously willing to share space with strangers in exchange for a nice view and a quick commute now want their own yards and home offices,” said Redfin Lead Economist Taylor Marr. “Flexible work-from-home policies have made this dream achievable for many house hunters.” 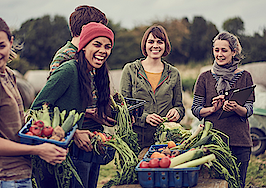 Welcome to the 'agrihood': How COVID-19 is popularizing agricultural neighborhoods