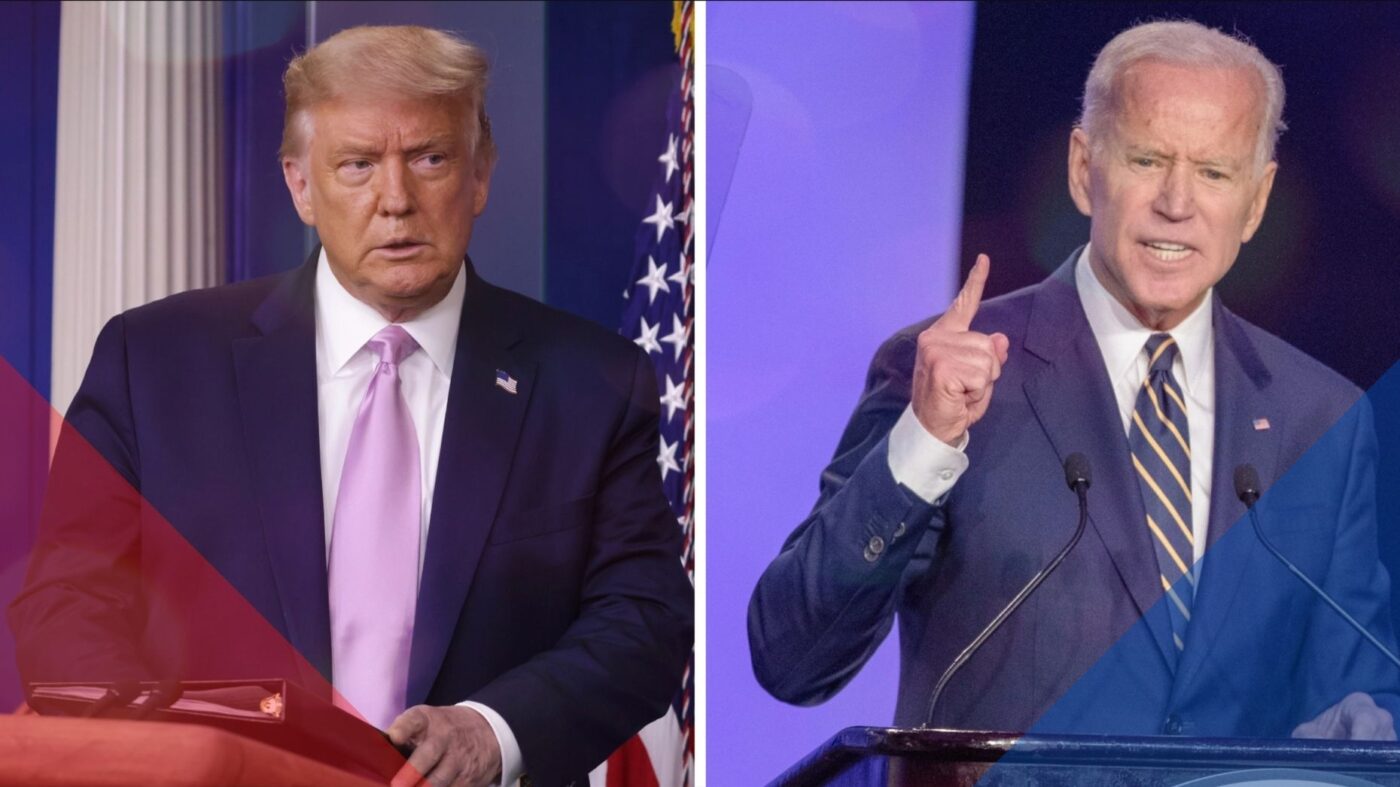 The president and former vice president have sharply divergent views of how to handle things like housing affordability, discrimination and homelessness.

The 2020 presidential election is less than three months away now, and there’s probably no issue with more on the line than housing. After years of skyrocketing home prices in many parts of the country, the housing sector has seen a particularly wild ride this year during the coronavirus pandemic.

Which is to say, whichever candidate wins in November, he will have to deal with long-standing affordability concerns, newer pandemic-related uncertainty and other issues such as discrimination and homelessness.

With that in mind, here’s how President Donald Trump and former Vice President Joe Biden stack up on the issues:

Trump has been governing for four years, meaning he has an established and recent track record at this point that offers insights into what he might do going forward. Here’s what he’s done:

Trump made headlines in July for tweeting that “people living their Suburban Lifestyle Dream” would “no longer be bothered or financially hurt by having low income housing built in your neighborhood.”

The president’s opponents criticized the comment as flirting with segregation, but in terms of policy Trump followed up the tweet by noting that he had rescinded an Obama-era regulation that was meant to counteract housing discrimination.

Trump’s critics have tended to frame these moves as craven political ploys that ultimately make discrimination worse. The president and his allies, however, tend to situate them within Trump’s broader project of loosening regulation, including for the housing industry.

That Obama-era regulation was also designed to support affordable housing. The Trump administration’s replacement policy required local authorities to self-certify that housing was affordable, though Politico described that requirement as “a significant scale-down of the Obama-era rule.”

Trump’s 2017 tax cuts also included incentives for builders to erect housing in low income “opportunity zones.” Trump has claimed the program was a success and that “$100 billion of new investment” poured “into 9,000 of our most distressed neighborhoods in the country.” However, The New York Times has characterized the program as a windfall for the rich, and others have questioned the accuracy of the $100 billion figure.

Either way, though, Trump’s approach to both housing affordability and housing discrimination show that he leans heavily toward a doctrine of cutting regulation.

The federal government imposed an eviction moratorium for federally assisted properties amid the coronavirus. Then earlier this month, Trump issued an executive order that aimed to provide “assistance to renters and homeowners.”

The order did not include a straight-forward extension of the eviction moratorium, but did instruct regulators to “consider whether any measures temporarily halting residential evictions of any tenants for failure to pay rent are reasonably necessary to prevent the further spread of COVID-19.”

Among other things, Trump’s 2017 tax plan limited the amount of state and local taxes people could deduct on their federal returns to $10,000. Property taxes are among those that can be deducted, so the policy tended to favor people in states where they were paying less than $10,000, rather than people in high-tax (often coastal) states where property taxes routinely exceed the limit.

Trump also lowered the limit on the mortgage interest deduction. Previously, homeowners could deduct the interest on mortgages of up to $1 million. However, Trump’s tax changes imposed a cap at $750,000. This change, too, tended to benefit homeowners in more affordable areas rather than those in pricy markets such as New York or San Francisco, where mortgages on even middle-class housing routinely exceed $1 million.

Trump has focused criticism on the homelessness crisis in California, and in September reportedly sent a fact-finding team to the state and was planning a crackdown. In November, a White House spokesperson accused local governors and mayors of ignoring the issue, and promised that “President Trump is not going to sit idly by.”

A crackdown — or some other sweeping boots-on-the-ground initiative — never materialized, but the comments do indicate that homelessness is at least on the president’s radar.

A year ago, the Trump administration released a long-awaited plan that would see Fannie Mae and Freddie Mac — which back about half the mortgages in the U.S. — privatized. The Wall Street Journal characterized the proposal as a boon for investors, but counter to long-standing promises from lawmakers on both sides of the aisle to eliminate Fannie and Freddie.

Though this proposal hasn’t yet come to fruition, it does illustrate how the Trump administration would like to seem more privatization and less government involvement in the housing market.

Biden was a legislator for a long time, but hasn’t been in office for years — a period during which his views appear to have evolved considerably. However, as a candidate for president, Biden has outlined a plan to address some of the housing industry’s more pressing issues.

Biden’s housing proposal identifies a lack of supply as the root of affordability issues. To solve that problem, Biden has promised to invest $640 billion over the next 10 years. Among other things, the plan would provide “financial assistance to help hard-working Americans buy or rent safe, quality housing.”

The plan also calls for increasing supply via “investments in resilience, energy efficiency, and accessibility of homes.” Moreover, it raises the possibility of building more affordable housing through investments in the federal government’s Housing Trust Fund.

It’s significant that both Biden and Trump seem to take a supply-and-demand oriented approach to housing. Biden’s plan does call for more government intervention and leans further left than Trump’s, but it’s still closer to the political center than proposals from other members of the left such as Bernie Sanders.

Biden’s housing proposal dedicates a significant amount of space to ending “redlining and other discriminatory practices.” He specifically wants to create a “Homeowner and Renter Bill of Rights,” modeled on a California law, that among other things would apply more regulations to lending and foreclosure processes. The bill of rights would also prevent landlords from discriminating against tenants who receive federal housing assistance.

Many of these ideas are the ideological opposite of Trump’s; while the president sees rolling back regulation as a center piece of his administration, Biden would use regulations to enforce fair housing policy. And indeed, Biden’s platform specifically calls for the rolling back of “Trump Administration policies gutting fair lending and fair housing protections for homeowners.”

However, Biden does want to eliminate local regulations such as exclusionary zoning, which “perpetuate discrimination.” In this way, Biden and the Trump administration actually have some overlap, with Housing and Urban Development Secretary Ben Carson saying in 2019 that he would like more cities to ditch single-family zoning.

Biden has not been an elected official during the pandemic, but his proposed plan for the coronavirus does state that “no one should face foreclosure or eviction because they are affected by the COVID-19 crisis.” To that end, he is calling for mortgage and rental relief for people impacted by the outbreak.

Biden has said that if elected he will roll back Trump’s tax cuts, presumably including deduction rules for things like mortgage interest and local and state taxes. In July, The Wall Street Journal reported that “coastal elites are salivating at the idea of again itemizing their state and local property taxes and mortgage interest.”

Additionally, Biden wants to give first-time homebuyers a $15,000 tax credit. The idea behind the credit would be to assist people in buying homes at a point in their lives when they often don’t make enough money to qualify for other kinds of tax benefits.

Another entire section of Biden’s housing proposal is dedicated to homelessness. The proposal calls for emergency funding for things like shelters and vouchers; policy reform to prioritize a “housing first” strategy to solving the issue; and special policies for certain groups such as veterans, LBGT individuals and the disabled.

Breaking down the housing proposals of Biden and Sanders

Inman Handbook: Branding your way to success
Back to top
New sessions have been added to Connect Now Agenda on October 20th! Check out the power-packed lineup. SEE THE AGENDA×
Inmanpot