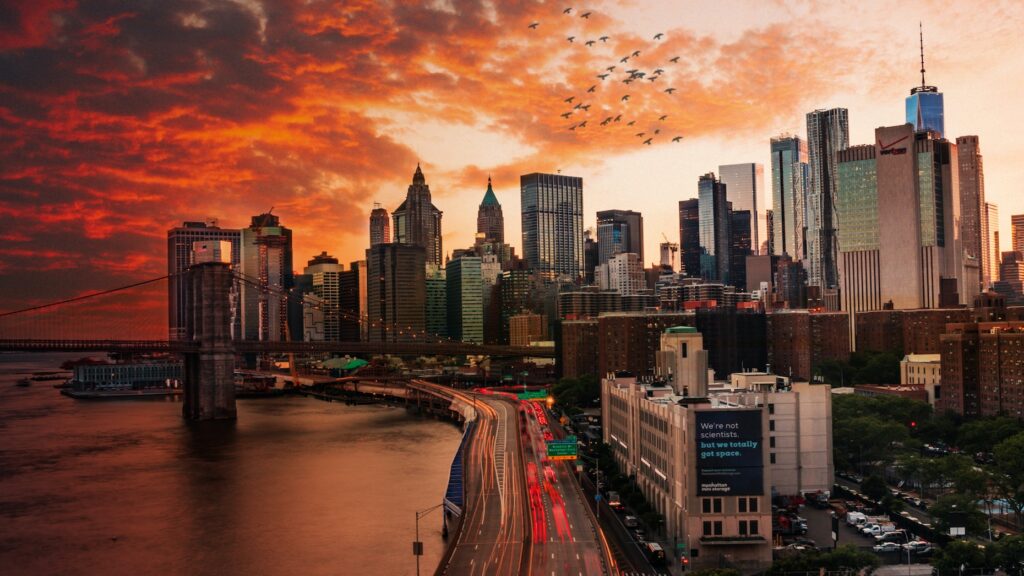 After bottoming out in May and June, signed contracts in Manhattan have begun to rebound, according to a new report released Thursday by Warburg Realty.

The New York City real estate market, which despite a reputation for high prices has actually struggled through the ongoing coronavirus pandemic, is beginning to show signs of recovery, according to a new report.

The report, out Thursday from Warburg Realty, shows that after bottoming out in May and June, signed contracts in Manhattan have since begun to rebound. And while home prices are generally down — by as much as 15 percent at the more affordable end of the spectrum and as much as 25 percent at the higher end — there is now “real energy and absorption in the less costly parts of the market,” the report states.

“Our third quarter reawakening has seen strong activity particularly in the market for properties costing $2 million and under; according to UrbanDigs, this price range has represented over 70 percent of all deals made since March 23,” the report adds. 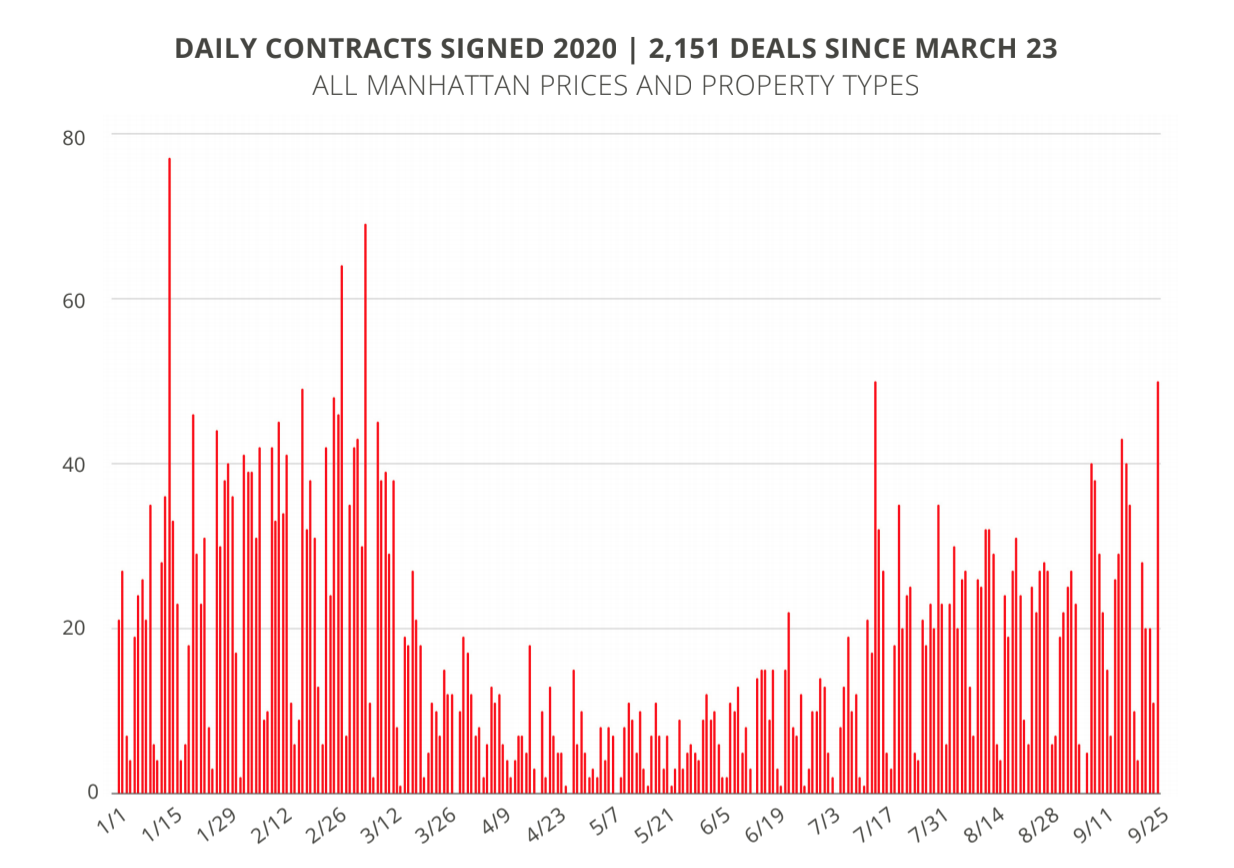 The report also notes that COVID-prompted pricing adjustments are key to closing deals.

“Those sellers who cannot adjust to the altered reality, whether they came onto the market before the shutdown or during the third quarter, receive little attention,” the report explains. “At the other end of the spectrum, even properties for $5 million can move quickly […] if they hit a sweet spot in the market.” 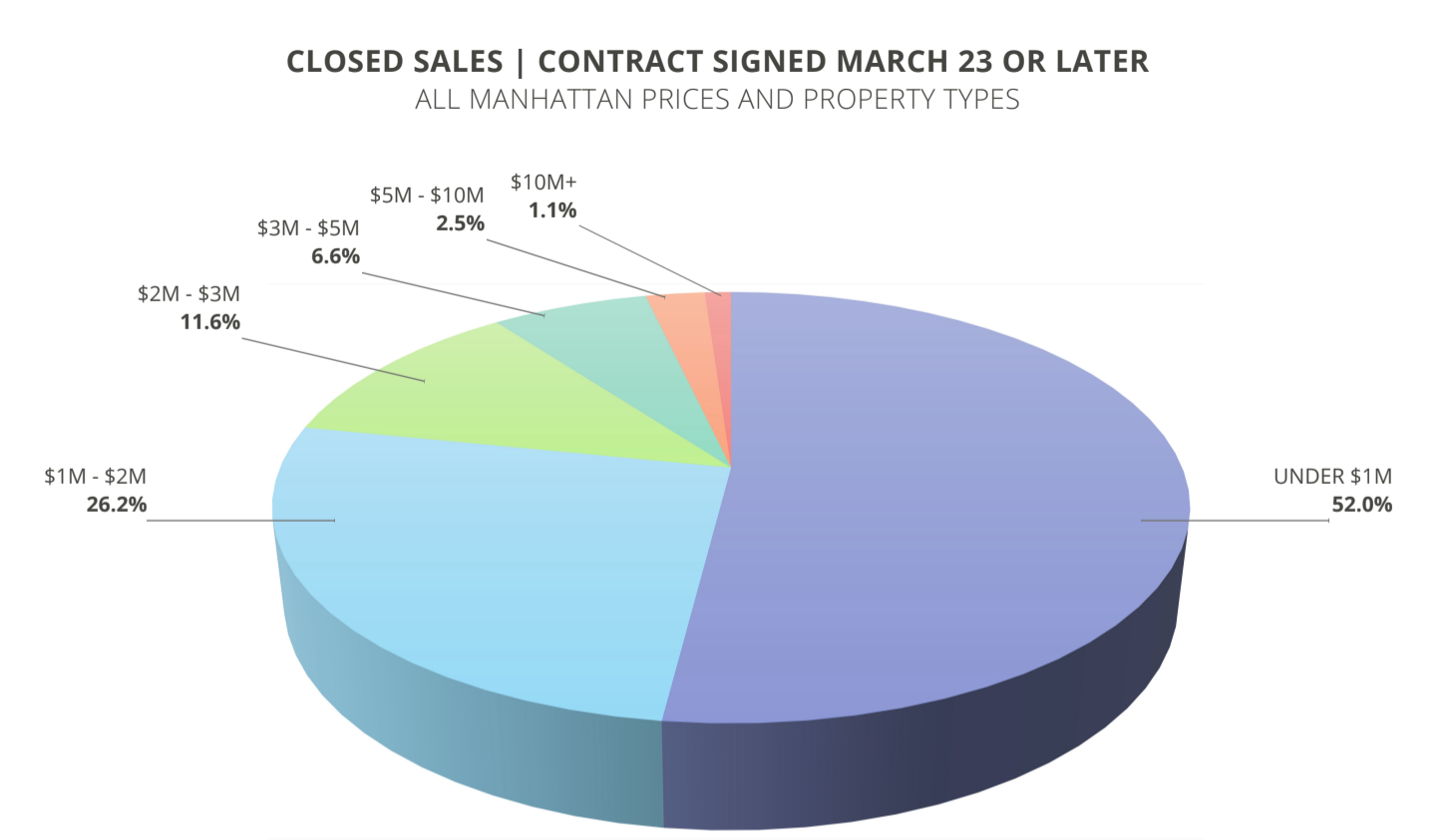 The report also notes that the recovery in Brooklyn appears to be even stronger. The borough, which is New York City’s most populous, “has considerably more inventory priced at $2.5 million and under,” the report explains, and it “has regained more buoyancy” than Manhattan.

“Incidences of competitive bidding are higher and mid-priced properties are trading more briskly,” the report adds of Brooklyn.

These developments stand in stark contrast to what was happening earlier this year. The report explains that the coronavirus shut down New York’s “business entirely from mid-March until the last week of June, essentially eradicating the second quarter and the spring market.” Moreover, many New Yorkers left the city to shelter in place elsewhere, and the many cultural offerings that make the city attractive in normal times ended up becoming “the things which made it dangerous,” according to the report.

It also didn’t help that there was some initial confusion over what kinds of real estate activities could take place in New York. And ultimately by April a report showed that broker confidence in New York had plummeted to record low levels.

Making matters worse, Warburg’s report points out that New York already had a glut of condos when the pandemic arrived.

Activity now in New York is still not back up to pre-pandemic levels, but the new report does at least celebrate that things finally appear to be moving in the right direction. 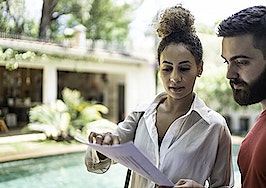 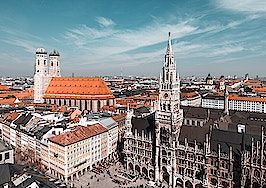