RE/MAX’s Q3 2020 total revenue declined 0.7 percent annually to $71.1 million as the company bounces back from a decline in dues and franchise fees.

RE/MAX is still on the rebound after a troublesome second quarter marred by the coronavirus and slowed home sales activity due to lockdown measures. The company’s COVID-19 financial assistance program for franchisees coupled with “a previously announced recruiting initiative” pushed its total revenue down 0.7 percent year-over-year to $71.1 million, according to a third-quarter earnings brief released Thursday.

“The continued execution of our strategy, coupled with the U.S. housing market’s remarkable run, drove our very encouraging results for the third quarter,” RE/MAX Holdings CEO Adam Contos said in a statement. “The agent count in both the U.S. and Canada increased sequentially on a month-to-month basis during the third quarter, particularly in Company-owned regions, after stabilizing at the end of the second quarter.”

“Agent count outside the U.S. and Canada surpassed the 50,000 mark during the quarter, and has now doubled in just five years,” Contos added. “Many of our RE/MAX agents and brokers are reporting their best years ever, and our Motto Mortgage business also continues to show impressive growth, as its franchise sales through the first nine months of 2020 nearly matched the full-year total for 2019.”

Much like Q2, RE/MAX’s franchise fee deferral program impacted the company’s revenue, which excluding marketing funds, totaled at $53.8 million. The program allowed franchisees to defer 100 percent of their franchising and marketing for April and May, which resulted in a $1 million decrease in revenue generated from franchise fees and annual dues.

Yet, a bump in home sales during the summer helped offset some of the franchise fees and annual due losses due to an increase in broker fees, which franchisees were still required to pay.

“They were still required to pay their broker fee at the regular time with an additional 1 percent on top of the normal 1 percent broker fee,” a previous Inman article explained. “If the franchisee deferred both months, the broker fee increased to 3 percent, until the deferred fees were repaid.”

In addition to the franchise fee deferral program, RE/MAX’s agent recruiting program had a significant impact on the company’s earnings during Q3. The company said the program, which waived select fees on newly recruited agents for a limited time to help bolster agent count and retention, was a “primary” reason for the 0.7 percent decline.

“The strategic acquisitions of wemlo and Gadberry Group during the third quarter both tie directly into our strategy of adding value for the RE/MAX and Motto Mortgage networks while broadening and diversifying our revenue and growth opportunities,” Contos said. “These acquisitions benefit our memberships, strengthen our technology and data core, and create promising commercial possibilities beyond our networks.”

Looking forward, RE/MAX expects to continue its upward march with a Q4 2020 revenue of at least $69 million, including revenue from marketing funds totaling at least $17.5 million. For FY 2020, the company expects a total revenue of between $262.5 million to $265.5 million with a 5.25 percent annual increase in agent count. 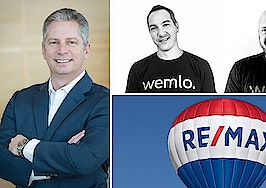 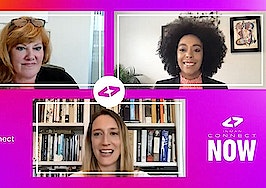