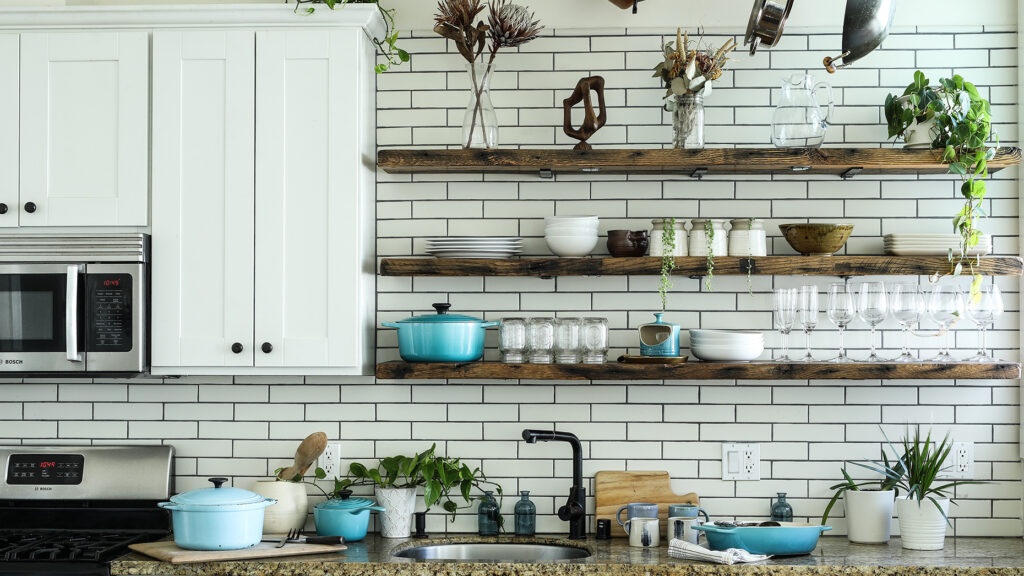 by Leah Curtis
for RE/MAX

Were shiplap walls a desirable home feature before being popularized by the beloved HGTV show “Fixer Upper?” The refurbished planks, often painted white, are now seen in contemporary homes rather than the barns and cottages for which the concept originated.

Over the past decade, there has been an uptick in general interest for “DIY culture,” with attention on the home renovation process and budget-friendly decorating tips. Many viewers are now curious about rehab costs and what various price points can land them around the country. This is likely caused by the satisfaction of seeing a before-and-after reveal as a house goes from uninhabitable to enticing in less than an hour’s time (on the screen only, of course).

This growing interest in real estate TV programs, however, has inspired more people to complete their own renovations—and altered how interested buyers shop for homes.

A shift in homebuyer expectations

Interior design trends evolve each year but are most notably grouped by decade. We can look back at the gold and brown hues of the 1960s’ “Brady Bunch” era or the glossy oak and laminate materials of the 1990s for reference.

Popular DIY TV shows, often seen on the HGTV, DIY Network and TLC channels, have recently led the way in shaping admired home features. For example, there has been a movement from darker, cherry wood kitchens to lighter and brighter ones often with a modern-farmhouse twist.

Other features creating a buzz with the help of TV exposure are rattan fixtures, subway tiles, stainless steel appliances, pale grey paint colors and the resurgence of mid-century modern furniture— just to name a few.

“Design trends are looking a bit more mid-century modern coupled with Scandinavian these days, with the idea that ‘less is more,’” explains Melissa Carrington, who holds a degree in interior design and is the Broker/Owner of RE/MAX Elite in Rockaway Beach, New York.

Agents know today’s consumers are hyper-aware of evolving home trends, so certain aspects of a house—like an outdated kitchen—can send prospective buyers running. This is commonly known as the “HGTV effect.” In general, many modern house hunters aim to buy a home with turnkey capability and upgraded features rather than choosing a house that has potential.

“A lot of buyers assume that everything is going to be renovated and working perfectly when they move in, and that’s just not how it usually is. Especially where I work in New York, if they’re purchasing an older home, typically above market value, they’ll have to make any kind of renovations or repairs post-closing,” Carrington says.

On the flip side, DIY TV shows have also shown homebuyers that taking on a fixer-upper property is, in fact, possible. Without the visuals, it’s hard to imagine a beautiful home when standing in front of a dilapidated structure. But with the process laid out in a half-hour special, home renovations seem less daunting.

Homebuyers looking to take on a fixer-upper property, however, should know it’s not always a bargain hunt and to take the experience—and costs—they see on TV with a grain of salt. In some cases, renovators on popular shows receive discounted prices on supplies which can lower the overall cost of the renovation, as opposed to if the same clients had completed the rehab themselves off-air.

And, as these shows often do reflect, the majority of renovation projects end up having costly surprises. Accordingly, unexpected costs must be budgeted for prior to beginning the demolition—or even the initial purchase of the home.

“The purchase price is just as important as what [the client] thinks they’ll spend on the renovation,” Hornsby says. “There’s always something that happens that will make the renovation cost more. There has to be a margin that is worth their time and energy.”

Additionally, the timeline seen on TV is often a much quicker turnaround than in reality. Many homeowners inspired by DIY shows may be in for a shock when materials are on backorder and timelines get pushed out.

DIY TV shows have raised interest in the industry as a whole, increasing buyers’ awareness and understanding of real estate. Viewers watch these shows as a source of entertainment, but ultimately retain information and apply it to their own homebuying, selling, and owning journeys.

In 2020 especially, houses serve more roles than ever before—like being a workspace and remote school—but they also exist as a place of safety and rest. That’s why people are uniquely eager to live in a home that feels like a sanctuary, and these accessible TV shows expose consumers to both costly and budget-friendly—but always creative—ways to make that happen.