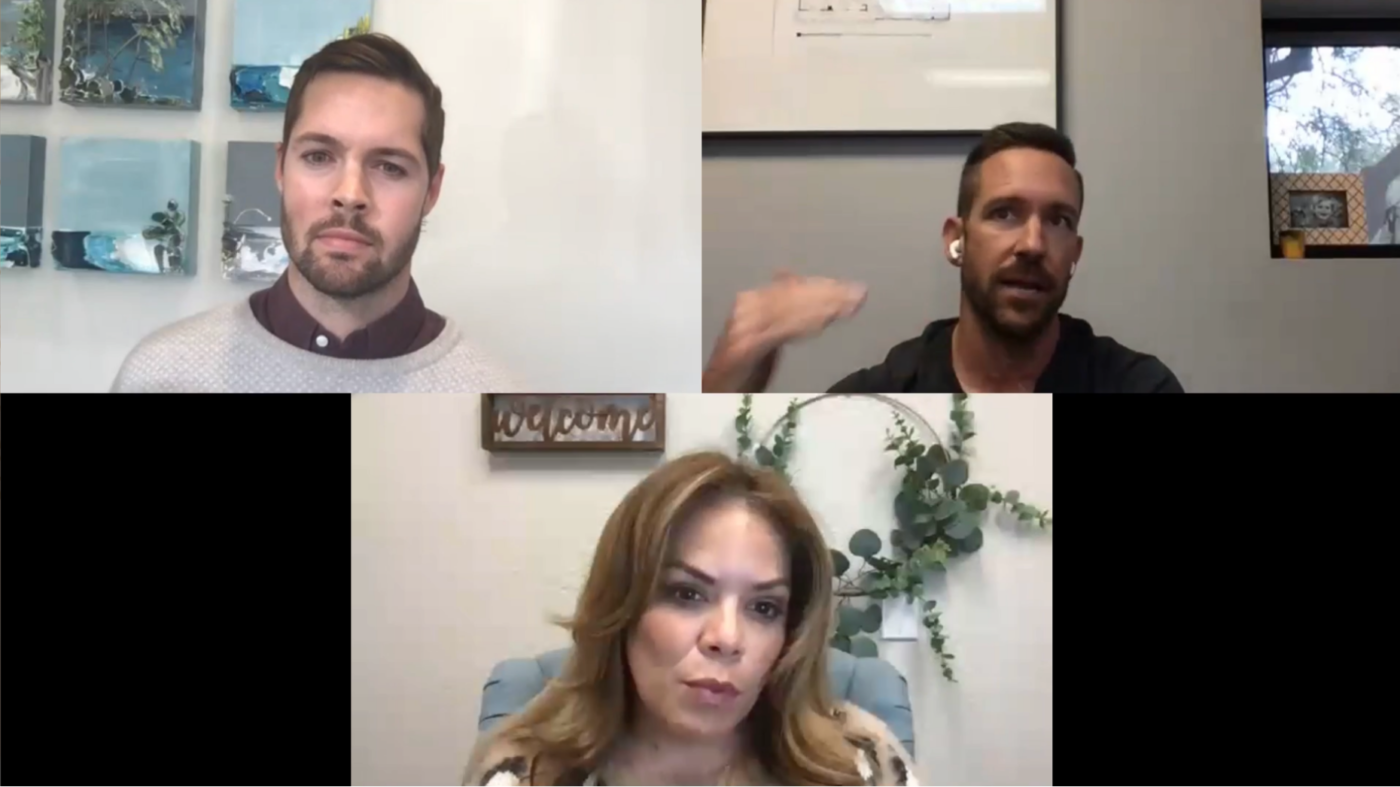 Crafting a business plan for yourself is hard enough so it’s easy to imagine how difficult it is for team leaders who carry the weight of leading their agents and staff members into a new year filled with opportunity and unpredictability.

In a Connect Now mastermind session with Figueroa Team leader Veronica Figueroa, The Spears Group team leader Jonathan Spears and The Laughton Team leader George Laughton shared their tips for building a successful organization, from making smart hires to building tech stacks and setting goals everyone can get behind.

Here are the five things Spears and Laughton suggested every team leader do in 2021:

Laughton’s team includes more than 200 agents and 70 staff members who serve three markets in Arizona and California. To effectively and swiftly manage his team, Laughton relies on an expertly built tech stack that includes proprietary and third-party programs to keep track of transactions, productivity, and much more.

“Some of the things that lead [to our $1 billion transaction volume] is having a strong tech stack knowledge, understanding technology, and having people that I never thought I’d have on staff, right?” he said. “[We have] developers and people that are really IT-oriented and automations-oriented [who] just improve the process.”

Laughton said the star of his tech stack is Grow, a business intelligence platform that allows him to view data from his customer relationship management (CRM) system, QuickBooks, and other third-party platforms in one place.

“It helps us reimagine the way we can do real estate and how we can minimize the pain points for our clients,” he said of his tech team and resources.

Spears has a small team of six agents and four staff members, which is a result of his thoughtful approach to hiring that includes examining a potential hire’s level of empathy and emotional intelligence.

“I’ve got the market share of high inventory, and we’ve got an incredible client base, but I’m looking at who I’m interacting with on a daily basis, and who’s not only going to enhance my life but how can I enhance theirs as well,” he said.  “So there’s this mutual partnering, that’s beneficial to both parties.”

In addition to making sure a new agent or staff member contributes to the team’s culture, Spears said he hires “to his weaknesses” to make his team stronger.

“Our CEO, George, is an accomplished agent out of South Florida and [I] realized very quickly that his gift was also managerial,” he said. “George has elevated to a point where he’s making sure that his clients ideally are his agents, and is supporting them so they ultimately are able to support their customer at the absolute highest level.”

“For me, what I’ve realized is that my gift is on the sales side, where I’m interacting with customers every day, in front of folks,” he added. “So I realized the need for this structure on the team end with a non-competing broker of sorts; it’s really a broker inside of my brokerage, and I was able to bring him on, and he’s personally responsible for our team growth.”

Keeping in line with his centralized approach to technology, Laughton said he’s adopted a “simplified pod model” to keep his three teams in Phoenix, Tucson, and Orange County on the same page. Each market is managed by a salaried team leader who makes sure agents are on track to meet or surpass their quarterly and annual key performance indicators (KPIs).

“I have team leaders in each region, these are W-2 employees that are paid a base salary, plus a portion of company dollar, and then they have a team and goals that raise up every year, and then they have year-end bonuses should they hit 120 percent of attainment,” he explained. “That’s the way we’re set up right now.”

He concluded, “So that’s why we’re set up [how we’re set up]. Every time we grow to a certain point, I just add another pod, right?”

Create a clear path to advancement

In addition to his pod model, Laughton said he’s outlined a clear path of advancement with agents starting at “level one” and working their way to “level four,” which allows them to lead their own outfit within The Laughton Team.

“The level one agents have got to come in, show they’re ready, willing, and able to do what it takes,” he added. “You have to show up and perform, and then from that point, you’re given the opportunity to take leads.”

Focus on quality over quantity

When it comes to marketing, Spears said it’s easy to pump out tons of content and jump at every opportunity that arises. However, he said it’s better in the long-run to focus on creating engaging content that allows you to forge relationships with consumers and strategic partners.

“We’ve hired a public relations team that’s separate from Sotheby’s International Realty, which has been a great platform for us to leverage,” he said. “Having somebody who’s very proactive going after different media opportunities and seeing opportunities for specific properties we have coming down the pipeline that may fit really well is a must-have.”

“For us, we’ve always pursued quality over quantity,” he added. “So instead of competitors in our market that buy followers just to get some swipe-ups, for us, it’s [about] making sure that the folks that we’re targeting are organic, potential prospects in our market.”

Sponsored Content
Ask Me Anything: What KPIs should we track in 2021?

The biggest challenges teams face in 2021

Future-proof your business in 2021

The Real Word: Is New York City making a comeback?