Listing brokers and agents will not be able to opt out of having the compensation they’re offering made public, according to the California Regional MLS.

As of Feb. 15, the nation’s largest multiple listing service, California Regional MLS, will join 65 other MLSs around the country in allowing its agent and broker subscribers to display buyer’s broker commissions.

CRMLS, which has more than 104,000 subscribers, said it’s making the change in the wake of a proposed settlement between the National Association of Realtors and the U.S Department of Justice.

On Nov. 19, the DOJ filed an antitrust lawsuit against NAR alleging some of its rules are restraints on Realtor competition. In a proposed settlement filed at the same time as the lawsuit, NAR agreed to overturn a rule that previously prohibited the public display of commissions offered by listing brokers to buyer’s brokers for bringing a buyer to a sale, also called the selling office compensation (SOC).

“We have brokers that want to display this information, and it is a very straightforward rule change based on the clear language of the proposed NAR and DOJ settlement document,” CRMLS CEO Art Carter told Inman via email. “There is no reason to make our brokers wait.”

In the last couple of weeks, at least two high-profile real estate firms, RE/MAX and Redfin, have begun displaying buyer’s agent commissions in the 65 markets where MLSs have allowed the data to be displayed.

CRMLS subscribers will have the option of whether or not to display buyer’s agent commissions on their own Internet Data Exchange (IDX) websites — just as they do with any other IDX field, CRMLS General Counsel Edward Zorn told Inman in a phone interview. IDX websites display pooled listings from an MLS.

Listing brokers and listing agents will not be able to opt out of having the commission they’re offering be publicly displayed, however. “The proposed DOJ and NAR settlement does not provide any opt-out rights to the listing agent,” Carter said.

Whether the commission display comes with any sort of explanation will be up to the individual broker or agent operating their own IDX site, according to Carter. “It is the broker’s decision on how to communicate and market their own value propositions,” he said.

CRMLS will not include the buyer’s agent commission in its feeds to third-party sites such as realtor.com, homes.com or homesnap.com, according to Carter. Listing brokers are already allowed to display compensation on their own listings on their own site or on any other sites where they decide to place their own listing, he said.

“CRMLS has no rule that limits what information any listing broker may display about their own listing,” Carter said. “The rules govern what can be displayed about another broker’s listing. However, they may not display other Brokerage Selling Office commission amounts in feeds to third-party sites.”

Listing agents and brokers are required to offer selling office compensation when submitting a listing to CRMLS, per a NAR mandatory policy, Carter added. Northwest MLS, which is not Realtor-affiliated and was likely the first MLS to allow public display of buyer’s agent commissions back in October 2019, does not have that requirement.

CRMLS is not waiting to implement other rule changes in the proposed NAR-DOJ settlement either. In its lawsuit, the DOJ criticized NAR rules that allowed MLS subscribers to filter search results by compensation and that prevented non-Realtors from accessing lockboxes.

CRMLS has reached out to lockbox company Supra to discuss how to grant access to non-CRMLS licensees. Supra competitor SentriLock, which is owned by NAR, already offers one-time use codes for non-members, according to Zorn. 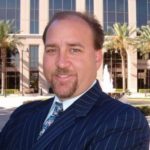 In either late November or early December, CRMLS eliminated the ability to search by compensation amount in most of its four front-end platforms, which are Corelogic’s Matrix, Black Knight’s Paragon, FBS’s flexmls, and Rapattoni’s system, according to Zorn. As of Thursday afternoon, Zorn said he wasn’t sure which of the platforms had made the change.

Zorn said that agents may filter searches by compensation for reasons other than steering a client away from a particular home, which he agreed was unethical. For instance, Zorn said, agents may conduct such searches at the request of their buyer clients if the buyers don’t want to fall in love with a home they won’t be able to afford because they have to pay their buyer’s agent if the listing agent is not offering at least the amount the buyer contractually agreed to pay their agent.

“This actually could happen in a seller’s market, because let’s be honest, sellers have lots of buyers available to them,” Zorn said. “So if you have some downward pressure on commissions, this scenario I just painted is possible.”

Regardless, at the time of the change, CRMLS found that of the more than 250,000 active saved searches in the system, less than 1.5 percent of those searches used the compensation field. That includes searches that agents saved for themselves as well as searches on behalf of buyers in which agents sent them search results or set up listing alerts for them, according to Zorn.

At a competition workshop held by the DOJ and the Federal Trade Commission (FTC) in 2018, Carter pointed out that MLSs only track the selling office compensation, not the total commission the listing broker receives from the seller.

“We may track what the selling office compensation is, but it’s not a complete picture of the commission structure that is being paid in a real estate transaction,” Carter said at the workshop. “So from my standpoint, we can track all we want what’s being offered on the sell side, but in all honesty, that’s market driven. And you’re going to see fluctuations in that figure based on whether or not it’s a seller’s market or a buyer’s market.”

While some backers of displaying commissions publicly believe that will help drive commissions down, it’s possible that sellers will see what other sellers are offering and that will reinforce the status quo or even drive buyer’s agent commissions higher.

“We’ll have to see what happens, but let’s just say I’m not going to be surprised if you don’t see a downward pressure just because they’re displayed,” Zorn said. “I think it’s good that the consumer gets good information. That’s important. As an MLS, it doesn’t really matter to us. Whatever is good for helping people transact real estate transactions and makes it easier for consumers and brokers to consummate the deal is good with us.”

Asked why MLSs don’t track the total commission, Carter said, “Ask NAR; it is their [mandatory] policy. We believe it to be for antitrust concerns.”

Inman has reached out to NAR and will update this story if and when we hear back. 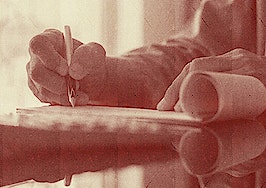