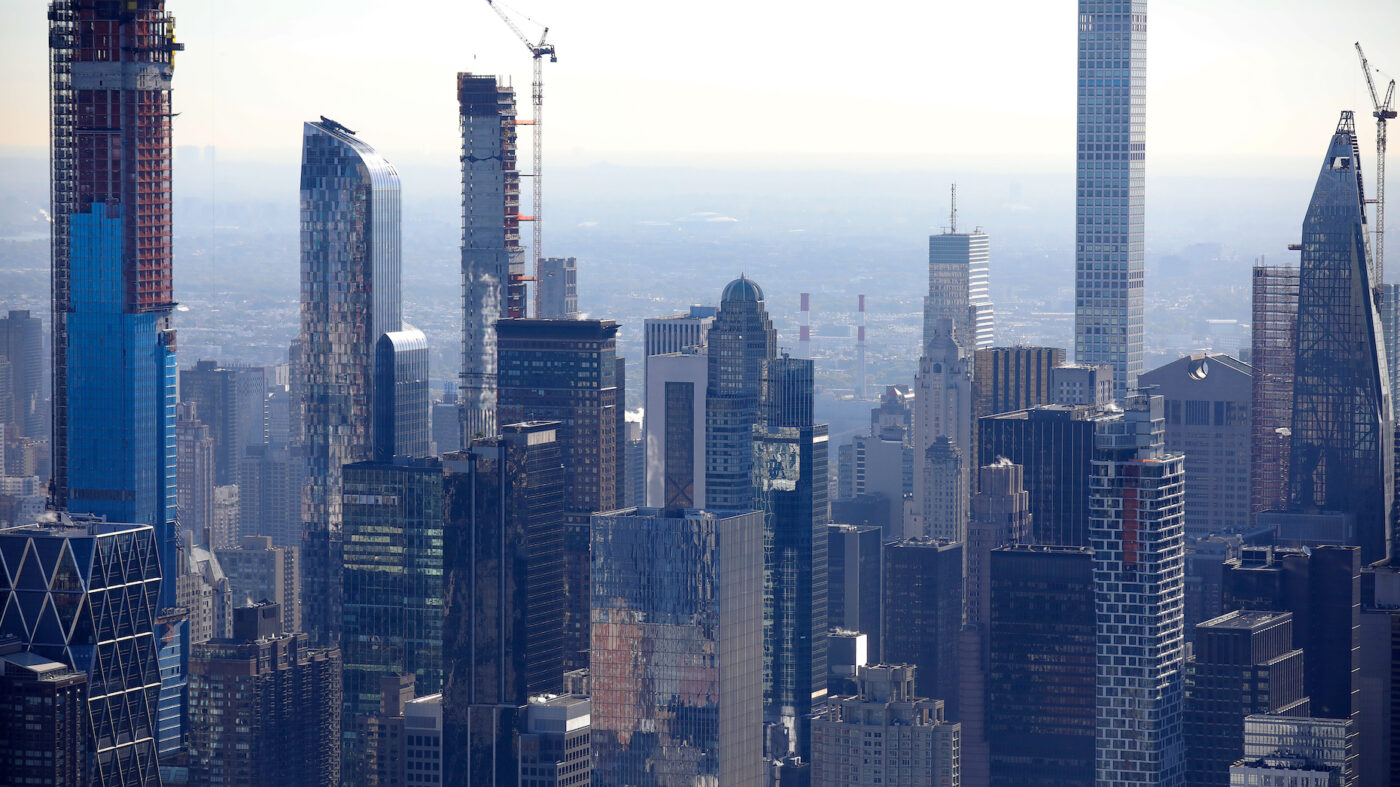 When COVID-19 began to spread last year and the country began shutting down, many New Yorkers packed up and moved to less dense areas. Now, the state’s real estate market is once again beginning to pick up.

Last summer, New York City apartments reached their highest vacancy rate in 14 years as its residents migrated out of the city.

But there is hope for the state once again as the close of the first quarter brought Manhattan its highest level of residential home sales in the past 14 years. In March, there were about 1,500 Manhattan residences in contract to sell. This marked the highest number of deals for any one month in 14 years, data from real estate analytics firm UrbanDigs showed. Signed contracts increased to 3,700, up 58 percent from the first quarter last year. It was the highest total for the first quarter since 2007.

Unlike some other states, which continued to conduct business and even saw thriving real estate markets during the pandemic, New York’s lockdown was severe. According to The Wall Street Journal, “The Covid-19 crisis delivered a stunning gut-punch to the New York City luxury real-estate market, applying downward pressure at a rate that surpasses both the 2008 financial crisis and the period immediately following the 9/11 terrorist attacks.”

But now residential home sales are bouncing back and thriving on the pent-up demand that built up over the past year. Home prices took a temporary dive last year as Manhattan co-ops saw prices decrease by 3.8 percent and condo prices dropped 4.7 percent. However, that fear-driven decrease in residential real estate prices seems to be over, and UrbanDigs predicts increasing prices will once again be in play by the end of the year.

Across the U.S., the economic situation of many Americans continues to improve. Overall, the U.S. added 916,000 jobs in March on a seasonally adjusted basis, hitting its highest pace since August. About 10,000 of those jobs were in real estate, according to the U.S. Bureau of Labor Statistics.

And as their economic situation improves, so does their housing situation. The latest data from Black Knight shows that for the fifth consecutive week – the longest stretch since September – there was improvement in active forbearance volumes. The number of active plans dropped by another 33,000, down 1.3 percent from last Tuesday.

In total, this puts the number of active plans down by 172,000 over the last month – a 6.3 percent reduction. That’s the strongest rate of improvement since late November 2020.

The U.S. and Manhattan are on the road to recovery, but not yet booming. While the increased interest in Manhattan residential real estate is significant, the real boom could come if and when companies start having their workers come back to the office.

A survey of major employers by the business group Partnership for New York City found that 10 percent of Manhattan office employees had already returned to the office by early March. Survey respondents said they expected another 45 percent of workers to be back in the office by September.

The Real Word: When will the market cool down?

Zillow rakes in $1.3B revenue in second quarter, but sees profits slip