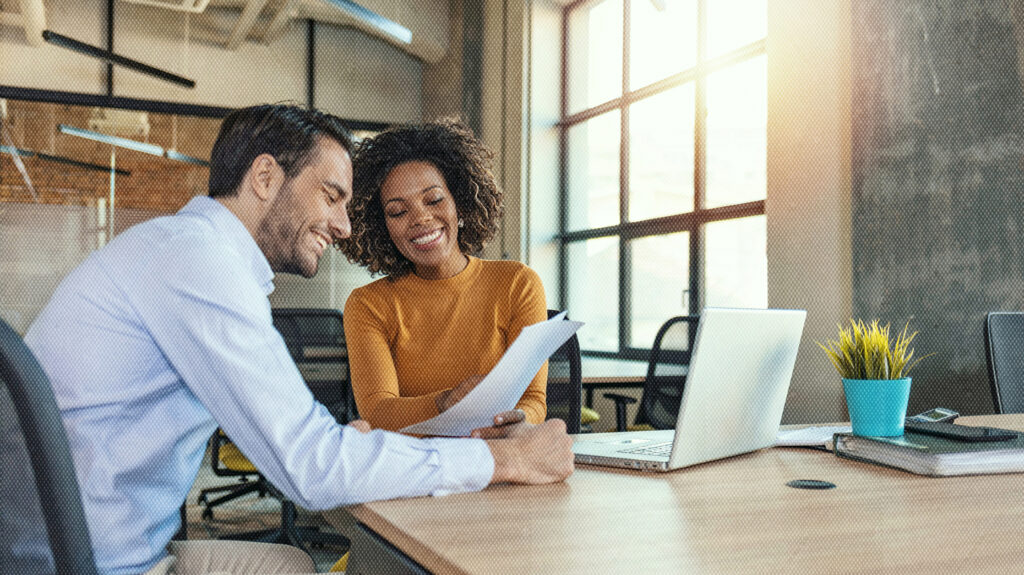 by Jeff Glover
You successfully shared the article.
Close

Although hiring staff to take on tasks you’re not best at is a common way of growing a team, it can be incredibly costly to hire out a task you haven’t mastered yet. Here’s what you should consider before opting to “hire it out.”

“Can’t I just hire someone to do this for me?” The answer is no.

While I know there are numerous ways to implement leverage, and technically speaking, you could also say that there are multiple “right” ways to do it, Kate Simon, our head sales coach, and I have a specific philosophy on leverage that might not align with the popular “if you don’t want to do it, hire it out!” mantra.

While the “hire it out” mantra isn’t wrong, per se, it’s incredibly costly to hire out a task you haven’t mastered yet, and more importantly, does not actually fill the leadership gaps that are present when someone hasn’t totally mastered every aspect of their business.

So, let’s talk about why the “If you hate it, hire it out” method might not be the best long-term solution to a problem.

It takes longer because you’re not 100 percent confident on how to make them a master, so you spend more time “reading the manual” on what should be done rather than teaching them what you know works.

Rather than watching with hands-on experience to coach them to your system, you’re relying on a third party to translate your vision and message, which might not always fully translate. You also won’t always know what to look for in a coaching opportunity.

2. A ‘bad hire’ could stick around longer than they should

One of the common questions I ask agents when they tell me that they have a bad hire is: “Is the hire bad? Or is the training not dialed in?”

That question will sometimes yield an unfortunate response of “what training” and I’m not going to go into that right this second, but if you aren’t sure on how to train them (because you’ve never mastered it yourself), that hire is going to stick around longer, thus costing you more.

Point being, when you yourself are a master at the task you are delegating, you are 100 percent confident whether someone is going to “get it” or not usually within 45 to 60 days, as long as there is a correct training plan in place.

3. Leverage without mastery is a sure fire way to be ‘caught with your pants down’

When the business inevitably shifts and changes, that means the plan of attack needs to change as well. And so long as it’s a role you’ve mastered yourself, chances are you’ve also mastered how to maneuver pitfalls, because that’s part of mastery.

When we lack the ability to critically think when “plan A” isn’t working, we call it a bad hire or a bad plan, and look for another solution rather than fixing what’s broken.

4. Leverage without mastery is expensive

Look, I understand almost no one wants to pick up the phone and cold call. Totally clear on that. But hiring it out before you master it yourself means you’re spending time to expect someone to do something you haven’t actually done before, which personally makes me cringe just a tiny bit, thus bringing us back to points 1 and 2. It’s only leverage if you’ve done it yourself.

When I asked a top coach in our business, Kate Simon, her thoughts on this topic, here’s what she responded with: ”It’s a luxury if you’re paying someone else to do something for you. I can leverage out my laundry because I know how to do my laundry. But when I leverage out a private chef to cook me dinner because I don’t know how to cook (I do), that’s a luxury.” Can your business afford this luxury?

5. Disjointed vision can cost you current clients and future referrals

This is one of the biggest ones. Let’s pretend you’re swimming in money and don’t care about your P+L. Let’s pretend that you hire us or anyone quite frankly to train your inside sales agent team. Let’s pretend you utilize every resource you have just to not do the thing you could have learned how to do.

During my conversation with Kate, she brought up the following thought: “At the end of the day, how are we ever going to properly communicate our team’s mission, vision and values if we haven’t walked in their shoes? How are we going to know what kind of service our buyers deserve if we haven’t messed it up ourselves a few times, first?”

Showing property and responding to emails or prospecting for new deals is more than just following a checklist. At some point, these things we do daily, they become who we are. They become the soul of our business.

And we need to become incredibly protective of who has that same soul. How will you ever know who’s right for your clients if you’ve never played that role?

I want to see you win at what you’re asking someone else to do. Not only for the sake of credibility and respect from them, but for confidence in you so you know when you have a “good egg” or “bad egg.”

We can take short cuts all over in the business. But if we cut enough corners it just becomes a circle, and we end up right back where we started.

3 key considerations for brokers to make 2022 the best year yet
Back to top
Hear from Realogy, Pacaso, SERHANT., Spotify, Redfin, Douglas Elliman, and 100+ more leaders at ICNY.Register now×
Limited time: Get 30 days of Inman Select for $5.SUBSCRIBE×
Inmanpot
Log in
If you created your account with Google or Facebook
Don't have an account?
Create an Account
Forgot your password?
No Problem