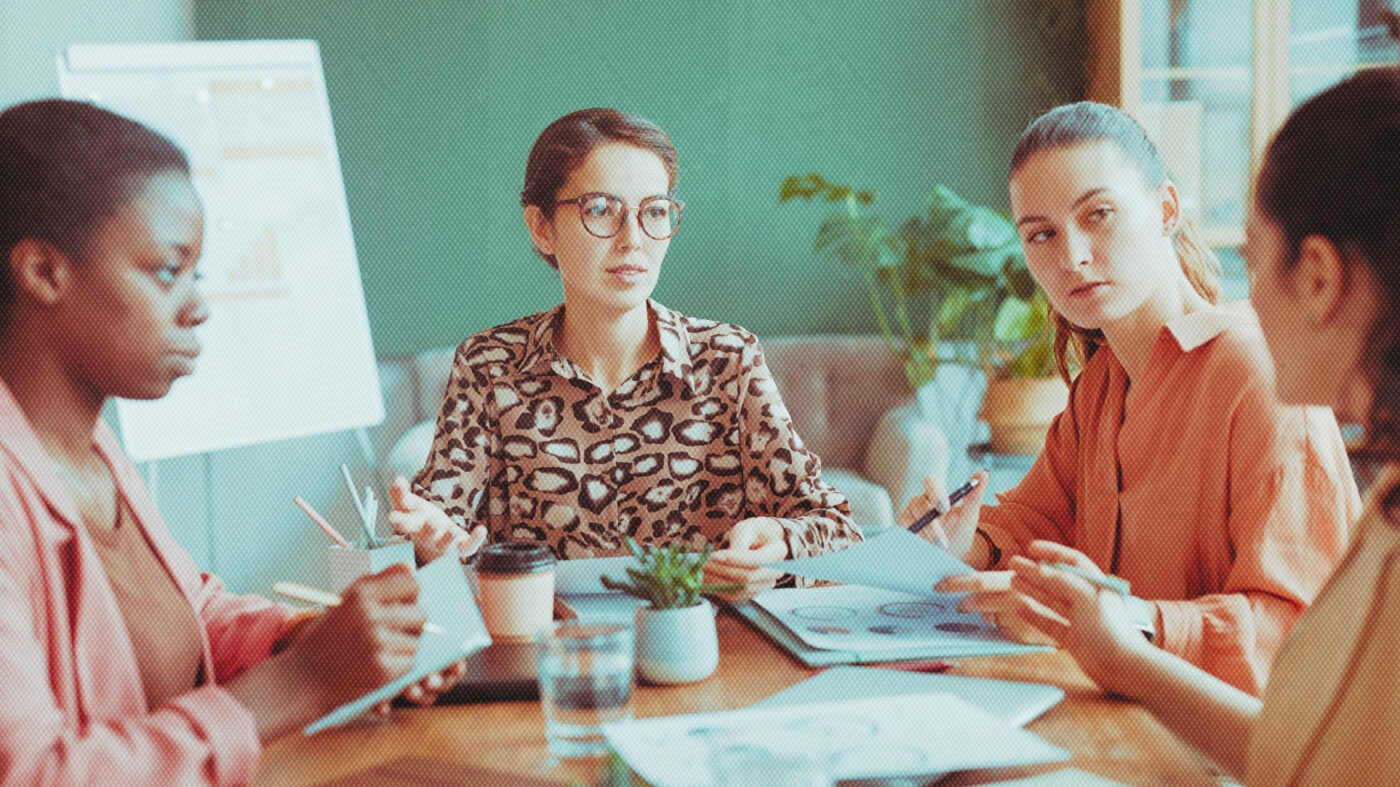 by Marion Weiler
You successfully shared the article.
Close

Be the powerhouse female leader you wish you had — a mentor, role model and accountability partner — to help rising leaders tap into their power, sometimes before they know they have it.

Real estate is an industry dominated by exceptional female figures and top producers. However, according to The C.A.R. Women’s Initiative, “even though the real estate industry is predominantly female, women are underrepresented in leadership positions at the brokerage and senior management levels.”

So, how can we create more of the mentors and role models many of us wish we had, and truly empower the next generation of female leaders? Just as importantly: How can you be that role model and mentor for young women starting out their real estate careers and set the stage for others to follow your lead?

It might sound cliché, but yes, I’ve found that mindset is where it all starts. While there are admittedly various other factors in play, I’ve come across and led many women who come from a mindset of scarcity, fear or constant questioning. “If I’m not 100 percent sure I can do it, I’d rather not say yes,” they think.

Many men, on the other hand, seem to predominantly say “yes” to the same opportunities and figure out the logistics later. For example, according to LinkedIn’s Gender Insights Report, women apply to 20 percent fewer jobs than men because they “feel they need to meet 100% of the criteria while men usually apply after meeting about 60%.”

Needless to say that, to grow in our careers and life, we have to take chances and say “yes” when opportunity presents itself.

Mentoring the next generation of emerging female leaders and sharing your tools and strategies is so important because it helps them get into the right mindset for success. They can take charge of their careers, not letting themselves to be held back by fear.

Most successful leaders either found their way to success the hard way, or were fortunate to have mentors and role models in their lives. Looking back to my own career, while I had amazing mentors, I didn’t realize until more recently that they didn’t include any female leaders.

Don’t let that be you. It doesn’t have to be that way. Be the powerhouse female leader you wish you had — a mentor, role model and accountability partner — to help rising leaders tap into their power, sometimes before they know they have it.

2. You don’t have to choose

Combining family with career can feel overwhelming for talented young female leaders. A real estate career is often chosen for its flexibility and work-life balance compared to other industries or corporate careers.

However, in my experience, some of the most successful real estate professionals don’t buy into gender roles or limitations, though the illusion of having to choose still seems to linger around in the minds of many next-generation female leaders.

Statements like the following are still all too common:

What’s holding them back? Instead of setting premature limitations, a much better approach and question to ask might be, “What do you want your life and career to be like?” Then, young female real estate professionals can look for ways to align their personal and professional vision in a way that’s fulfilling rather than putting obstacles in their own way.

Looking at my own experience again, so much comes from how we are conditioned. For example, when I came to the U.S., I was introduced to the “new concept” of women going for their career while raising children.

Needless to say, I didn’t grow up in such an environment, and for the longest time, I bought into the belief that I had to choose. (Having said that, we shouldn’t slap judgement on women who want to do either or balance both. In fact, balancing work and family obligations is one of the big challenges women leaders face in the industry.)

I believe it’s time for Female Leadership 2.0, and as an industry that calls some of the most powerful female leaders its own, why shouldn’t this also be an industry that’s on the forefront of creating massive momentum in female mentorship?

As Rainy Hake Austin mentioned in C.A.R.’s report on how women brokers are reinventing leadership in the 21st century, “Women often think they must demonstrate masculinity to be a successful leader. I pride myself on being a balanced leader using my intuition and empathy as much as my prudence and intellect.”

Being a woman and leveraging our God-given skills requires us to step above a fixed mindset and limiting beliefs. Step up to the plate, and set an example the next generation needs when starting out.

3. Eradicate the belief in scarcity

While a certain level of competition might be healthy, scarcity generally isn’t. In my experience, there are still too many women who feel that if there’s another woman in her market or organization, “It will either be her or me.”

This kind of attitude prevents us from lifting and supporting each other. Ask yourself, why can’t it be both? When you look at your own organization, think about these questions:

At the end of the day, we all have a job to do — stop posturing and competing, and get yourself to a point where you don’t see each other as threats. We will all benefit by lifting each other up and promoting the next generation of female leadership. So ask yourself, what can you do in practical terms to support other women?

Can you promote them on your social media, make introductions, or carve out more time to connect with your team and help them with their professional and personal development? The number of ways to be a mentor and role model are endless.

As Vanessa Bergmark described in C.A.R.’s report, “Let’s face it — it’s more difficult for women because there are many more men in those leadership seats,” she said. “When you’re finally sitting there, I believe you carry the responsibility for the next generation. I can’t just sit there and hold MY place. It’s about mentoring the next generation and inspiring them to create more seats.”

Let’s build on the base of what strong women do. They connect with other strong women, develop the trust and self-confidence they need, and realize that if we unite forces and help each other, we all succeed.

How to manage the impact of COVID-19 on your organization