On Tuesday, the U.S. Supreme Court denied a request from two Realtor associations asking the court to lift a nationwide eviction moratorium put in place by the Centers for Disease Control and Prevention (CDC) in September to help stop the spread of COVID-19.

On May 5, the U.S. District Court for the District of Columbia struck down the eviction moratorium, saying it exceeded the CDC’s statutory authority, but the U.S. Department of Justice (DOJ) appealed the decision and on May 14 was granted an emergency stay of the order repealing the ban. On June 3, the D.C. Circuit Court of Appeals upheld the CDC’s legal right to extend the ban to properties outside of the federal government’s purview.

In the court’s one-page order, Kavanaugh said he agreed with the district court and the Realtor associations that the CDC had exceeded its existing statutory authority by issuing a nationwide eviction moratorium.

“Because the CDC plans to end the moratorium in only a few weeks, on July 31, and because those few weeks will allow for additional and more orderly distribution of the congressionally appropriated rental assistance funds, I vote at this time to deny the application to vacate the District Court’s stay of its order,” Kavanaugh wrote.

The CDC has already said that it doesn’t plan to extend the moratorium again and Kavanaugh indicated that the court would frown on another extension of the ban without congressional approval.

“In my view, clear and specific congressional authorization (via new legislation) would be necessary for the CDC to extend the moratorium past July 31,” he wrote.

In an emailed statement, Georgia Realtors’ 2022 President Dorrie Love told Inman, “While we had hoped to see the eviction moratorium end sooner, this ruling is a long-term victory for private property owners. We can now have confidence that the rental market can start moving toward normal, and that landlords will soon see relief from the financial burden that they have endured for the past 16 months.”

The Alabama Association of Realtors did not respond to a request for comment.

The Florida Association of Realtors filed a separate lawsuit against the eviction ban in mid-May. That suit is pending.

According to a written report provided to NAR’s board of directors in November, NAR was not to be named in the suit, but would “work with outside counsel to ensure the arguments reflect the broader membership interests at stake.” In May, a NAR spokesperson declined to comment on whether the national trade group has provided additional funding to help the Alabama, Georgia and Florida associations pay their legal costs.

Editor’s note: This story has been updated with a comment from Georgia Realtors and additional background on the eviction ban. 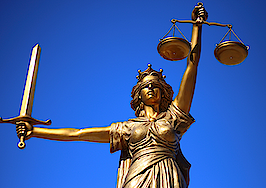 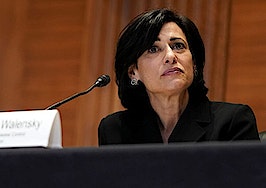