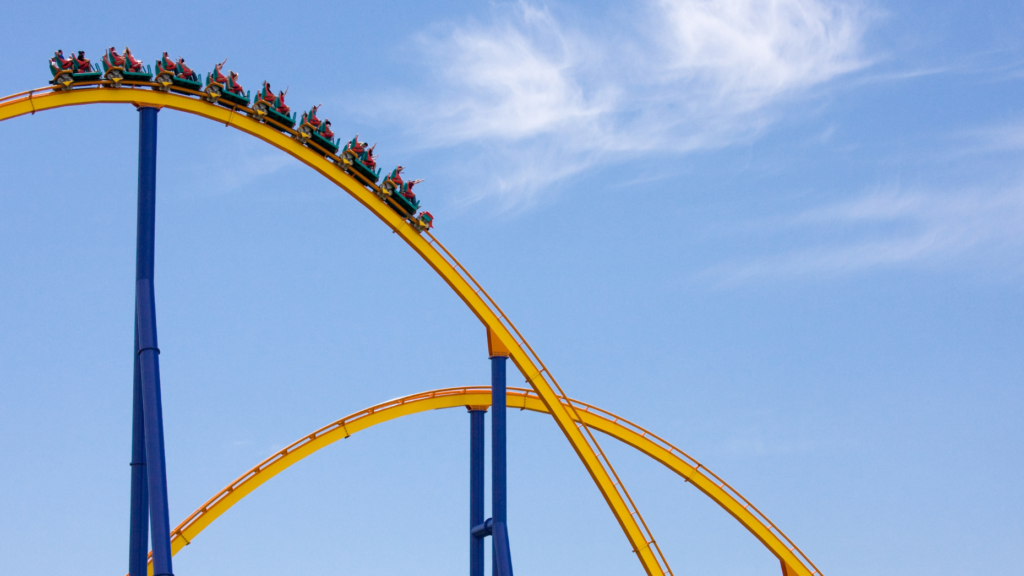 Thanks to the reemergence of seasonal market patterns, bidding wars have slowed to their lowest level in over a year.

As the market normalizes, so has the level of bidding wars, according to Redfin’s market report released on Tuesday. In August, 58.8 percent of the home offers written by Redfin agents faced multiple bids — the lowest level since August 2020 (59.4 percent) and 15.5 percent below the peak in July 2021 (74.3 percent).

“While sellers continue to have the upper hand, buying a home has become slightly easier this summer as the country’s acute shortage of homes for sale is no longer intensifying and the market has undergone its typical seasonal slowdown,” the report read. “Home-price growth is stabilizing following months of record gains, and measures of competition aside from the bidding-war rate are also losing steam.” 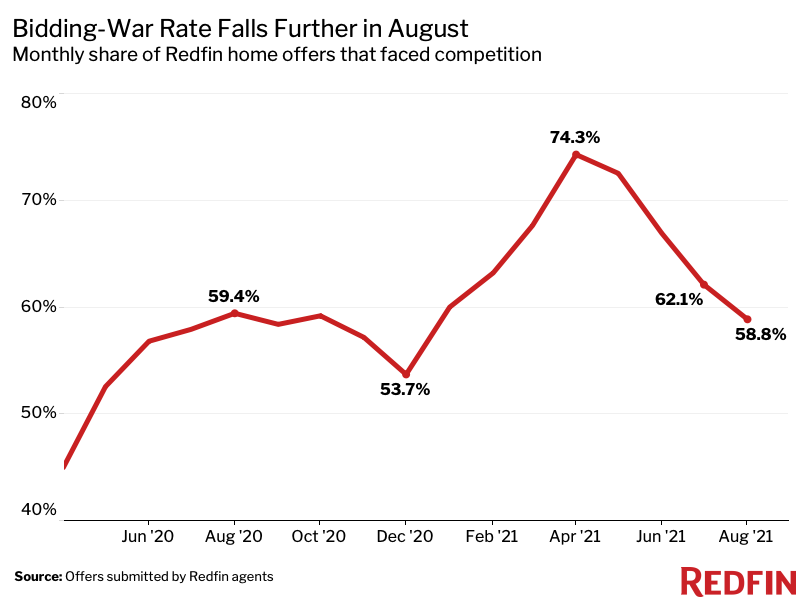 The reduction in multiple-bid situations has given buyers more leeway to negotiate, with some buyers being able to shave four or five figures from the asking price.

“Sellers are still pricing their homes very high, but a lot of buyers have had enough and are no longer willing to pay the huge premiums they were six months ago,” Orlando-based Redfin agent Nicole Dege said in the report. “Instead of 25 to 30 offers on turnkey homes, we’re now seeing five to seven.”

“Buyers are getting a bit more selective. I have one seller who recently put his four-bedroom single-family pool house on the market, but the roof was shot,” she added. “He had to lower his asking price to $423,000 from $427,000 and agree to spend around $7,000 to replace the roof in order to attract bidders.”

“Six months ago, he would have easily been able to sell that home as-is without dropping the price.”

As homebuyers in the Midwest and South are enjoying a slight reprieve, buyers along the coasts are still contending with bidding war rates near or above the July 2021 peak. Raleigh (86.7 percent) and San Francisco (70.7 percent) have the highest instance of multiple-bid sales, followed by Tucson (70.5 percent), Cincinnati (70.4 percent) and Salt Lake City (68.1 percent). 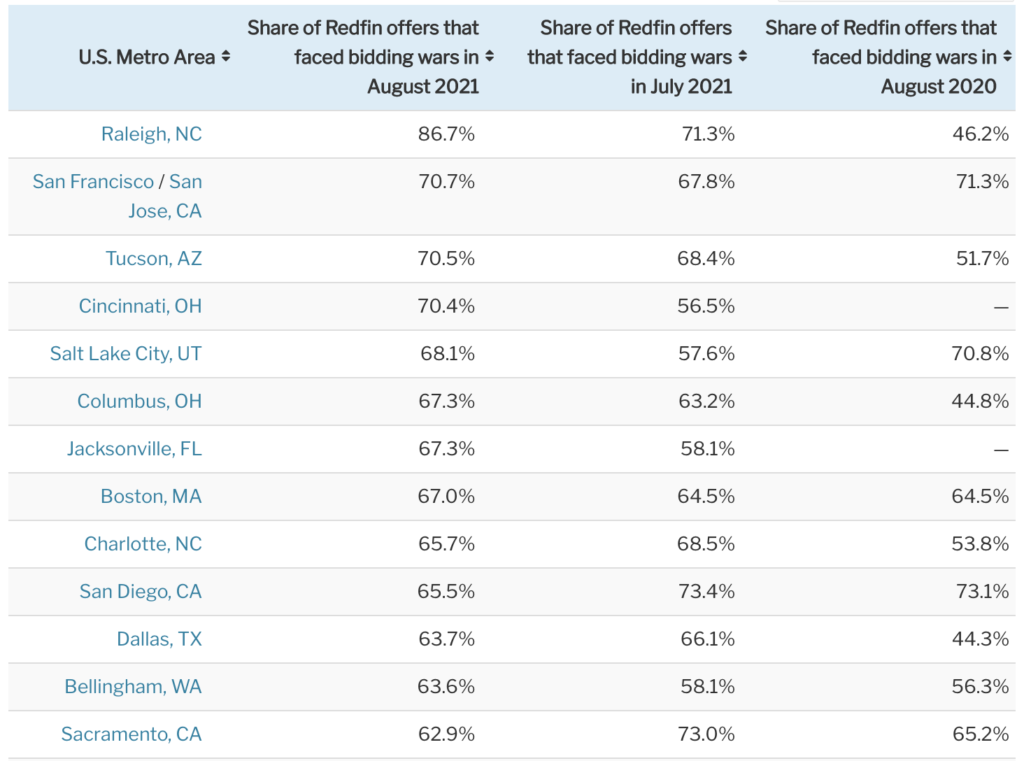 Although sellers currently have the reigns, Raleigh-based Redfin agent Stacey Delgado said buyers may have more leverage as we get deeper into the fall and winter homebuying season.

“Sellers remain in control, but the next month or two will be very telling,” she said. “The market has just started to cool down over the last couple of weeks, which isn’t surprising because kids are heading back to school.”

“Still, there are parts of the city that remain fiercely competitive, like the Research Triangle, which is Raleigh’s tech hub and has highly-rated schools,” she added. “Out-of-state buyers who are flush with cash and can work remotely continue to flock there and bid up home prices.” 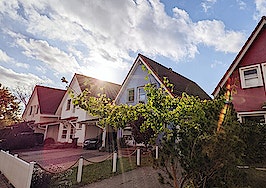 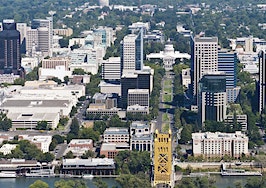 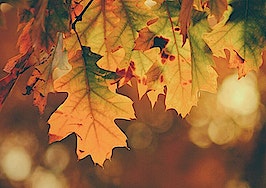 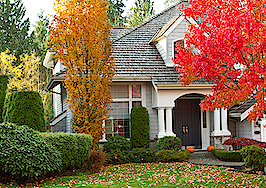