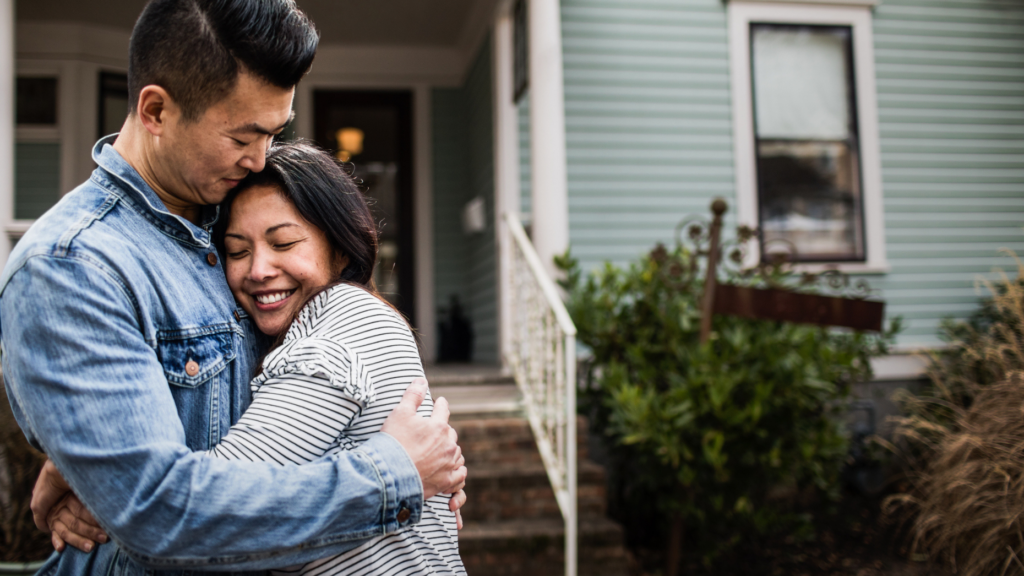 More mortgage lenders are getting a jump on what’s expected to be a record increase in Fannie Mae and Freddie Mac’s 2022 loan limits, by offering “conforming loans” of up to at least $625,000 in advance of an official announcement next month.

Fannie and Freddie’s baseline conforming loan limit, which is pegged to a home price index maintained by their federal regulator, is currently $548,250 in most markets (see map below).

But late last month, PennyMac announced it would underwrite and price bigger loans through both its wholesale and correspondent lending channels as if they were conforming loans, rather than “jumbo” mortgages that exceed Fannie and Freddie’s limits. Classifying higher-balance loans as conforming makes them easier to qualify for, and allows many borrowers to lock in lower interest rates than they would qualify for on a jumbo loan.

“We want to help alleviate some of the barriers to entry and heavy burden that comes with ever-increasing home prices and continues to push the dream of homeownership further away from reach for many first-time buyers,” Finance of America President Bill Dallas said in a statement. “Increasing the estimated maximum loan amount on our conforming loans gives purchase and refinance borrowers expanded access to mortgage credit at lower rates.”

“Jumbo loans are not feasible options for everyone, and higher conforming loan limits can help certain borrowers trying to purchase a home or access liquidity,” Caliber CEO Sanjiv Das said in a press release.

Just as importantly, mortgage insurer National MI says it’s also increased its limit for conforming loans to $625,000. That means homebuyers who are putting less than 20 percent down — or homeowners who want to refinance mortgages with loan-to-value ratios exceeding 80 percent — can take advantage of the move by many lenders to price higher-balance loans as conforming.

The rapid runup in home prices in the last year has made lenders confident they’ll be able to sell the bigger loans to Fannie and Freddie after their federal regulator, the Federal Housing Finance Agency, announces the official 2022 conforming loan limit in November.

Under a formula mandated by Congress, the conforming loan limit is tied to annual increases in FHFA’s seasonally adjusted, expanded-data House Price Index. With one final quarter of home price appreciation yet to be tallied, that index shows homes prices up 12.83 percent during the nine months ending June 30 — which would be enough to boost the conforming limit to $618,570.

The FHFA is expected to announced the 2022 conforming loan limit in November, when it releases the expanded data HPI for the third quarter. For the baseline conforming loan limit to be increased to $625,000, that index would need to show 13.99 percent annual home price appreciation during the 12 months ending Sept. 30. That’s looking like a sure thing, with a related FHFA index showing 19.2 percent annual home price appreciation through July.

Although the FHFA’s expanded data House Price Index is likely to show some cooling of home price appreciation during August and September, lenders are expecting the 2022 conforming loan limit to come in well above $625,000 — at which point they’ll adopt the new, even higher limits.

In terms of raw dollars, that would be the biggest leap in the conforming loan limit in history, bumping it up by more than $75,000. The biggest percentage increase on record was the 15.9 percent boost seen in 2006. 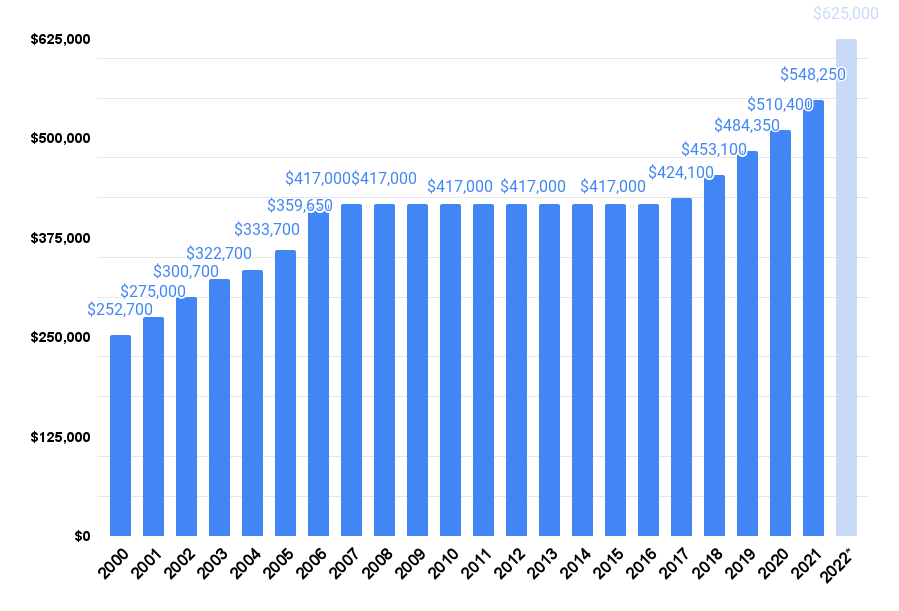 Historical conforming loan limits, 2000-21, with projected limit for 2022. Many lenders have begun to offer conforming loans of up to $625,000 based on home price appreciation. Source: Federal Housing Finance Agency.

In some higher-cost markets, Fannie and Freddie are currently allowed to purchase bigger mortgages based on a multiple of the median home value, up to a ceiling that’s equal to 150 percent of the baseline conforming loan limit, or $822,375. The conforming loan limit for single-family homes is $822,375 in all of Alaska and Hawaii.

Editor’s note: This story has been updated to add Caliber Home Loans to the list of mortgage lenders who have announced temporary higher conforming loan limits.
Email Matt Carter 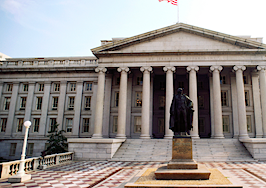