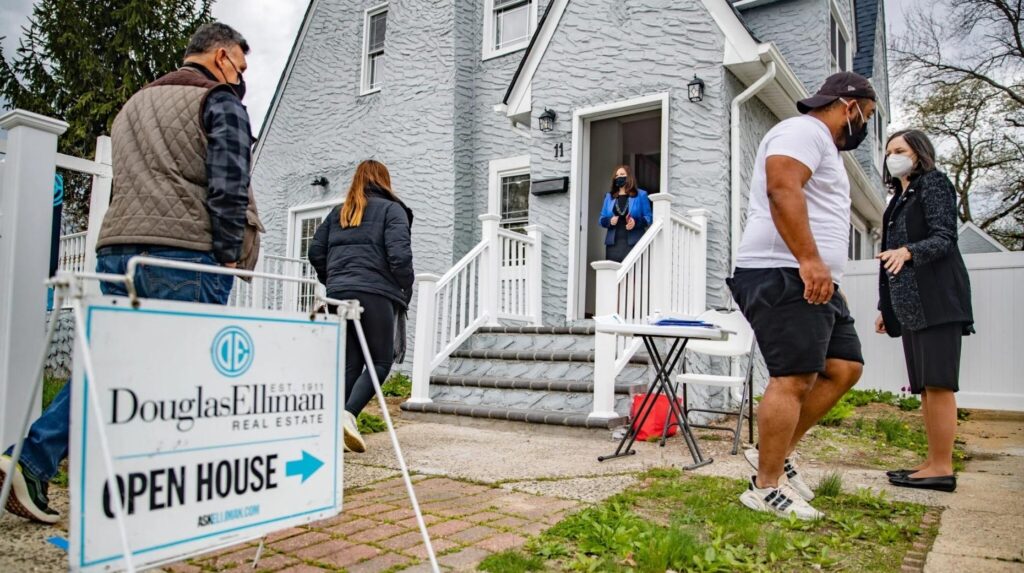 Record-low inventory dragged home sales down by a seasonally adjusted 3.6 percent nationwide in December, according to a new Redfin report released Friday.

Record-low inventory dragged home sales down by a seasonally adjusted 3.6 percent nationwide in December, according to a Redfin report.

That’s the biggest month-over-month drop since the onset of the pandemic. But it’s not because buyers have left the market. Homes sold quickly and at a premium, but year-over-year declines in inventory led to fewer sales.

“There are plenty of homebuyers on the hunt,” Redfin Chief economist Daryl Fairweather said in a statement, “but there is just nothing for sale.”

Lack of inventory in markets nationwide led to the biggest monthly sales drop since May 2020, the brokerage reported. The number of new listings dropped from the prior year in 82 of 88 large metro areas. Already record-high prices continued climbing nationwide.

Home sales were down 11 percent year over year and in all but nine of the 88 big metro areas tracked by Redfin.

The biggest year-over-year declines in active listings for the month were in Baton Rouge, Louisiana, San Jose, California and San Francisco. Detroit saw a 4 percent uptick in its active listings.

“In many markets, shopping for a home feels like going to the grocery store only to find the shelves bare,” Fairweather said.

The median sales price was up year over year in every market except Bridgeport, Connecticut, where prices dropped 0.4 percent. And 43 percent of homes sold above list price in December. Home prices rose 15 percent year over year. 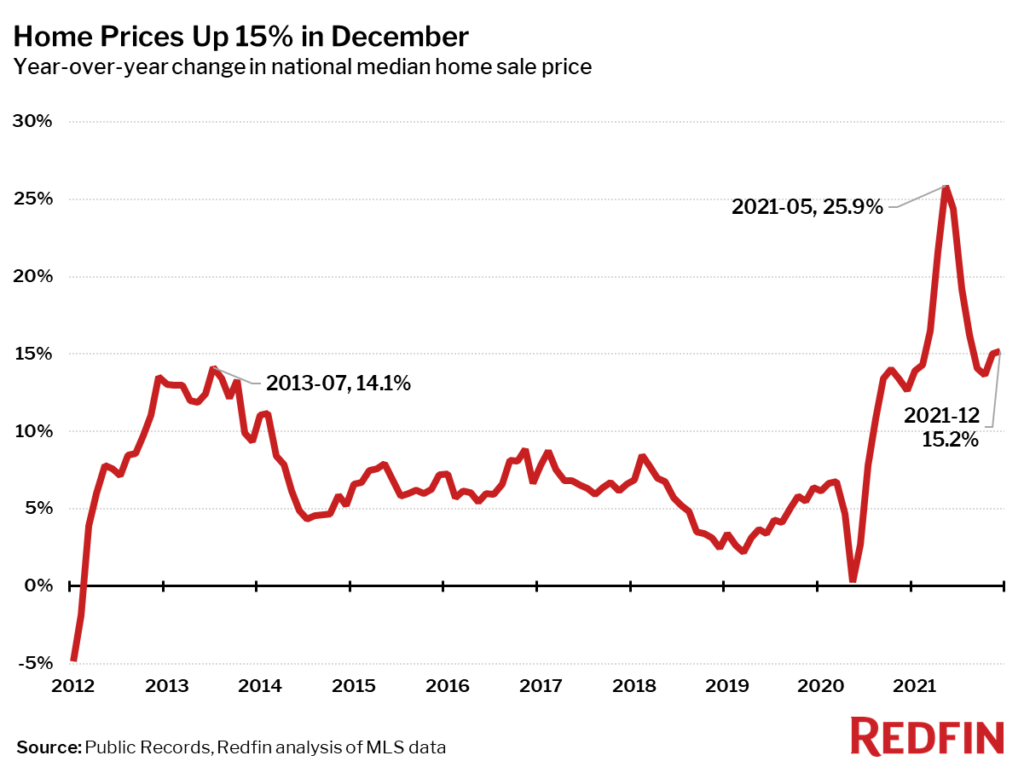 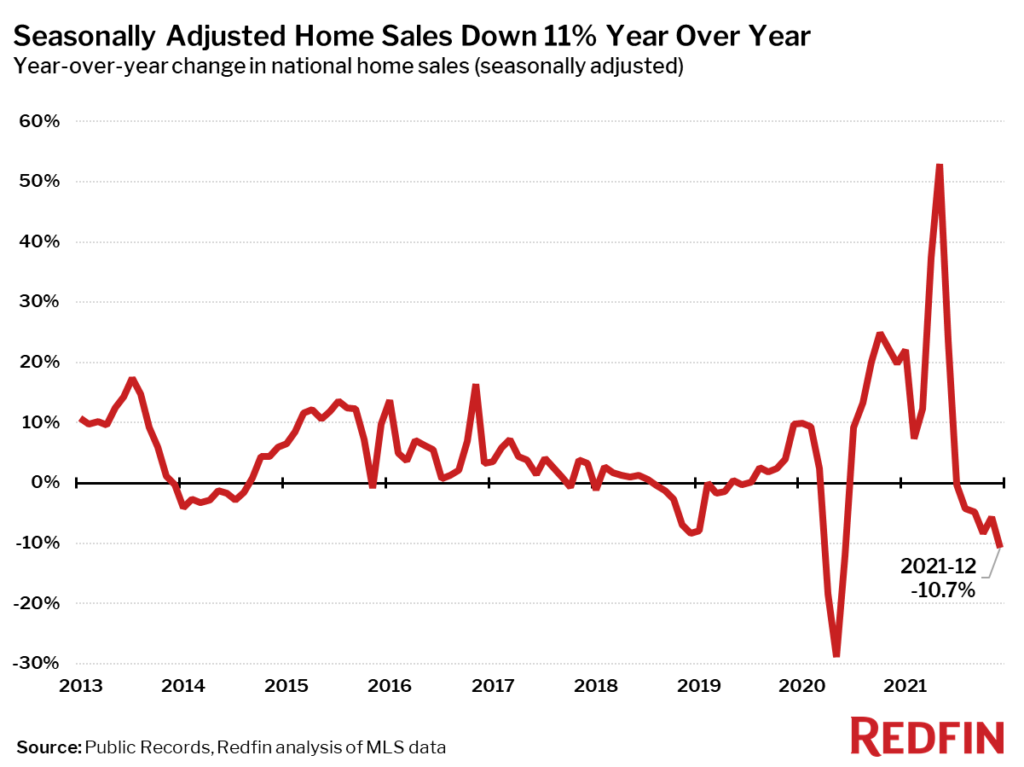 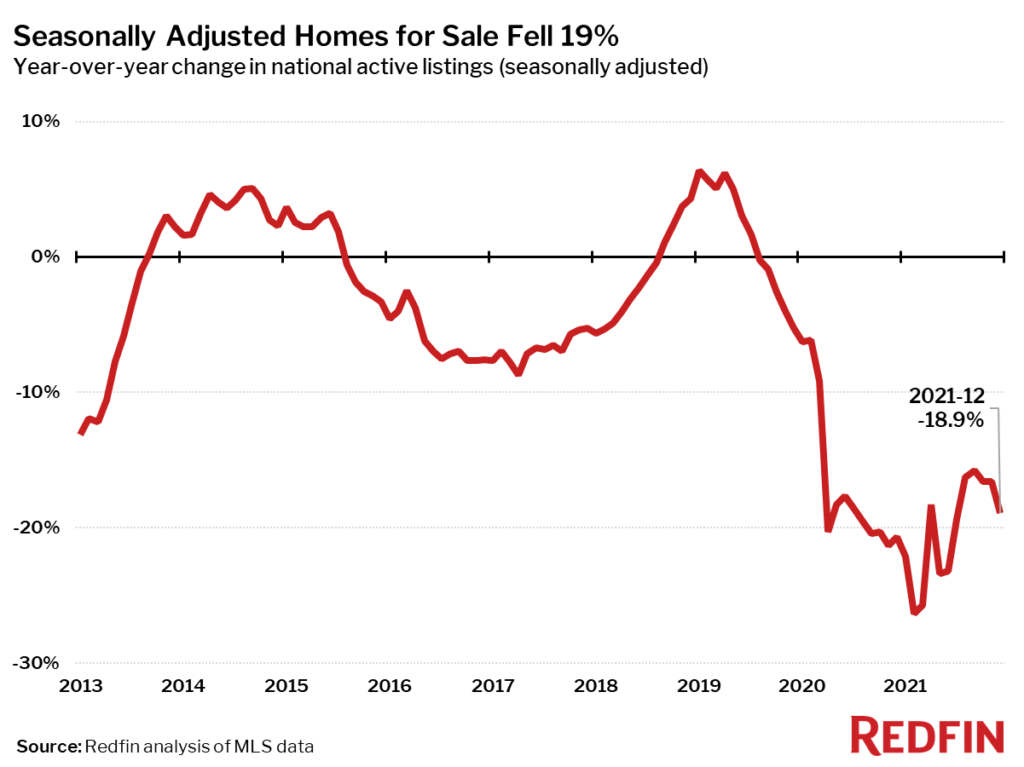 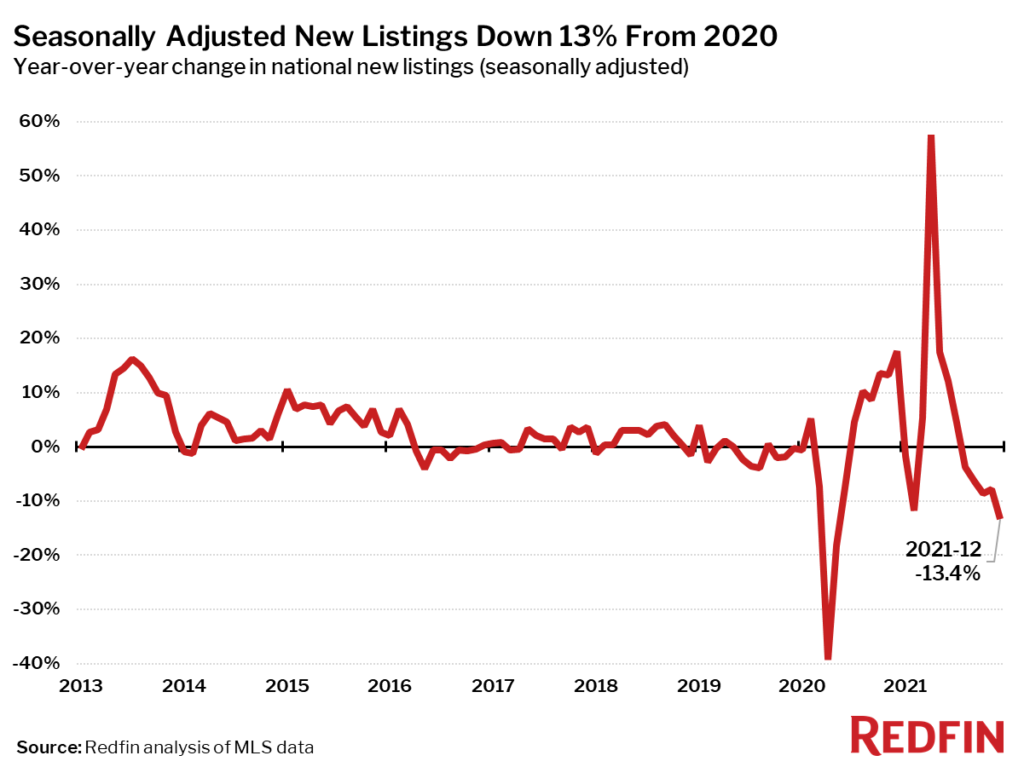 Several economists told Inman that, while the market will cool slightly compared to 2021, pent up demand should keep the market extremely competitive among buyers.

“In January, I expect to see more buyers and sellers in the market,” Fairweather said, “but demand will increase more than supply – pushing prices higher at the start of this year.” 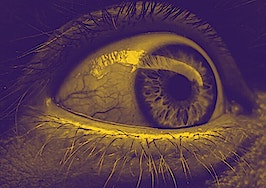 Demand for houses is way up. Are first-time buyers driving it there?