Inman sat down with Corcoran Group CEO and President Pamela Liebman to discuss franchise growth, betting big on crypto and what’s next on the horizon ahead of Inman Connect New York.

Luxury brokerage The Corcoran Group launched the Corcoran Affiliate Network in early 2020. Since then, it’s launched more than 160 affiliate offices across 40 markets in the U.S. and the Caribbean.

The company, which was founded in 1973 by Barbara Corcoran has grown into a Manhattan powerhouse, and with its affiliate network in full-swing, is now poised to make a more global name for itself.

Inman sat down with CEO and President Pamela Liebman to discuss the brokerage’s explosive franchise growth and what’s next on the horizon. What follows is a version of that conversation, edited for brevity and clarity.

Inman: You’ve been growing your franchise network a lot recently. Tell me more about your growth plans.

Pamela Liebman: It’s going great, really well. We’re very pleased with our expansion. We’re still considered the most successful launch in affiliate history. We’re currently in more than 40 markets. We’ve gone from Silicon Valley all the way to St. Barts, and why do we do this? Because with our deep experience in our high-end, competitive East Coast markets, it was just natural to expand throughout the country and expand globally. So I’m very proud of what we’ve been able to accomplish over the last two years. Another fun thing is in 2021, we announced affiliates across five Caribbean markets, which was great. So we’re in British Virgin Islands, we’re in St. Barts, the Bahamas, Puerto Rico, and the Cayman Islands, and we’ve got more to come in 2022.

Our most recent affiliates are in Athens, Georgia; Greenwich, Connecticut; and the Caymans. So we’re really finding that our brand is resonating in lots of different markets globally. People seem to really love Corcoran and I’m not surprised because I do too. And I think we’ve created a brand that everybody can relate to. Our whole ‘Live Who You Are’ philosophy can work in any local market. So when we talk to potential partners, they tell us how much they love the brand and they all seem to know the brand, which is great. So it’s been a fun time for us with the affiliate networks.

When we pick partners, we have very high standards of success and we trust these partners will represent our brand well.

You also added several new international languages and currencies to Corcoran.com recently. Is that an indication of further international expansion soon?

I think you can probably read into that pretty well. Yes, some very important updates just hit our website. And we’re actually the first residential sales firm to add bitcoin to the range of currencies available. So if somebody wants to price out a property in crypto, they’ll be able to access that directly on Corcoran.com along with 15 other currencies, everything from the Euro to the Swiss Franc to the Chinese Yen and we’re thrilled that people can explore our website in such a globally diverse way.

And we’re looking at other cryptos also besides bitcoin. I wouldn’t be surprised to see ethereum come next. We just want to give our buyers and sellers the most options possible. That’s also why we’re now in 13 different languages, including Korean, Portuguese, Spanish, French and many more. Then of course we’ve had for a while the option to view listings in [the imperial] or metric system. So we’ve made it very user-friendly to navigate our website and buy properties in multiple languages, multiple currencies and make the exploration fun and easy.

Thinking about the crypto currencies you’re making more accessible, do you think there’s a point in the future where Corcoran might develop a virtual world in which to interact with other brokers and customers?

I have to tell you, we don’t rule anything out, but right now, it’s not something that’s really on our roadmap. We like to function in the here and now, but you never know.

What other exciting things does Corcoran have going on right now?

Well, we’re very proud to have just been named the no. 1 company in New York City for the second year in a row [by The Real Deal, according to closed sales volume], and we’re much smaller than our competitors, yet we continue to have dominated the market for two years in a row. So that’s a pretty big deal for us. And we’re very busy with our new development division. We’ve recently been expanding that into other markets and we will continue to expand that. We launched a fantastic project in Palm Beach, we have a couple new projects coming in Miami, and I’m just really proud of our brokers and how hard they’ve been working.

So keep staying tuned into Corcoran, we never sit still. You’ll see more and more coming from us and we always have a few surprises up our sleeves.

And congratulations to Inman on the 25th anniversary of Inman Connect New York. I’m excited for all of you and all the new opportunities with your news in the past year or so. [In July 2021, Brad Inman announced that Inman News was being acquired by Beringer Capital.] It should be a great event this year. We’re looking forward to it, looking forward to seeing a lot of old friends I haven’t seen in a while and meeting people from across the country.

We have a lot of affiliates that will come in and hopefully make some new friends, and hopefully we’ll create some new partnerships along the way. I’ve always had a great time at Inman and it’s always great to catch up with people that you don’t always get to see.

Thank you — glad you’re excited for the event. Any interesting memories from past events you’d like to share?

I don’t know that I have anything specific, but I can always say that I remember with Inman [events], you never know what’s going to come out of Brad’s mouth so you always have to be on your toes, haha, and ready for Brad to pivot. There have been some good laughs along the way and I’ve met some great people.

Correction: This story originally stated that Corcoran has 40 affiliate offices, but the brand has affiliate locations in 40 markets across 160 different offices. 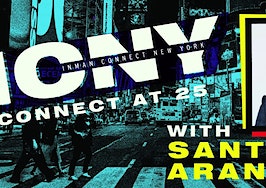 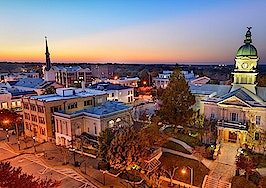 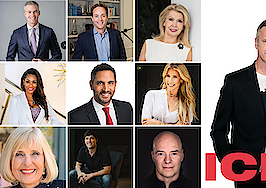 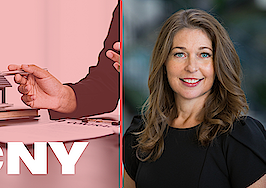 ICNY: From hyperlocal to statewide power broker — Wendy Forsythe shows you how