One-fifth of prospective homebuyers polled would also be willing to put in an offer immediately, according to Bank of America’s annual Homebuyer Insights Report released Thursday.

Fierce competition for scarce listings this spring means two-thirds of prospective homebuyers would be ready to make an offer within three days of being shown a home they liked, and one-fifth would be willing to put in an offer immediately.

That’s according to Bank of America’s annual Homebuyer Insights Report, which also found would-be homebuyers are concerned about the challenges they face during this year’s spring homebuying season.

Most of those surveyed (56 percent) said high home prices might make them hesitant to buy a home, along with fears that interest rates are too high (40 percent) or that they would not be able to afford the closing costs (30 percent).

Released Thursday, the national online survey of 2,000 adults who currently own a home or plan to in the future was conducted between Feb. 18 and March 8 by Sparks Research. Since then, mortgage rates have continued to climb, as the war in Ukraine exacerbates inflation worries that are expected to prompt tightening by the Federal Reserve.

Despite those reservations, 54 percent said saving for a down payment is a financial priority, and that 41 percent intend to buy a home on their original timeline, with 12 percent saying they’ve accelerated their timeline and plan to buy sooner than they’d originally intended.

In releasing the survey Thursday, Bank of America sought to promote its Down Payment Grant and America’s Home Grant programs, which provide up to $17,500 to help cover down payment and closing costs.

The Down Payment Grant program helps eligible buyers in more than 260 cities and counties by providing up to $10,000 to be used toward their down payment, with no repayment required.

The America’s Home Grant program is a lender credit of up to $7,500 that can be used for closing costs like title insurance and recording fees, or to permanently buy down the interest rate. 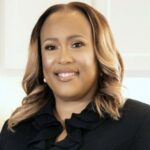 “We’re helping clients reach their financial goals every day, and we know building their personal wealth through homeownership is one of their biggest priorities,” said AJ Barkley, head of neighborhood and community lending for Bank of America, in a statement.

Rising home prices and lender costs helped drive up homebuyers’ closing costs by 13.4 percent in 2021, to an average of $6,905, according to an analysis by CoreLogic’s ClosingCorp.

Homebuyers looking for help coming up with a down payment can also use tools provided by an Atlanta-based company, Down Payment Resource, which tracks programs offered by state Housing Financing Authorities and other providers. 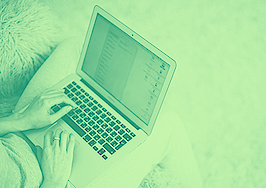 Win 'em over! 7 steps for a fierce listing presentation 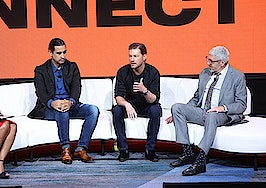