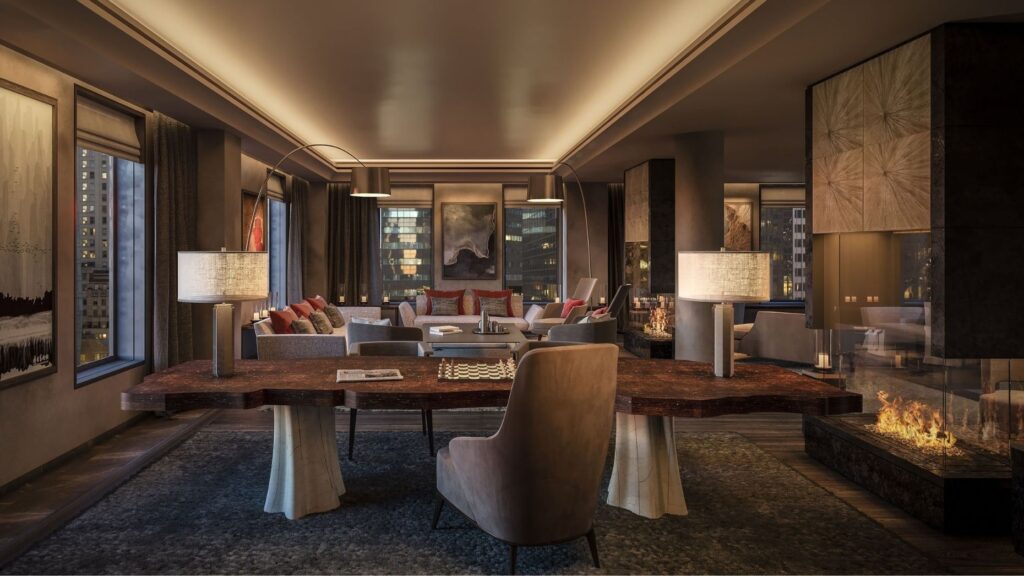 The sale of the 6,300-square-foot unit marks one of the biggest of the year in the New York luxury market.

An apartment on the 22nd floor of the Aman New York Crown Building has closed for $55 million, according to a report, marking one of the biggest sales of the year in the New York luxury market.

The sale, first reported in The Wall Street Journal, was for an apartment encompassing the entire 22nd floor of the condominium on Manhattan’s Billionaires’ Row, with the closing price reported to be down from the original asking price of $62.5 million.

The buyer, whose identity has not been revealed, was represented by Tal Alexander of the Alexander Team at Douglas Elliman, according to the Journal.

The 6,300-square-foot unit has four bedrooms with views overlooking Central Park. The Crown building has a hotel and retail outlets on its lower floors, as well as a private indoor pool for residents. The building’s exterior is recognizable for its copper pinnacle.

Development on the condominiums started in 2017, with the first sales being recorded in 2020. The units were developed by Miami-based OKO Group and the London-based developer and real estate investor Cain International. 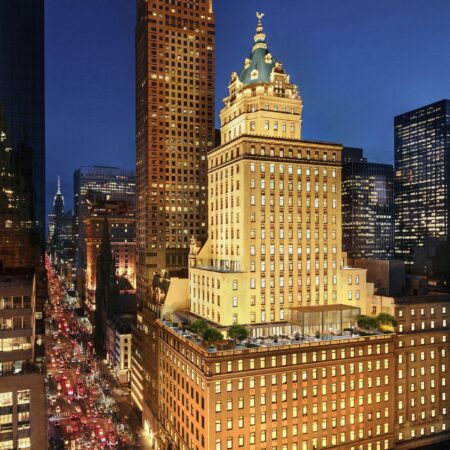 The sale is one of the first in New York this year to break the $50 million mark, with the other big ticket sales of 2022 also taking place around Billionaires’ Row, the area near Central Park where some of Manhattan’s most expensive condominiums are concentrated.

Among the other big ticket sales this year was investor Daniel Och’s $190 million penthouse at 220 Central Park South, and the $70 million sale of a unit belonging to British pharmaceutical magnate Meeta Patel at 432 Park Ave.

Billionaires’ Row is seen primarily as a destination for foreign buyers looking to invest in luxury real estate, while wealthy locals in New York tend to buy on the Upper East Side or Tribeca.

The luxury market in Manhattan soared to new highs in 2021 after hitting a low point during 2020. That strength has continued into 2022, with April seeing a total of 164 contracts signed for luxury homes in Manhattan, a drop from the previous April’s 211 but still a strong performance. 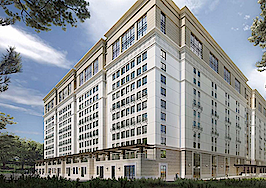 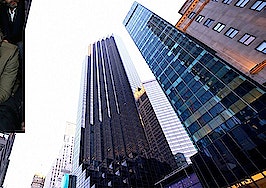