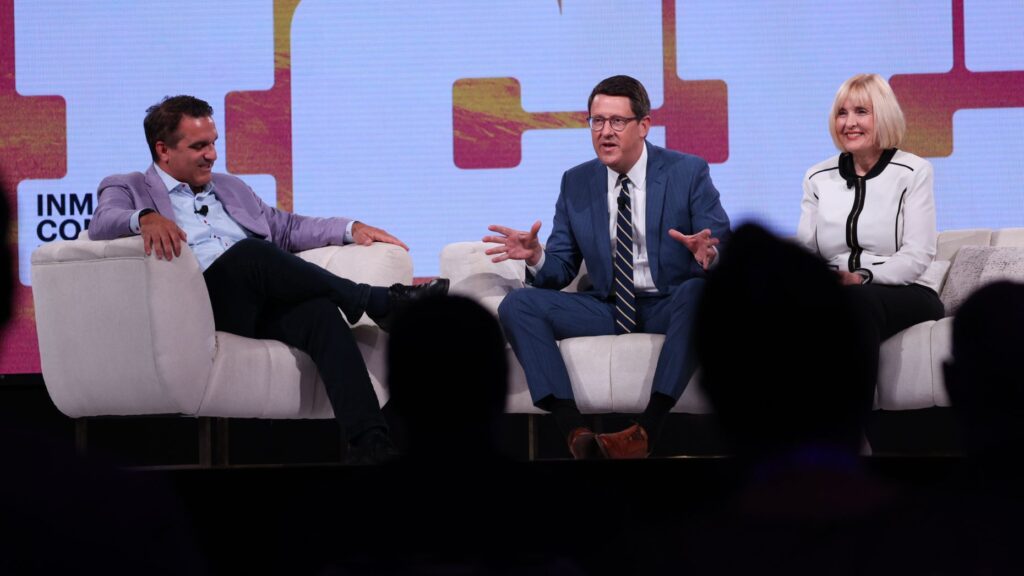 Buyer’s agents, and the ecosystem of companies that provide services to them, would bear the brunt of legal challenges to the traditional commission structure, Brian Boero said at Inman Connect.

If lawsuits challenging the way real estate agents are compensated upend the longstanding practice of listing brokers splitting commissions with buyer’s brokers, the real estate industry should prepare for the $80 billion in annual commissions paid by sellers to shrink by as much as half.

The brunt of the impact will be born by buyer’s agents, buyer-focused real estate brokerages like Redfin and the vast ecosystem of companies that provide services to buyer’s agents including Zillow and Realtor.com, consultant Brian Boero warned real estate industry leaders attending the final day of Inman Connect Las Vegas on Friday.

Boero, a partner at 1000Watt Consulting, said he can’t predict the outcome of a slew of lawsuits or an ongoing Department of Justice investigation into rules enforced by the National Association of Realtors governing commissions and pocket listings.

But Boero foresees a “happy reckoning” rather than an apocalypse if the unique U.S. practice of requiring listing brokers to make offers of compensation to agents who bring them a buyer is found to violate antitrust laws.

Many buyers don’t understand how their agents are compensated, Boero said, citing a survey 1000Watt conducted of 1,000 recent homebuyers. If consumers get more transparency into how agents representing buyers and sellers are paid — and have more say in the process — that will raise the level of professionalism in the industry, flushing out hundreds of thousands of agents, he said.

Asked by panel moderator Joe Rand, executive director for the Broker Public Portal, if all of that decline would come out of buyer’s agents’ pockets, Boero said that “buy-side commissions are likely to decrease,” but not disappear as agents shift to other models like fee-for-service or charging clients by the hour.

“Buyer representation is a good thing,” he said. “Don’t buy a house without a real estate agent. I’m just saying that number is likely to shrink.”

Bernice Ross, CEO and president of BrokerageUP! and RealEstateCoach.com, said she’s convinced that listing agents will be in a strong negotiating position if the housing market is shifting from a seller’s market to a buyer’s market.

“Going into this market, we may see an increase in commissions,” Ross said. “Because when you start getting 20, 30, 40 percent of the properties reducing their price and people have to sell? This is what’s happened in every other buyers market since 1980, since I’ve been around, and it will repeat itself. So the market is going to adapt.”

Ross said recent rule changes put forward by broker-owned multiple listing service Northwest MLS are a creative solution that could serve as a model for the industry’s response to legal challenges of the traditional commission model.

Northwest MLS is specifying in its forms that buyer broker compensation will come directly from sellers, rather than listing brokers.

“What’s interesting is there is now a choice for the seller to decide if they want to compensate a real estate agent who was not a member of the MLS — do they want to pay them a commission or not?” Ross said. “And that goes directly at the so-called ‘bombshell litigation.'”

Some industry leaders have said Northwest MLS’s rule changes will give buyers and sellers more options regarding compensation and encourage innovation in brokerage models.

“Experts I’ve spoken to across the industry who are familiar with the lawsuits and are actually involved in them and who have MLS experience, the attorneys have all said they feel this is the solution to what we’re facing,” Ross said.

Given that consumers are already confused about how compensation works, Boero said he’s not convinced that the type of changes proposed by Northwest MLS will be seen as an acceptable solution to the industry’s problems.

“I have a teenage daughter. And when her room gets really filthy, she knows that I’m going to come give her a bad time about it,” Boero said. “So what does she do? She takes all of her dirty clothes and she shoves them under her bed and shoves them into her closet. And she’s not fooling anybody — her mother or me. Her room is still a mess, and I feel like there’s a little bit of that energy there.”

Boero’s analogy got the audience laughing. But if that’s the direction that the industry is headed, Rand wondered, what would the implications be?

“Let’s just stipulate that what the Northwest MLS is really trying to do is separate out the two commissions so that they have to be negotiated separately,” Rand said. “Let’s just posit that that’s what happens in the industry — that buyer agents have to negotiate their own commission or find some other way they have to get paid if they want to get paid. But they’re not going to get paid by virtue of a universal and unrestricted offer of compensation that’s gonna be paid by the seller. What does that mean for the industry?”

Ross and Boero agreed that buyer’s agents — and perhaps listing agents as well — will have to do a better job explaining what services they provide and how they’re compensated.

“Most listing agents don’t have a clear value proposition. They show up at your appointments with their little printout from the MLS,” Ross said. “Maybe that has to change at the listing level. But now it’s going to really transfer over to the buyer’s [agent] — they’re going to have to illustrate their value.”

Boero shared that when he bought a house in Italy recently, “We interviewed agents, and we asked how do you get paid and they get paid 3 percent. ‘You pay me at closing 3 percent of whatever the price is.’ Okay, great. We had a marvelous agent and couldn’t have done it without or wouldn’t have done it better without them. But the point is, and it’s if you want to know how to do it differently or what other possibilities, just look around. Everybody does it differently. We’re the only country in the world that has this interesting system. We’re the outlier.”

Rand summed up his take on the problem that buyer’s agents could soon be facing.

“I think that the point is that buyer agents have not been in or agents on the buy side have not been put in a position where they have to even talk about the commission which is why they don’t talk about they’re getting paid by the seller,” Rand said. “The buyer doesn’t have to literally write a check for it. So they haven’t had to justify their purpose in the same way.

“Think about it this way — if you’re going on a listing appointment, you spent like an hour and a half preparing, you get your marketing materials, you have an exclusive right to sell that you won’t take the listing unless you get it signed. And then you get a buyer and the buyer says, ‘Can you meet me at 123 Ridgeway.’ And you’re like, ‘Hey, I’ll be there at three.’ There’s no preparation, there’s no market materials. There’s no exclusive right to represent. We don’t professionalize the relationship. That’s what’s gonna have to happen if we’re gonna have to justify the buyer-side commission.”

Rand agreed with Beoro that it would not be a bad thing if changes to commission practices means there’s a thinning of less-professional agents from the Realtor ranks.

“I personally think that the practice of real estate is a nearly sacred vocation that ought to be handled by professionals at the highest level,” Boero said. “Look, we’ve got a million-and-a-half real estate agents in the United States of America. It’s too many. I think if we cleared out a half million real estate agents, and we had a tight cadre of pros with great agents, great teams, great brokers — that to me is not painless, but it’s a net positive.”

Plan as if the traditional commission model is going away

The takeaway Boero said, is for brokers to “plan for the contingency, that the way we are doing it now goes away. So what do you do as a team? Do you develop a fee-for-service, buyer-broker service? Do you do a retainer model? Do you do an hourly model? Start planning now, so that when the shoe drops, they’re not among the hundreds of hundreds of thousands who are going to be unemployed.”

While individual agents may not be planning for radical changes to commission practices, Boero is convinced that real estate brokerages and other companies that depend on the commissions paid to buyer’s agents are.

“So if this does come down, it’s not going to affect just the average agent, the average broker, the average team — it’s going to go all the way up the chain to you know, some of the biggest players in our space. So you better believe me that Zillow has been wargaming, this and contingency planning for the last year and a half, right? And so I guess the lesson is, we should all be doing that in our businesses. And maybe all of the plans never have to be taken out of the drawer, but it seems like you should have the plan in place.”