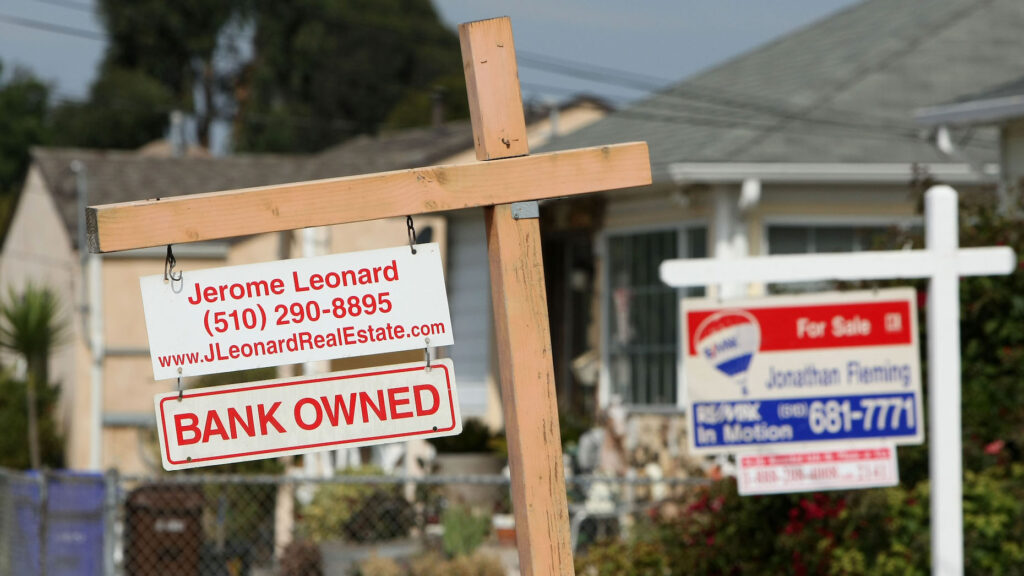 Inventory rose 69 percent, and sales fell 38 percent to close out 2022 as the nation moves away from the frenzied seller’s market and closer to balance, according to a new market report from RE/MAX.

The housing market continued its move away from frenzied highs of the COVID-19 housing market and closer to a balance between homebuyers and sellers in December, according to a new report from RE/MAX.

Homes sat longer on the market compared to a year earlier and sold for just under list price, the report reads. Inventory, meanwhile, stayed at 2.5 months, the same level as November but more than double where it was a year earlier.

The numbers largely confirmed what real estate experts expect for 2023. They generally predict a more balanced market with home prices near flat and continued drops in sales.

“As strong believers in the advantages of homeownership, we think the ongoing market rebalance is actually a good thing,” Nick Bailey, RE/MAX president and CEO, said in a statement. “It’s putting buyers and sellers on more equal footing, which is refreshing after so many years of sellers having the upper hand.”

RE/MAX generally defines a balanced market as one with stable prices, homeselling at or near asking price and transactions closing within a reasonable amount of time (not too fast or slow).

The report is based on MLS data for single-family residential properties in 53 markets, including most of the nation’s biggest metro areas. The number of homes for sale jumped 69 percent compared to December 2021. Home sales fell by 38 percent year-over-year. 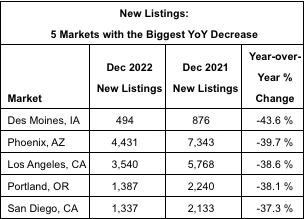 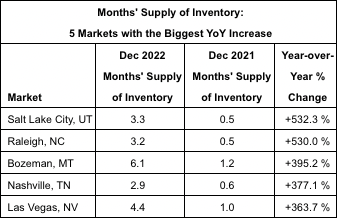 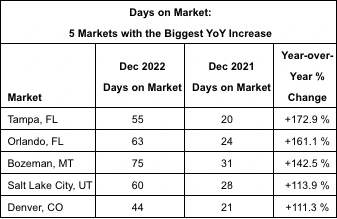 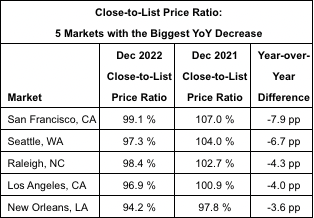 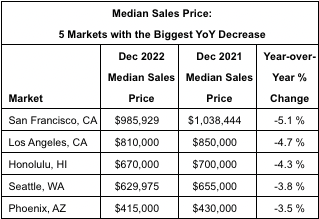 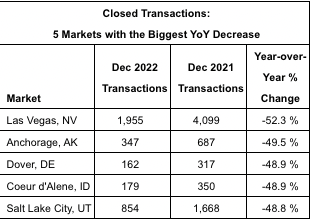 The median sales price was 1.3 percent higher in December than the year before, but homes closed for 98 percent of the list price on average in December, according to the report. That was down 5 percent compared to April and May.

“Sellers still have a strong position, but buyers are gaining more power in what’s likely one of the largest financial transactions of their lives,” Bailey said. “With mortgage rates and home prices appearing to stabilize, and with the dramatic increase we’ve seen in the number of homes for sale, both buyers and sellers have reason to be optimistic as we head into the new year.”

New listings actually fell sharply from November to December, the biggest monthly drop of the year. Homes spent 10 more days on market — 47 days — than they did a year earlier.

Salt Lake City saw the biggest rise in inventory, with 3.3 months of inventory compared to about 15 days a year ago. The city was in the top five markets studied for increases in days on market (60, up from 28) and decline in closed transactions (48.8 percent fewer).

The median sales price dropped most in San Francisco (down 5.1 percent) and Los Angeles (down 4.7 percent), the report reads.

“Looking forward into 2023, the higher-interest rate environment clearly poses some challenges — but as buyers, sellers and agents recalibrate their expectations, sales will continue to occur,” Bailey added. “Demand hasn’t gone away. The question is which real estate professionals have the skills, experience, resources and adaptability to provide the guidance consumers will continue to need.” 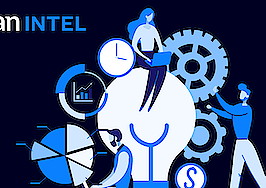 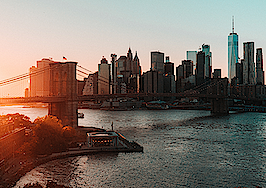 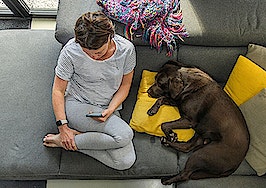 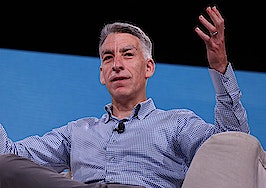 Kelman: 'I probably should have closed the iBuying business earlier'