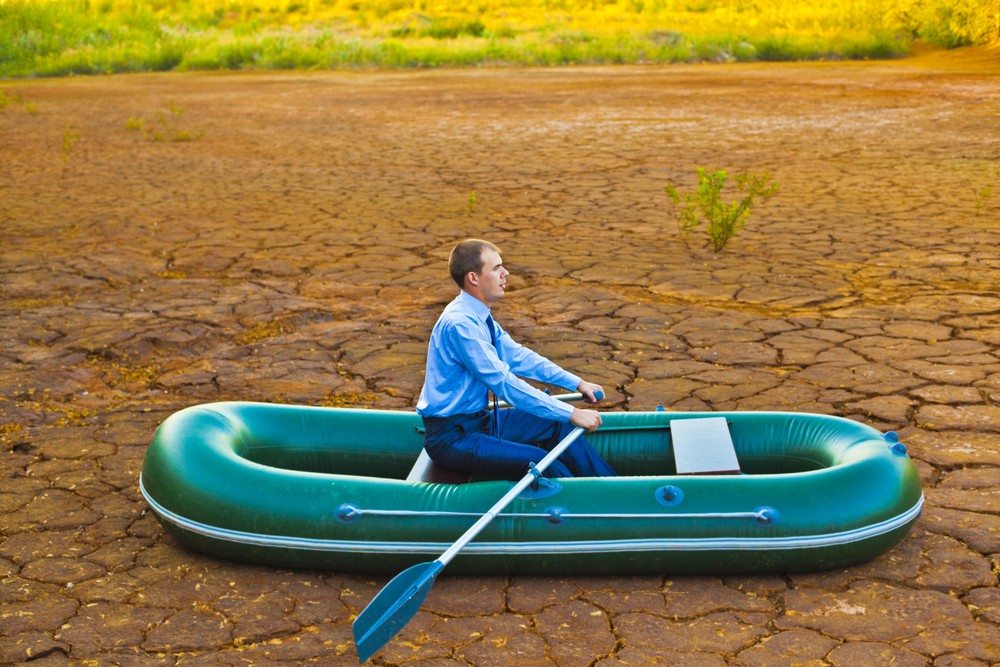 A lot of movement under the covers. Although few sounds, nobody talking, most of the lumps are recognizable.

Long-term rates have fallen here and everywhere since late March, and have taken a new leg down today, 10-year Treasurys to 1.67 percent for the first time since December. Some of today’s move may be “event risk” bond-buying to protect against Syria. If they’ve really used Sarin, in a region vastly more dangerous than, say, North Korea….

It’s more likely that the wrestling under the sheets is economic action. Starting with today’s GDP report, Q1 2013 annualized growth at 2.5 percent versus expectations of 3.1 percent, and dreams of 4 percent and even 5 percent before March data turned down. March data have been so poor that odds favor a downward revision from the 2.5 percent.

The Chicago Fed’s index whipped to minus .23 in March from plus .76 in February, and new orders for durable goods tanked 5.7 percent versus expectations for a decline half that size — even stripped of volatile orders for transportation, durables were down 1.4 percent versus hopes for plus 0.5 percent.

China’s purchasing-managers’ equivalent in April slid by surprise (why is anyone surprised?) to breakeven 50.5 from 51.5 in March. Global commodity prices continue to follow China’s track.

The Bank of Japan’s ultimate stimulus is thus far leaking yen out of Japan, aiding the global drop in long-term rates but not appearing to do anything for Japan itself.

Europe has found new cans to kick, but only after concluding a new deal with Mephistopheles. It is now painfully clear that non-German economies cannot recover under current policies (tied to the over-strong German-euro), nor can they continue current austerity.

Spain bolted today, announcing 3 percent budget deficit target in 2016, which might as well be 2061. The deal with the Devil: just keep on borrowing past the point of no return, Italian and Spanish 10-year sovereign yields falling from the 7 percent tops in 2011-2012 now to 4 percent under the protection of the ECB (which is expected to cut its overnight rate next week from 0.75 percent, a band-aid on a traumatic amputation).

Footnote on “point of no return.” Rogoff and Rinehart, the great researchers of past financial crises, were caught in an error two weeks ago which questioned their sovereign debt tipping point at 90 percent of GDP.

Global Krugmanites leapt on the flaw: “Hah! See! We can borrow forever.” No, you can’t. You can get away with it for a long time if your central bank helps, and far beyond 90 percent of GDP, but if you pass the hazy horizon in which your economy will never be able to generate enough tax revenue to pay the interest due… one day, someday, you will default. The Devil smiles.

To move eyes from overseas to here is a great relief. Our own austerity is probably responsible for our spring slowdown, but interest rates are falling accordingly, the Fed has no inflation fear except too low, and can and should continue QE.

Most amazing, budget deficits are falling at all levels of government, especially federal, which may make it below 3 percent of GDP within a year. If the economy does not plotz, just mashes forward, we could stumble into a Clinton-style, accidentally balanced budget.

It’s a big country. March sales of existing homes actually slid slightly, and sales of new ones are consistently below forecast. The usually reliable FHFA has home prices up 7 percent year-over-year, and that overstatement is testimony to everyone’s struggle to measure prices during the transition from high levels of distressed sales to low.

MGIC, the mortgage insurer, just released its April run-down on 73 metro areas: 15 are “weak,” 26 are “soft,” and 32 “stable” (which in MGIC terms means “moderate” price appreciation, “balanced between buyers and sellers”), and still not one, single “strong” market. Twenty-six of the 73 markets are rated as “improving” (in the process of moving to a better category).

A housing-led recovery will come. But given given wildly overtight credit and little growth in incomes, even among those with jobs, it’s going to take time.

I hate to argue with inspired Bill McBride (www.calculatedriskblog.com) using his own charts, but his sooner-stronger housing-led recovery is not visible. Yet.

World events put inflation fears to rest
Back to top
We've updated our terms of use.Read them here×
Inmanpot