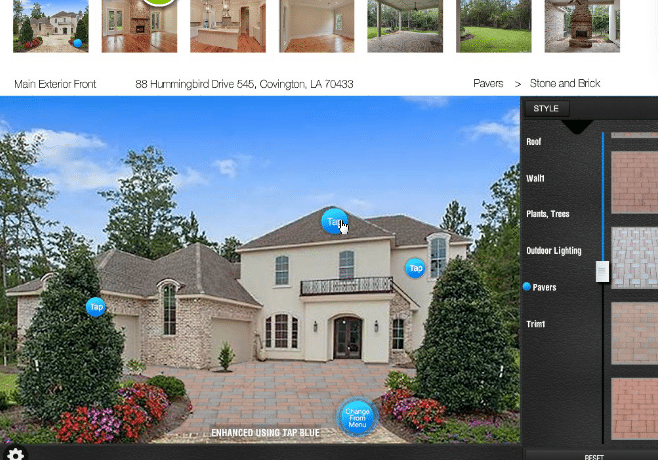 You wonder, for a moment, what the space might look like if you spruced it up a bit by adding a widescreen TV, wrap-around couch, ottoman and plaid wallpaper.

Then, you move on to the next listing.

Perhaps you would have been more intrigued if the listing had been accompanied by a design tool that lets consumers virtually revamp the appearance of homes by adjusting color schemes, furniture and other objects in listing photos.

The tool above — a white-labeled version of HomeSnazzer, a virtual design tool offered by real estate software provider VisApp — does just that.

Franchisor ERA Real Estate plans to add a link to the tool on upscale listings that appear on eradistinctiveproperties.com, which hosts close to 500 listings that are generally in the top 10 percent of the price range in their markets.

Luxury buyers often make substantial changes to a home’s layout and decor, so a tool that helps them envision those changes would be particularly useful to them, said Jamie Goldman, ERA’s vice president of platforms.

“They want to personalize the home even after they purchase it,” Goldman said. “The visualizer is a way for them to see what it could be before they move in.”

ERA, which plans to make the tool publicly available within the next two weeks, is the first franchisor to integrate HomeSnazzer into its website, according to Goldman.

Executives at the Realogy franchisor think the tool, which will also be available through a native iPad app, will generate more Internet leads and provide additional value to clients by helping them better understand the potential of homes.

“We wanted to give our distinctive property specialist an extra leg up in the market,” he said.

The tool works by rendering listing photos into 3-D environments onto which users may superimpose colors and objects. Users can toss a table into a dining room, adjust its size and spin it around.

ERA’s implementation of HomeSnazzer iterates on existing virtual staging tools in two ways, according to Goldman.

First, it automates what used to a labor-intensive process, he said. Whereas legacy tools might have required users to pick out elements of a photo to manipulate, ERA’s tool automatically identifies potential canvases like a kitchen countertop, facade or front yard.

Second, the tool can be easily accessed on listing pages. That allows consumers to use it without relying on an app or someone else to make adjustments to photos for them.

“An agent doesn’t have to do anything,” Goldman said. “They just pick the photos they want to use and the rest happens for them.” 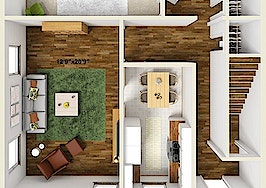 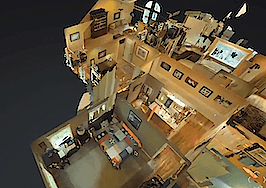