by Frank Aazami
You successfully shared the article.
Close

We might have the jobs back in Arizona and that should help the housing market — especially affordable housing, but what is of concern is the current supply-demand trend in the mid-to-upper ranges.

Our problem right now is specific — it’s people with money not buying. And actually that’s not quite right. Because there are definitely sales and depending on the market segment, sales are similar to and maybe a little better or a little worse than last year at this time, depending on where you look.

Our problem right now is specific — it’s people with money not buying.

The issue, most succinctly, is that high-end listings have outpaced sales by three to five new listings for every one sale here in the Phoenix market. That’s the problem. The imbalance in supply versus demand.

I don’t know if this is a national problem or more local. I know the Seattle, San Francisco and New York City market, for example, are still on fire — but then again, look at the employment picture — they have all those high paying jobs.

We’re getting some of that, but I don’t think we’re in the same league in terms of high paying job growth. I would love to be wrong about this.

But then we look pretty good compared to the oil-producing states such as Texas whose fortune are on the wane with the crash in oil prices. So, as per usual, it depends on where you look and what you’re looking at — price point.

My concern is the worldwide economic slowdown. The drop in commodity prices and something I have not seen in my lifetime — deflation, and not just oil.

The faltering world economy and the systemic issues around global markets and whether or not, or at what point it really hits our stock market and causes the major correction many think is imminent — these are the kinds of thoughts that I think people with money might have.

The S&P/Case-Shiller Home Price Index report has been published for January. This covers sales that closed between November 2015 and January 2016. Ranking the 20 cities reported by their month to month price changes we see the following:

At 15th place, Phoenix has dropped dramatically from last month when it was third. We are a little puzzled why this would happen as we are not seeing the same price trend that Case-Shiller is reporting.

If we restrict our analysis to Greater Phoenix, the increase is still 1.2 percent using ARMLS closed sales.

Looking at all the recorded sales across Pinal and Maricopa County we get an average price per square foot of $134.24 for the fourth quarter of 2015 moving to $135.58 for November through January 2016, an increase of 1.0 percent.

So the latest Case-Shiller number for Phoenix looks a little suspect.

The annual change table is as follows:

Chicago appears to be the weakest of the major markets covered by Case-Shiller while the Pacific Northwest (Portland and Seattle) are the strongest.

It’s the continuing story of a trifurcated market — hot low end; simmering low to mid-range; and soft upper-mid to high-end market with supply continuing to increase relative to demand.

That’s the story in a nutshell.

I always have to add the caveat that no small part of what you bring to the table is your ability to parse the sub-market interests of your buyers and sellers.

You bring to the table your ability to parse sub-market interests. 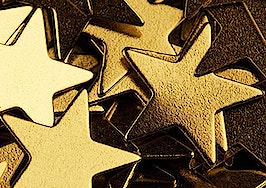 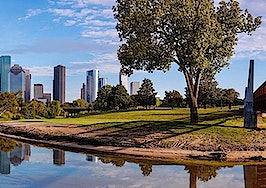 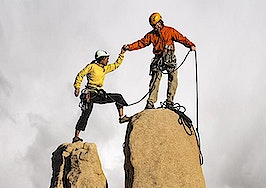 The 3 biggest challenges that homebuyers face in 2016
Back to top
Keep up-to-date on tools and tactics to impress your clients and outshine your competition with the 2022 virtual bundle.Register Now×
Agent Appreciation Sale: Inman Select for only $85.CLAIM OFFER×
Inmanpot
Log in
If you created your account with Google or Facebook
Don't have an account?
Create an Account
Forgot your password?
No Problem