A home sale completed 16 years ago has yet to rest in peace as details of the property’s grisly history bubble to the surface.

A couple in Monterey, California, have filed a lawsuit to find relief from a situation giving them nightmares, and a home they’re afraid will never sell again.

The problem came to light in September 2015, when a landscaping crew at Laura and Richard Coté’s house in the Golden State’s rugged central coast discovered a body in the backyard. The incident led the couple to another startling revelation: This wasn’t the first crime scene to take place on their grounds.

A home sale completed 16 years ago has yet to RIP.

Alfred Powell, a former tenant who lived in the shed behind the house, had been convicted of murder in 1983. His victim, Suzanne Nixon, was found beaten to death on the property in 1982.

The Cotés had been living in the home since 1998. After renting for 18 months, they decided to purchase it in 2000 for $339,000 — not knowing what had transpired years before. They believe, however, that others involved in the transaction were aware but failed to disclose these details.

A Monterey, CA, couple filed a suit against their former buyer’s agent for failure to disclose.

On June 3, the couple filed a civil complaint against the owner who sold the home to them, Sean Ford, along with their buyer’s agent at the time, Herbert Aronson, who is currently associated with Keller Williams Coastal Estates. The three additional individuals who jointly owned the home before Ford — a married couple and the wife’s mother (who then was a real estate agent) — are also listed as defendants.

Who knew what, when?

Now, police say that by the time authorities arrived and found Nixon’s body that night in 1982, Powell had already killed and buried the other victim (a woman named Sandra McGee-Steppuhn) — and that’s who the landscapers found.

Powell, 60, is currently serving 15 years to life in Solano State Prison. He pleaded not guilty to McGee’s murder.

Attorney Aerin Murphy says the Cotés have been traumatized by the experience and “worry another victim could still be buried somewhere.”

“Can you imagine? It was absolutely shocking,” she told Courthouse News Service. “Monterey is a Lookie-Lou small town and there has been a barrage of people and media in front of our clients’ house. It’s overwhelming.”

Attorney Aerin Murphy says the Cotés have been traumatized by the experience.

According to the lawsuit, the Cotés hired Aronson, a local agent, to protect them during the transaction after “Ford pressured [them] to close on a sale quickly.”

Based on “information and belief,” the lawsuit alleges that as a longtime resident and real estate professional for over 30 years, Aronson knew of the property’s “notorious past” and “stigmatized nature,” along with the former owners of the home.

“Murders in Monterey are extremely rare. An event [such as this], which was highly publicized and local at the time, would be common knowledge to any local real estate professional,” the lawsuit states.

In a response to the filing, a lawyer writing on behalf of Ford responded saying that the defendant had no prior knowledge of the 1982 murder, when he was a high school “kid” and not focused on the local news.

Attached to the response is the disclosure statement from Ford’s purchase of the house in 1994 as evidence that the former owners made no mention of the murder.

California statute does require disclosure of any material facts that could impact the home’s value or desirability.

California statute does require disclosure of any material facts that could impact the home’s value.

In a recent article, Bernice Ross, CEO of RealEstateCoach.com, advised agents on this topic: “Even if your state doesn’t require you to disclose these types of events — it’s probably best to err on the side of caution,” she wrote, “You can bet that the neighbors won’t waste any time telling the new owners the gruesome truth.” 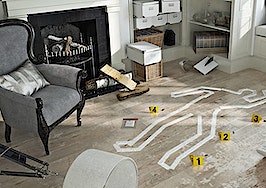 Selling homes of the dead: Do you divulge their bloody past? 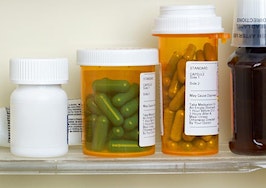 How to handle 'Why are the sellers moving?' like a pro