Today, Washington, D.C., ranks among the nation’s most thriving and vibrant cities. While the rest of the country got hammered by the Great Recession of 2008 and struggled to recover eight years later, a remarkable inversion occurred in Washington, D.C.

As real estate markets receded elsewhere, the District of Columbia blossomed. Flush with trillions of taxpayer dollars, largely the result of two foreign wars and the stimulus, the D.C. economy flourished.

By some measure, our nation’s capital has become the richest region in the country. Three of the highest-income counties in the United States are located in suburban D.C., and six of the 10 wealthiest counties are in the D.C. metro area, according to the U.S. Census Bureau.

Indeed, life is splendid in the Washington region. Falls Church, Virginia, led the nation with a median household income at $121,250 a year.

By comparison, the national median household income was $56,516 in 2015 — half of what the median District worker earns annually, the Census reports. 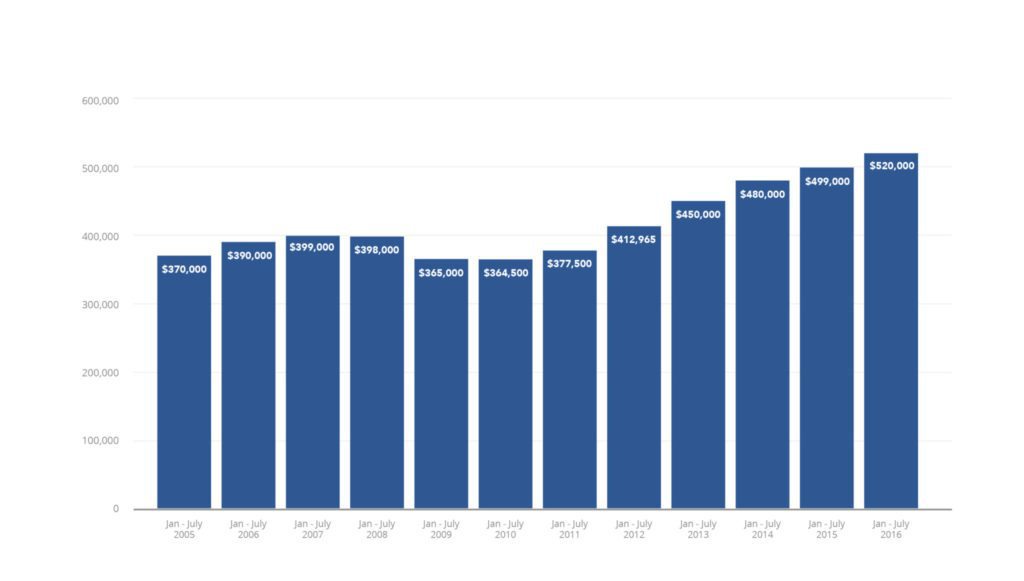 Not only are household incomes high in the Imperial City, but the D.C. metro housing market is thriving, too, fueled by high prices, expanding transit options, new developments and an influx of upwardly mobile millennials, both inside and outside the Beltway, experts claim.

Although home prices in the District of Columbia haven’t hit Manhattan and San Francisco levels, it is among the nation’s most expensive, outpacing cities in California like Los Angeles and San Diego. 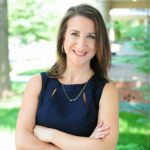 Silvana Dias, a broker at Long & Foster in Spring Valley, said D.C.’s prosperity and growth are best seen inside the Beltway, where some of the trendiest neighborhoods are blossoming, including the District’s new “it” communities like U Street, H Street, Shaw, Bloomingdale, Trinidad and Ledroite Park.

Dias said young professionals, often childless, are a sizable part of the buyer base. She also sees a steady influx of older empty-nesters, who are looking to downsize their suburban homes to take advantage of the District’s cultural amenities.

“The market is hot,” Dias said, referring to the frenzied D.C. real estate market. “I have tons of buyers, but there’s no inventory. Properties fly off the market, with multiple offers.”

Dias, who closed 58 transactions last year, said proximity to the Metro, Washington’s public subway system, and walkability are important issues for buyers. She said gentrification in many communities was driving home sales.

Although gentrification remains rare nationally, it’s on steroids in the District of Columbia.

In Washington, according to a study by Governing magazine, 52 percent of Census tracts that were poor in 2000 have since gentrified — more than any other city bar Portland, Oregon. Young, mostly white, well-educated millennials, have crowded into a district once built for largely for families.

The ZIP code 20002 in Washington, D.C., was worth $570,531 on average in 2015, about 91 percent more than in 2004, reports The Post. Young millennial gentrifiers love the 19th century Victorian row houses, and real estate investors see abundant opportunities in which to flip them, Dias said.

Simultaneously, a demographic transformation is taking place in the District.

Latinos and Asians make up 10.6 and 4.2 percent of the population respectively. Also, the region has one of the country’s largest black middle classes and has lower rates of unemployment across all racial categories than is seen nationally.

“D.C.’s a young city,” Dias said; she works with her husband, Alex. “Buyers want nightlife and walkability. And the Metro is a must for 90 percent of my clients. But walkability is super important to them.”

The U Street area was once the epicenter of the city’s black community, vibrating with music, culture and entertainment. Hailed as the “Black Broadway” during most of the 20th century, great jazz performers like local-born Edward “Duke” Ellington, Billie Holliday, Count Basie, Cab Calloway, Ella Fitzgerald and Shirley Horn performed at local U Street clubs such as the Crystal Caverns and at the landmark Lincoln Theater.

But after the assassination of Martin Luther King Jr. in 1968, much of U Street homes and businesses were burned by rioters. Black middle-class and working-class families began leaving the city for the suburbs.

Areas in Columbia Heights and on U Street in Northwest D.C., and along H Street, Northeast, were badly damaged and weren’t rebuilt. For decades, the neighborhoods disintegrated into crime, homelessness, drug use and urban blight.

Slowly, things started to change a decade ago. A Metro stop (the Green Line) opened in 1991, and artists and professionals started move in, lured to the area by old fixer-up three-story brick row houses, new townhouses, condos and low home prices.

Now, U Street is new and hip again, Dias said. The construction of the Green Line Metro station and the rise of real estate prices brought renewed interest in U Street area, and new condominiums and townhouses have sprung up, replacing vacant lots and low-slung buildings.

“There’s a lot of new construction in the U Street Corridor,” Dias said, pointing to new central city housing.

Dias said the fast-changing Trinidad neighborhood is another popular area among buyers. Trinidad is filled with Victorian row houses undergoing renovations, she said.

It’s a five minute walk from the restaurants and bars along Northeast’s H Street corridor, and a 10-minute stroll to Union Market. Along its western edge is Gallaudet University.

Designed 200 years ago by French architect and civil engineer Pierre Charles L’Enfant, the Parisian-style city of Washington, D.C., is divided into four quadrants. The north-south axis is formed by North and South Capitol Streets. The east-west axis is formed by the National Mall in the west and East Capitol Street in the east.

Kent Fowler, an agent with Keller Williams Capital Properties in Dupont Circle, said the District is a collection of neighborhoods that are constantly changing and being reinvented.

“When I moved to D.C. in 1993, Dupont Circle was edgy,” Fowler said referring to the now-gentrified yuppie northwest neighborhood near downtown where Fowler lives and works.

“In the mid-90s, Logan Circle transitioned into a sought-after community. Then, U Street and Columbia Heights took off. By 2008, Bloomingdale made the gentrification leap. Now, I would say Brookland is starting to pop. You can get good values in Brookland.”

Fowler said neighborhoods once off the radar like Brookland are blossoming. The serene Brookland neighborhood in northeast Washington is located near the Catholic University of America.

It is a residential area with modest Victorian, red-brick row houses and bungalows and leafy, tree-lined streets that has reinvented itself as an arts and entertainment destination, he said.

“The D.C. real estate market really came back in 2009,” Fowler said. “The last four springs have been very strong, with multiple offers on most properties. But it slowed down a little this summer.

“I think there could be some pent-up demand because of the election. I saw this four years ago. After the election, the market becomes more stable.”