First-time homebuyers have had a heck of a time finding homes to buy during the past couple of years — and that’s not about to get any better, according to recent research by Trulia. 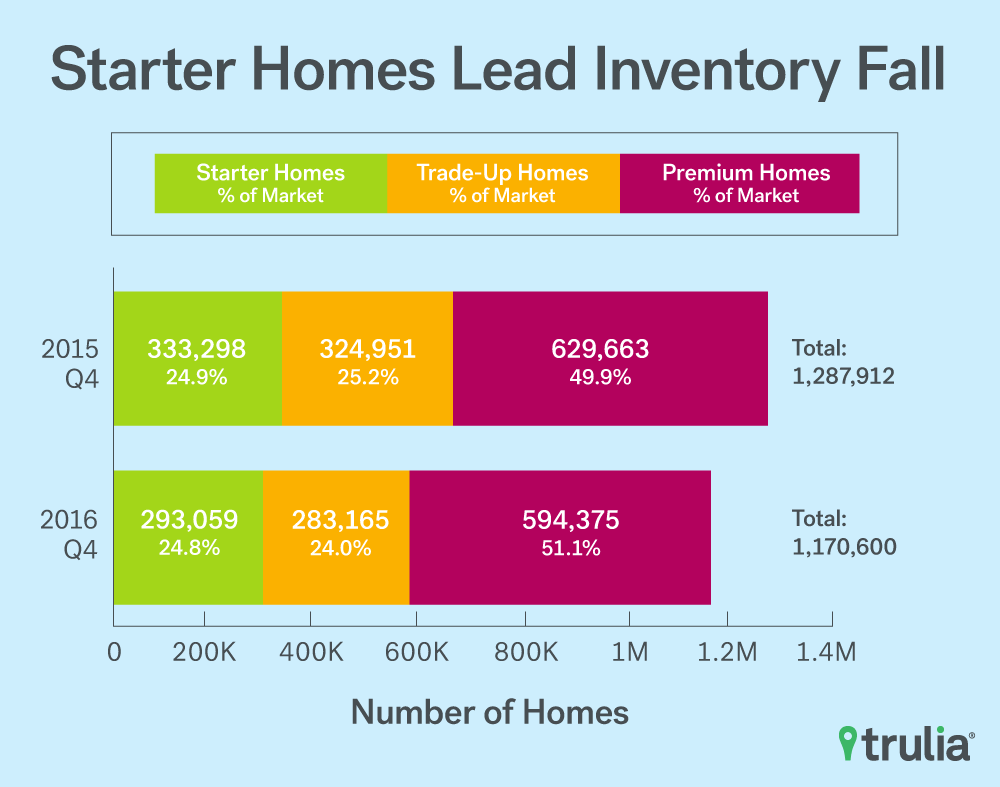 But the inventory shortage is disproportionately impacting the starter-home market — the number of available starter homes dropped 12.1 percent over the past year.

Meanwhile, the median purchase price for those homes skyrocketed, making the dream of homeownership out of reach, or at least harder to obtain. 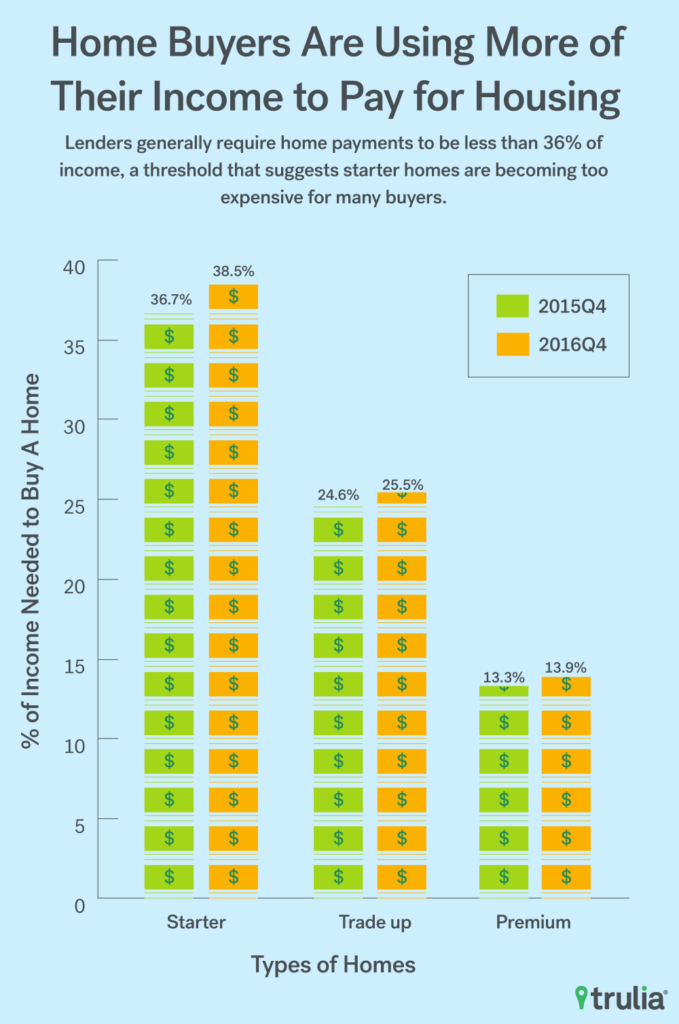 Some experts are forecasting that first-time buyers will capture a greater share of the market in 2017, but if Trulia’s research holds true throughout the upcoming year, those experts’ hopes may soon be thrown in the trash.

As seen in the graphic above, lenders usually require monthly mortgage payments to account for less than 36 percent of a homeowner’s income.

But starter-home owners, who are also most likely first-time buyers, are being priced out of homeownership.

Finally, the starter-home inventory shortage is squeezing residents on the East and West coasts in cities such as Sacramento, California, plus San Francisco, San Diego, Los Angeles and Miami. 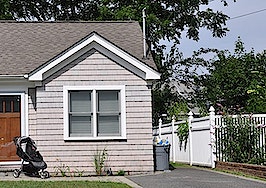