Unfortunately for first-time buyers, housing affordability is worsening across many major real estate markets, according to a new report.

Unfortunately for first-time buyers, housing affordability is worsening across many major real estate markets, according to a new report. 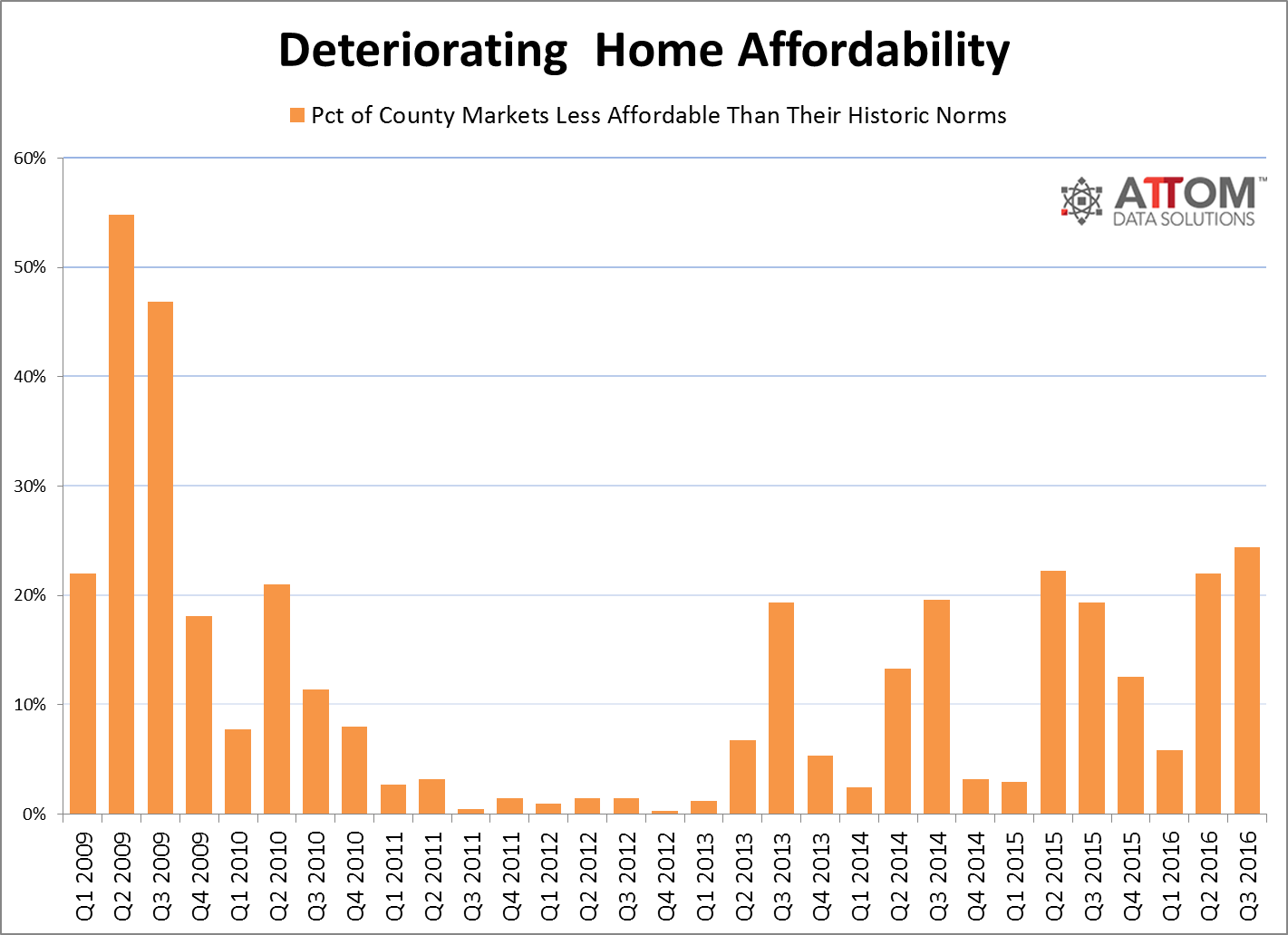 Although mortgage rates are down 45 basis points from one year ago, most markets displayed deteriorating housing affordability. Daren Blomquist, senior vice president of Attom Data Solutions, says improving affordability reported in the second quarter turned back.

“There was some evidence, that in our last quarterly report, that wage growth was starting to catch up with home price growth in an increasing number of markets,” Blomquist said. “But that reversed course in the latest data, where the majority of markets saw home price growth accelerate and wage growth decelerate, which resulted in worsening affordability in 63 percent of markets compared to a year ago.”

63 percent of US counties showed declining affordability levels in Q3

The national average weekly wage dipped in the third quarter after 13 uninterrupted quarters of annual growth, the report shows. To add fuel to the fire, home prices rose faster in 59 percent of markets compared to a year ago.

Even closing costs are up, according to data provided by ClosingCorp, which says the average closing costs for all 414 counties analyzed reached $3,815 — or 1.8 percent of the median sales price. Closing costs — including title, settlement services, appraisal, transfer taxes, recording fees and home inspections — represent 8 percent of average annual wages, the data shows.

Some of the most unaffordable markets relative to their historical data are located in New York City, Houston and the Bay Area. Median prices across these 101 counties are less affordable now compared to the first quarter of 2005.

The silver lining on housing affordability

Thirty-seven percent of counties (153) saw affordability improve in this quarter, including Brooklyn — despite the fact that Kings County is still below its historical average.

“What we see happening is some of these high-priced markets, like Brooklyn and Marin County, is that they are finally hitting that affordability ceiling and are starting to see home prices slow down, which is actually improving affordability,” Blomquist explained.

“Whereas the markets that still have some runway in terms of affordability are still continuing to see strong home price appreciation and worsening affordability.”

The other 63 percent of U.S. counties showed declining affordability levels. Although Los Angeles County is more affordable than its historical average, affordability worsened compared to 2015. As of the third quarter, affordability in Los Angeles is down 2 percentage points year-over-year. 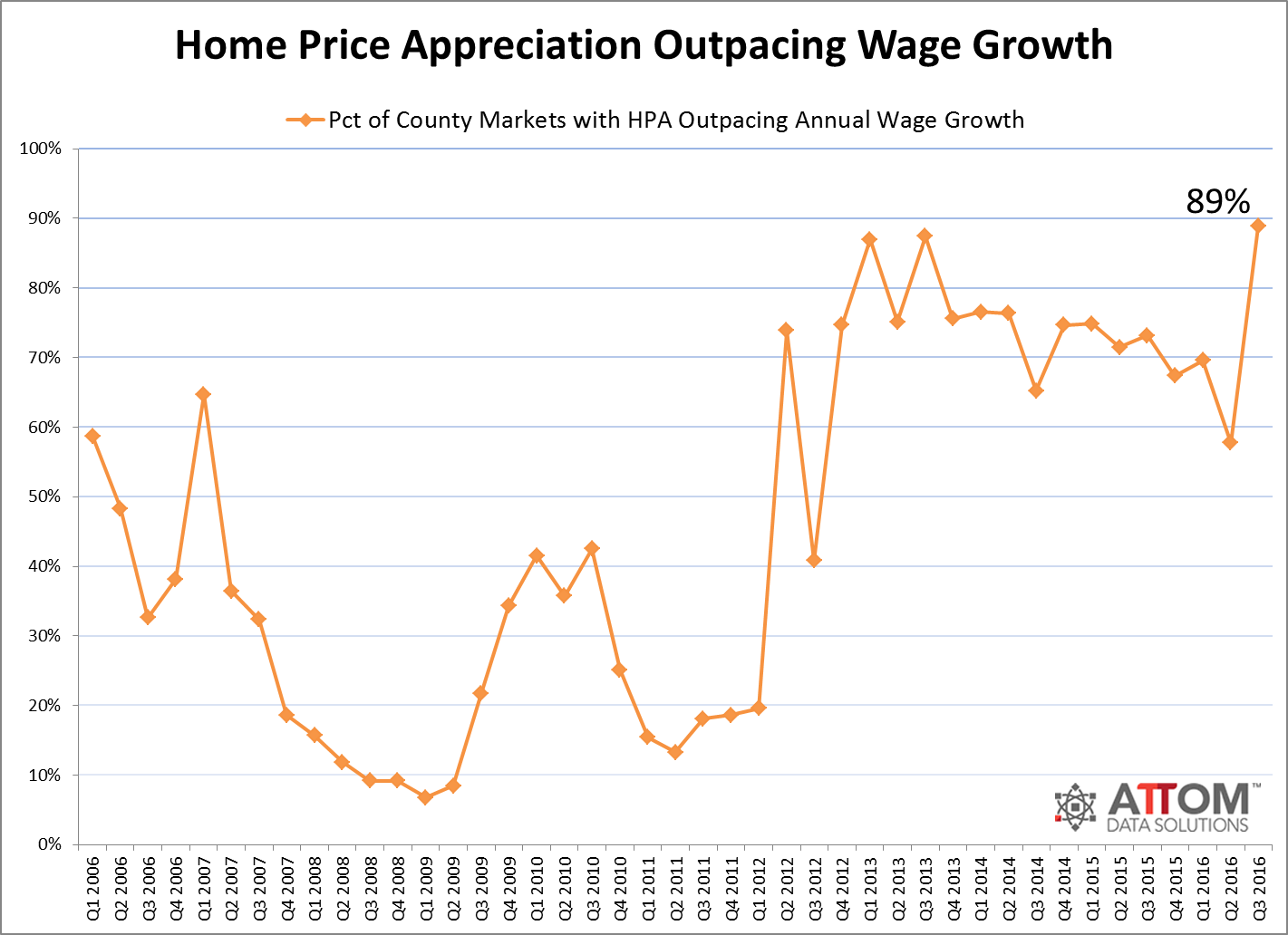 “Wages are the main culprit, but you still have generally strong home price growth in many markets causing this affordability conundrum,” Blomquist said.

On average, U.S. homebuyers must shell out 36.3 percent of their income to buy a median priced home, according to the report. While this is under the historical average of 38.8 percent, income-to-housing cost ratio is up from 35.9 percent last quarter and 35.8 percent from a year ago.

At the highest level, Brooklyn requires buyers to spend an average 123.5 percent of wages on a median priced home, while Manhattan home purchases require 96.6 percent of average wages, the report says.

In Santa Cruz County, the average earner spends 111.1 percent of income for a median priced home, while Marin County requires 109.4 percent of the average income. 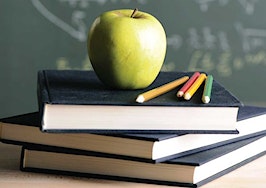