by Greg Burns
Share this article
You successfully shared the article.
Close

The show follows multi-millionaire real estate mogul Sidney Torres as he comes to the aid of struggling property investors in dire need of help.

Torres uses his own cash and years of experience to rescue inexperienced home flippers who are on the verge of losing everything. The series follows Torres in New Orleans as he throws distressed developers a lifeline in exchange for a piece of the property and a percentage of the profits.

Once a deal is struck, he will stop at nothing to pull these money pits out of the red, even if that means firing contractors or rolling up his sleeves and doing the work himself.

Profits can turn to dust, and inexperienced investors can end up losing money. Flipping is never as easy as it seems, but with the right partner, these deals can get back on track.

I recently wrote an article about the upcoming show and mentioned that the jury is out until we all have a chance to watch an episode.

Well, I have had the chance to watch Torres in action, and with much deliberation, I’ve come to a verdict. But let’s look at the series premiere first.

In the series premiere, Torres meets Nicole, a rookie developer who has bitten off way more than she can chew. Borrowing hundreds of thousands of dollars from her family, she gambled everything on a massive plot of undeveloped land with plans to create a subdivision of high-end houses.

Now with $3.5 million in debt and nothing sold, Nicole must turn to Torres, the Orlando Bloom look-a-like, with the hopes of transforming her “big risk in the Big Easy” into a successful project the community and her family can be proud of.

Once I got past the fact it was not “Will Turner” trying to save a damsel in distress (that’s Bloom’s Pirates of the Caribbean character), I got to see a man who understands the game of development and the emotions of people connected to it.

With his experiences as a treasure trove of lessons, Torres is able to calm the nerves and let Nicole see through the weeds with an understanding of the process and the stresses that accompany it.

You also get a chance to meet Torres’s biggest cheerleader, his mother, as a segue to bringing up his own stresses as a young developer to Nicole; this moment captures some real understanding that this business of development takes years of “over-night successes.”

Combining his own drive and Nicole’s commitment to the project, Torres and Nicole develop a strategy and implement it, which allows them to come out triumphant!

If you understand that you are not walking into a fresh idea when it comes to the show’s premise (Hotel Impossible, The Profit and several restaurant shows), then you might enjoy Torres’s efforts to help “bail out” people who get into situations that, in most cases, have put them in way over their heads.

I am not sure if The Deed will be dead after the first season, but the first episode did have some teachable moments, and the entertainment factor was OK.

With that said, I have come to the conclusion that The Deed is guilty of lack of imagination in regards to the show’s concept — and guilty of being only moderately entertaining.

I will leave the final judgment and the sentencing to the audience once the show airs, and I wish Torres and all his projects the best of luck!

Greg Burns is a partner and luxury home specialist at Elite Pacific Properties, LLC. You can follow him on Instagram at isleluxury or LinkedIn atGregBurns/isleluxury.com. 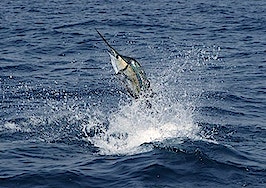 The Salefish: How selling luxury real estate is like trophy fishing

Greg Burns on attention to detail 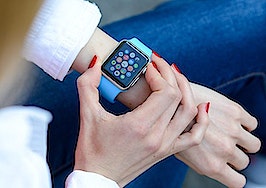 How the Apple Watch can make agents look rude 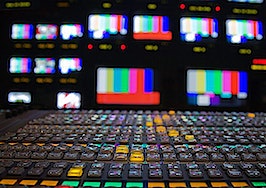