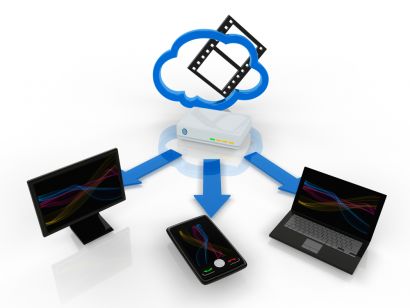 Editor’s note: This is the second of a three-part series on video creation tools for Realtors. Read Part 1, “Turn mobile photos into listing videos.”

Have you jumped on the video bandwagon yet? If not, you’re missing a huge opportunity to convert more buyer and seller leads into closed transactions.

Many agents are intimidated by video. They may not like the way they look on camera, or feel it’s too hard to do video well. Or they’re simply too busy.

In the meantime, they’re spending hundreds of hours on Facebook, hoping to generate leads. Others are paying for Google Adwords in the hope the online advertising model will drive visitors from their site.

If you want to put your Web and social media marketing on steroids, using video posted to your personal YouTube channel is one of the most powerful ways to do it.

Undoubtedly, the simplest way to start is with your smartphone. All you need is a good external microphone, a tripod, and a little creativity.

But shooting the video is just the beginning. What do you do once you have shot the video?

I have no trouble shooting videos from my iPhone. The challenge is what to do with it once it’s on my phone. I have tried using my webcam and then importing the file into iMovie. While Mac systems tend to be intuitive, iMovie is not. I could trot over to the Mac store for training, but this was too much effort.

I visited YouTube and noticed the “upload” button that appears once you have signed up for a YouTube channel. When you click on the “upload” button, the YouTube video creation panel appears. The interface is clean, simple, and appeared to be easy to use. You can upload your videos from other sources simply by dragging and dropping the video into the screen at the center of the page. The free version supports HD videos up to 15 minutes in length.

I decided to see how long it would take me to replicate the slide show style video that I did with Ptch, which took about 10 minutes from the download of the app until the completed video slide show (see Part 1).

It took me about 25 minutes from the time I figured out that I had to know which pictures I wanted to include in the video and then to sort through how to do it. Once I had the pictures picked out, YouTube allowed me to arrange them in the order in which I wanted them to appear.

YouTube also allows you to select from a library of music, or to upload music from your own library.

Next, I decided to upload the video I made in iMovie to YouTube to see if I could figure out the editing process intuitively on YouTube. I located the “scissors” icon and that was apparently the basis for doing the editing. The scissors let me trim the beginning and the end of my video. But it was not obvious how to edit out a middle portion where I made a mistake.

The next thing I tried was making a video using the YouTube system. It was as easy as clicking on the record button. Once I finished, I could tag the video, determine the privacy levels, and select any music or captions that I may want to use.

The issue once again was the editing. If I didn’t get the video right the first time, editing was going to prove to be more difficult than I could handle.

On the upside, the automatic posting to YouTube as well as the ability to control the privacy levels on my video is a huge plus over most other systems. YouTube allows me to make my video public, share it with specific friends, “unlist” it, or make it private.

So here’s my take on these various tools. If I can record the video with no errors, my smart phone or tablet is probably the simplest way to make an actual video and to post it easily online. If editing is required, it may be too much trouble for most Realtors. Hire a professional like the folks from HD Hat, WellcomeMat, or Videolicious and focus on your sales business.

If you’re doing a slide show, Ptch was super simple from the iPhone, but didn’t have the flexibility of using YouTube. I suspect that in the long run, doing the slide show in Keynote with a voiceover may be the easiest approach for me because of my many years using Power Point. I can have a “perfect video” since I can edit both the sound track and the slide deck as well as including headings, text boxes, and other animations.

There is a fourth approach to making videos that allows you to tap into your creativity in a fun and entirely different way. Stay tuned for Part 3 to learn more.

Bernice Ross, CEO of RealEstateCoach.com, is a national speaker, trainer and author of the National Association of Realtors’ No. 1 best-seller, “Real Estate Dough: Your Recipe for Real Estate Success.” Hear Bernice’s five-minute daily real estate show, just named “new and notable” by iTunes, at www.RealEstateCoachRadio.com. You can contact her at Bernice@RealEstateCoach.com or @BRoss on Twitter.

Ellie Mae: Mortgage credit continues to ease
Back to top
We're giving away 3 free ICLV tickets at Connect Now next week. Register and attend live for your chance to win!REGISTER×
Inmanpot
Log in
If you created your account with Google or Facebook
Don't have an account?
Create an Account
Forgot your password?
No Problem