Agent Ace isn’t the first matchmaking site that promises to match consumers to agents based on the agents’ transaction history, using agent performance data from sold and active listing feeds it obtains as a multiple listing service member.

But the site’s backers say they hope to avoid some of the bumps in the road other agent matchmaking sites have encountered in their dealings with MLSs, saying they intend to go to great lengths to respect the rules and interests of MLSs and agents.

With some prominent industry players helping guide it — three high-level DocuSign employees sit on the company’s advisory board and a former attorney for the National Association of Realtors (NAR) is one of its legal counselors  — the company may be able to avoid the kind of controversies that have embroiled agent matchmaking websites NeighborCity and HomeLight.

After processing an initial match, Agent Ace interviews both consumers and agents to gauge interests and verify information before making introductions.

In an effort to differentiate itself from other matchmaking sites, the site has already taken a number of steps intended to earn goodwill with the real estate community, said Agent Ace founder Mazen Fawaz.

The operator of another agent matchmaking site, Neighborcity.com, is currently embroiled in copyright lawsuits filed against it by two MLSs.

Agent Ace obtains data from MLSs by joining them as a brokerage. Although at least one other matchmaking site — Google-backed HomeLight — has come under fire for attempting to obtain listing data this way, Fawaz said Agent Ace has been diligent about earning buy-in from MLSs.

“Some of the administrators have wanted more information on what we’re doing. Some of them have sort of gotten it off the bat,” Fawaz said about MLSs that Agent Ace has joined. “We want to make sure in our chain of business that everyone is very happy.”

An alternative way to obtain listing data is to go through a listing syndicator, which rounds up listings from numerous brokerages and MLSs, and lets brokers decide where those listings can be sent. Matchmaking site Brokur ranks and pairs agents this way.

Industry professionals who object to the way companies like HomeLight use MLS data may question whether such sites are qualified to be MLS members. Even if they’ve obtained a brokerage license they may have no intention of offering or accepting offers of cooperation and compensation to and from other brokers and agents.

The official definition of a qualified MLS participant, as set by a 2008 settlement between NAR and the U.S. Department of Justice, states: “Mere possession of a broker’s license is not sufficient to qualify for MLS participation.” An MLS participant “actively endeavors during the operation of its real estate business to list real property of the type listed on the MLS and/or to accept offers of cooperation and compensation made by listing brokers or agents in the MLS.”

Critics of some matchmaking sites also believe that the sites should acquire a licensing agreement or an Internet Data Exchange (IDX) agreement in order to display MLS data or create a secondary product from it.

Agent Ace seems to be attempting to head off potential challenges to its MLS memberships (the company says it’s joined 30 MLSs so far) partly by co-listing or co-representing with seller’s and buyer’s agents that use its service.

While the site doesn’t secure licensing or IDX agreements, it does have Virtual Office Website (VOW) agreements with some MLSs, Fawaz said.

The co-listing and co-representation agreements Agent Ace strikes with agents stipulate that it receive a certain portion (usually not higher than 25 percent, Fawaz said) of the commission a seller pays after a sale.

Co-listing and co-representing with agents instead of using referral agreements may help Agent Ace add credibility to its claim that it’s not a referral network.

“We are effectively a brokerage … a real estate brokerage with an interesting way to get customers, that’s what we really are,” Fawaz said.

In contrast, HomeLight uses only referral agreements, according to founder Drew Uher. But he said that co-listing is a “path we will probably pursue in certain markets.”

Another matchmaking startup, LessThan6Percent, which does not mine MLS data, also uses only referral agreements with brokers and agents, according to founder Simon Ru.

While co-listing or co-representing changes a matchmaking site’s technical status in a transaction, it’s not clear if it meaningfully alters the business arrangement between an agent and the site: Agent Ace, just like LessThan6Percent and HomeLight, steers consumers to agents and earns a piece of the commission pie.

Asked if Agent Ace does anything more to facilitate a transaction than it would if it used referral agreements, Fawaz said: “We are sure to let the highly qualified agent/broker that we locate lead the representation. Once we make the connection, we take a back seat.”

Ru said that LessThan6Percent does not co-list “because that would send the wrong message to the agent community and to the consumers.”

Agent Ace also stands out from some other matchmaking sites because it does not display public profiles or rankings of agents.

The site keeps the determinations that it makes about an agent’s qualifications private.

After the site makes an initial match based on a consumer’s search criteria, it paints a portrait of the agent by displaying quantitative data including the locations of homes that the agent recently helped sell and his or her price performance. But it does not reveal the agent’s identity.

Only if a consumer asks to be connected to the agent does Agent Ace initiate interviews that could lead to an introduction.

The business focus of two backers of the site suggests that Agent Ace may make good use of paperless transaction software in the future. Marc Carlson, vice president of DocuSign, and Paul Cloutier, a business development employee at DocuSign, are both on Agent Ace’s board.

Fawaz said Agent Ace is working on integrating some of DocuSign’s technology into its product. That could allow the site to offer an agent the ability to update a transaction agreement through an app, he said.

Fawaz said the site doesn’t currently ask for these preferences. But he added that in the future the site would like to obtain “some of the softer stuff” about agents, like language fluencies.

“Patents are written as ‘broad’ as possible,” he said in an email. “These are meant as examples or general possibilities.”

Editor’s note: A previous version of this story incorrectly identified Robert Butters as a member of Agent Ace’s board of directors. Agent Ace does not have a board of directors, only an “advisory board,” and Butters is not on that board. Butters is the company’s legal counsel. Also, there are three Docusign employees on the company’s advisory board, not two as previously reported.

So what’s the verdict? Should MLSs consider Agent Ace a qualified member? 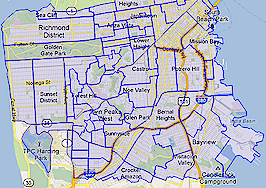 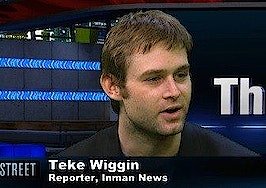 Court throws out NeighborCity's antitrust claims against NAR, MRIS
Back to top
Only 3 days left to register for Inman Connect Las Vegas before prices go up! Don't miss the premier event for real estate pros.Register Now ×
Limited Time Offer: Get 1 year of Inman Select for $199SUBSCRIBE×
Inmanpot
Log in
If you created your account with Google or Facebook
Don't have an account?
Create an Account
Forgot your password?
No Problem