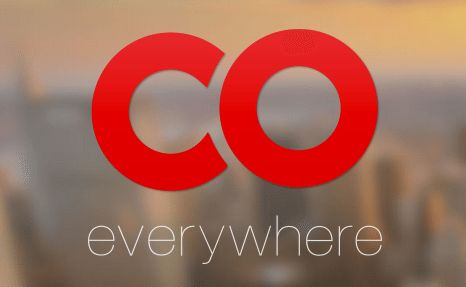 BlockAvenue, which started as a real estate-focused neighborhood information site last year, has relaunched as CO Everywhere with an iPhone app that surfaces location-based info from Facebook, Twitter and hundreds of other apps.

Users draw a circle on a map in the app and then it surfaces all the recent Facebook, Twitter, Instagram, Yelp, Groupon posts — and many others — from the app’s 1,400 sources, and displays them in a feed.

As part of constantly iterating on BlockAvenue “we were pulling apart (application programing interfaces) and the quantities of social data and social conversations that we were able to harness by location was astounding,” CO Everywhere co-founder and CEO Anthony Longo told Inman News.

“The big rock that we uncovered was social data,” Longo said.

For example, Longo said, he was able to participate in the recent Jay-Z and Justin Timberlake concert at Fenway Park in Boston even though he wasn’t there thanks to the near-live video, real-time tweets, Instagram posts and others he surfaced through the beta version of CO Everywhere.

“It gives a deep connection to a location,” he said, and “the ability to see a place through everyone’s eyes.”

BlockAvenue was narrowly focused on real estate, Longo said. CO Everywhere, which recently raised $500,000 from private investors, has a wider focus that includes the travel, events and civic verticals.

But Longo still sees real estate as one of the firm’s key marketplaces. Agents and consumers, he said, can use the app to get a feel for the micro-nuances that occur block to block in many neighborhoods, giving them insight into what it’s like to live there.

Currently, Longo said, the firm is focused on developing a critical mass of users before developing a monetization plan, which could include advertising, a location-based deal scheme and data analytics.

An Android version of the app is coming soon, Longo said.

Walk Score widget shows travel times during rush hour
Back to top
Only 3 days left to register for Inman Connect Las Vegas before prices go up! Don't miss the premier event for real estate pros.Register Now ×
Limited Time Offer: Get 1 year of Inman Select for $199SUBSCRIBE×
Inmanpot
Log in
If you created your account with Google or Facebook
Don't have an account?
Create an Account
Forgot your password?
No Problem