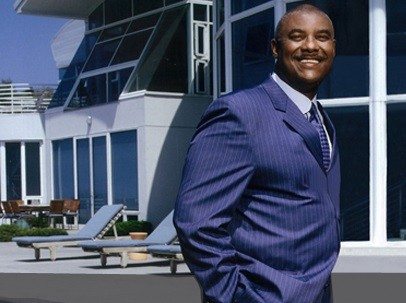 Le Francis Arnold, who parlayed a college football scholarship and a stint as an NFL lineman into a career as a prominent Realtor in his hometown of Los Angeles, died unexpectedly Monday at age 60.

Arnold, a Democratic Party candidate for the California State Assembly, was 2012 president of the California Association of Realtors. The 155,000-member trade group announced Arnold’s passing today.

“We are deeply saddened to learn about LeFrancis’ sudden passing,” CAR President Don Faught said in a statement. “LeFrancis was a great leader and an inspiration to all who worked with him, and his contribution to organized real estate is immeasurable.”

“I’m proud to have served on CAR’s 2012 leadership team with him. Our thoughts and prayers are with his family and friends during this difficult time.”

Arnold died of a heart attack, a CAR spokeswoman said. He is survived by his wife, Sheryl, two sons, Jason and LeFrancis II, two grandchildren, and his mother, Evelyn, according to the trade group. He was a 37-year veteran of the real estate industry, having followed his mother into the business in 1976.

According to a website created to promote his candidacy for CAR president, Arnold was a student council leader and all-league football lineman at Compton High School, winning a full scholarship to the University of Oregon in 1970.

There, he took just 3 1/2 years to earn a Bachelor of Science degree in finance and business economics. After playing for the Denver Broncos, Arnold became a licensed real estate broker in 1977 and a general contractor in 1979.

He was the president and owner of Century 21 Excellence Realty, president of LED Financial Group Inc., and an active member of the Realtor community. His local association, the Rancho Southeast Association of Realtors, named him Realtor of the Year in 1979 and 2008.

He was first appointed to CAR’s board of directors in 1994 and served on many CAR committees at the leadership level, including the executive committee, strategic planning and finance, and housing opportunity.

Heserved as president of the Los Angeles County Board of Realtors in 2008. Most recently, Arnold was a member of the National Association of Realtors’ board of directors.

Some of Arnold’s friends and colleagues have expressed their sadness at his passing on his Facebook page, describing him as a a “gentle giant” who was “larger than life.”

“But most of all, had the very rare ability to make you feel like you were the most important person in the world when he was speaking with you — no matter how many directions he was being pulled in. To have the ability to make a person feel that way… it is a gift.”

Editor’s note: This story has been updated to note than Imran Poladi is an exec at Harcourts Real Estate. 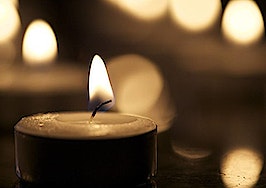 Real estate icon Harley E. Rouda Sr. dies at 83
Back to top
Only 3 days left to register for Inman Connect Las Vegas before prices go up! Don't miss the premier event for real estate pros.Register Now ×
Limited Time Offer: Get 1 year of Inman Select for $199SUBSCRIBE×
Inmanpot
Log in
If you created your account with Google or Facebook
Don't have an account?
Create an Account
Forgot your password?
No Problem