In the complaint, Smarter Agent alleged that the companies named in the suit violated three of its technology patents, all of which allow users to access real estate information via a mobile device. Among the companies named in the suit were Zillow; Trulia; realtor.com operator Move Inc.; ZipRealty; and Multifamily Technology Solutions, owner and operator of MyNewPlace.com. RealPage acquired MTS in 2011.

As part of the licensing agreement with RealPage, Smarter Agent dismissed with prejudice its claims against MTS, Smarter Agent said in an announcement. The patents, included but not limited to the three patents mentioned above, will bolster RealPage’s LeaseStar sales and marketing products by enabling rental housing seekers to access rich rental property data via a mobile device through the use of wireless, location-triggered searching, Smarter Agent said.

“We believe native iOS and Android apps with HTML5 wrappers is an important technology platform that will improve our customer experience. Licensing Smarter Agent patents eliminates uncertainty about use of this technology in real estate applications such as those offered by RealPage,” said Jason Lindwall, RealPage’s chief operations officer, in a statement.

In February, real estate data and technology firm CoreLogic announced it had signed a licensing agreement involving several patents held by Smarter Agent, including the three patents that have been at the center of Smarter Agent’s lawsuits. CoreLogic was not involved in the litigation.

At the time, Smarter Agent spokesman Philip Charles-Pierre said Smarter Agent was pursuing similar licensing agreements with other companies and had signed an agreement with a large, publicly traded homebuilder in January.

The company also announced then that it was creating a spinoff to license its growing stock of mobile-related patents and projected “substantial licensing revenue” in 2013. 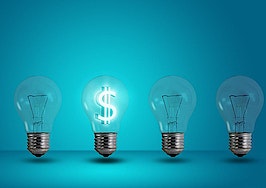 Listingbook files patent infringement suit against Market Leader
Back to top
TOMORROW: Leaders from eXp, Corcoran, RE/MAX, The Agency, and more are speaking virtually at Connect Now. Listen or watch live + receive the replays.Register Now×
Agent Appreciation Sale: Inman Select for only $85.CLAIM OFFER×
Inmanpot
Log in
If you created your account with Google or Facebook
Don't have an account?
Create an Account
Forgot your password?
No Problem