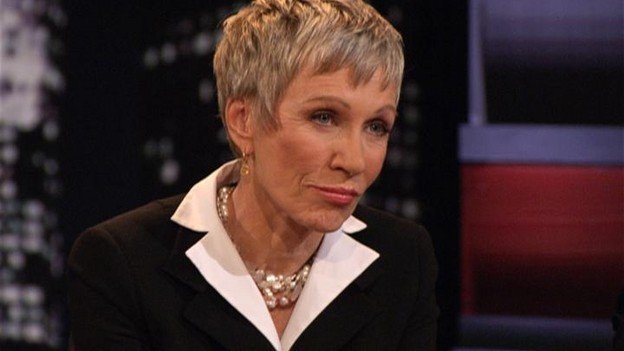 Straight D’s in high school, 20 jobs before she was 23, and a $1,000 loan from a boyfriend — who would have thought that the woman with this resume would become one of the most successful real estate entrepreneurs in the world?

At the California Association of Realtors Expo last month, Barbara Corcoran, founder of the Corcoran Group and star of TV’s “Shark Tank,” shared important insights that can help every Realtor who is struggling with their business and/or their personal life. Here are three of the most important points that she shared:

1. Make the most of what you’ve got
Each of us has different strengths. Corcoran shared a story about when she was working as a waitress. Apparently, one of the other waitresses was very well endowed and had an unorthodox style of serving food that had almost all the men sitting in her section. When Barbara turned to her mother for advice about how to attract more male customers to her counter, this was her mother’s advice: “If you don’t have big breasts, put ribbons on your pigtails.”

This later became the title of her best-selling book that highlighted many of the key lessons that she learned from her mother. The point is that the way you compete is by doing what is unique and authentic to you, not by trying to be something that you’re not.

2. “I’m great at failure”
Corcoran’s life story is filled with failures: Straight D’s in school and 20 jobs before age 23 says it all. Corcoran’s life changed, however, when Ramone Simone sat down at her counter. She immediately fell in love and set her sights on marrying him.

Simone and Corcoran started a small real estate company. The company was beginning to do well when Simone announced he was in love with the company’s secretary and intended to marry her.

It took Corcoran 18 months before she cut the ties because she couldn’t envision herself in business without him. After they finished splitting the business assets, Ramone’s parting words are what spurred Corcoran to her success: “You will never succeed without me.”

Her response was, “I would rather die that let him see me fail.”

Corcoran shared how this event shaped her business, as well as how it influenced the type of people she hired to work in her business. Everyone fails. The question is how long does it take for the person to recuperate when she is hit with failure? Does the person lament about it for days, weeks or months, or does she get back into action quickly?

Corcoran described this trait as “the rejection factor.” As she built her successful real estate firm, she noticed that the ability to quickly bounce back from rejection is a trait that virtually all top producers have in common.

To illustrate this point, Corcoran shared a story about a top-producing agent who was doing a tremendous amount of business in China. When the real estate market there crashed, Corcoran expected her top agent’s business to nosedive. Even though Corcoran left several messages, she heard nothing from the agent. Corcoran was worried sick.

When the agent showed up in the office, she looked exhausted. Corcoran was prepared to console her. When Corcoran spoke with the agent, however, she was shocked. The agent had been listing property after property as the Chinese liquidated their holdings in New York. In the meantime, the demand for Manhattan properties was high and the agent had already started selling what she had listed.

3. Expanders vs. containers
Corcoran described herself as being an “expander.” She is outgoing, people-oriented, and one of the most creative and successful marketers in the real estate industry. The challenge with being an “expander” is that you really need a “container” to balance and complement your energy.

Corcoran had a longtime friend named Esther who epitomizes being a “container.” Esther desperately needed a job so she approached Corcoran. Esther was the antithesis of Corcoran and was clearly not cut out for real estate sales. Corcoran gave Esther one of her cards and told her she would be in touch. She then watched Esther open her purse where she had a full-blown miniature filing system, right down to the tabs on the files.

Corcoran immediately recognized that Esther could add huge value to her company. “Expanders” are generally poor at managing details and paperwork. They’re often poor at managing money as well.

Esther is what Corcoran called a “container.” While expanders and containers may do well individually, when they combine forces they can be unstoppable. To illustrate this point, as effective as Corcoran was at negotiating, Esther was able to get substantially better deals and more concessions from their vendors than Corcoran could ever negotiate.

In terms of your business, if you’re great at sales, you’re probably an “expander” who would benefit from partnering with a “container” who is great at handling the details, the paperwork and the other chores you don’t do well.

If you’re a “container,” you will function best when your attention to detail is partnered with an expander who drives plenty of business but doesn’t manage it well.

So the next time you fail or bump into an insurmountable problem, remember Corcoran’s advice: It’s OK to fail. The secret is to pick yourself up as rapidly as possible, capitalize on your strengths, and remember to have fun along the way.

Real estate prospecting: Changing the rules can be good for business

Will robots replace Realtors? Automated showing agents, self-healing houses on the horizon
Back to top
Inman Connect starts tomorrow! Get your ticket for $99 before prices go up tonight.GET YOUR TICKET×
Inmanpot
Log in
If you created your account with Google or Facebook
Don't have an account?
Create an Account
Forgot your password?
No Problem