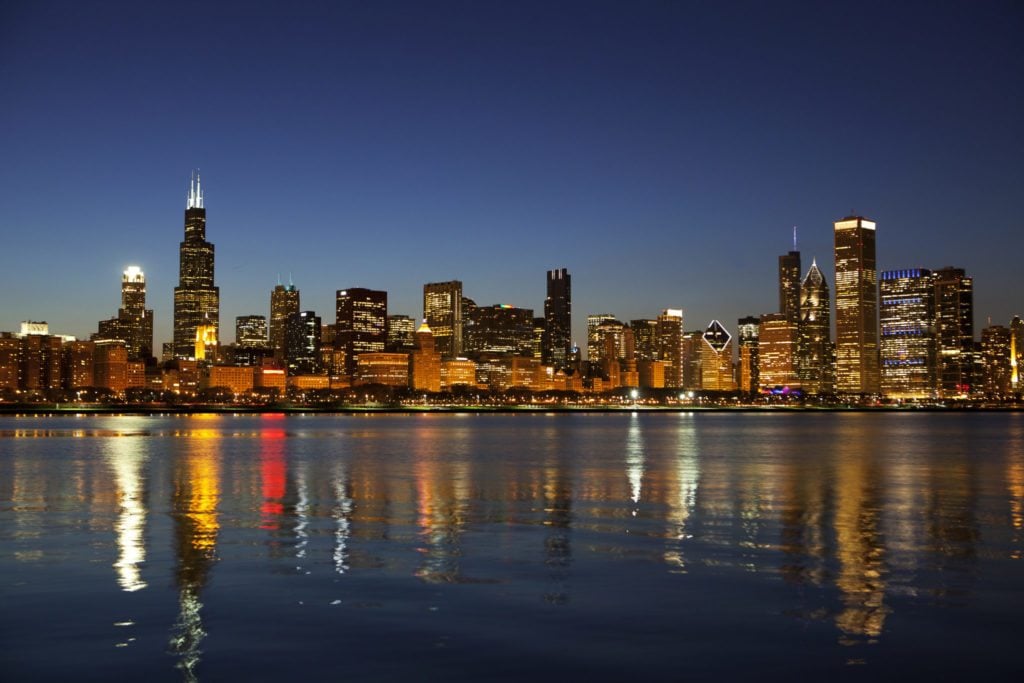 SAN FRANCISCO — Chicago may have its own Realtor Plaza in the not-too-distant future, modeled on New York’s iconic landmark, Rockefeller Center.

Cheers and applause followed a vote by the board of directors of the National Association of Realtors today in which the board approved a redevelopment project for the trade group’s Chicago headquarters at 430 North Michigan Ave. The project would involve demolishing the existing building, which is more than a half-century old, and combining it with an adjoining parcel to create a mixed-use development that would include retail, condominiums, a flagship hotel, and office space.

NAR currently has a nonbinding understanding with a partner to build the project. The trade group’s leaders declined to name the partner at today’s meeting. Pamela Monroe, chair of NAR’s Real Property Operations Committee, said the unidentified entity is “a world-class partner with premium credentials” that is “very private” and “extremely well-capitalized.”

“Our No. 1 priority is to maintain a permanent high-quality, high-productive work environment of which members and staff can be proud,” Monroe said, adding that other priorities include opportunities for branding and a return on investment.

NAR Treasurer Bill Armstrong noted that he and NAR CEO Dale Stinton had been in discussions with the partner for “a long time,” but had been prohibited from mentioning the project to members due to nondisclosure agreements. The partner, which has “billions to invest,” proposed a 93-story, 2 million-square-foot building that would be a “Rockefeller Center-type venue,” Armstrong said.

“This is one really exciting project we are trying to look into. The economics are very,very good,” he added.

The project is anticipated to cost somewhere between $800 million and $1 billion to develop, though it is unclear how much of that NAR will be responsible for. Should the project require financing, the partner has agreed not to exceed 50 percent loan to value, Armstrong said.

NAR’s new space will be 180,000 square feet and the cost per square foot will be $65, which works out to $11.7 million. But NAR would also retain an ownership percentage of between 5 and 12 percent of the entire development, depending on the final design. A conservative estimate anticipates no less than a 10 to 12 percent return on investment for the project, according to Armstrong.

NAR’s current headquarters is self-sustaining: No dues go toward the maintenance of the building, which is covered by leasing its commercial space. That will continue to be the case with the new building, Armstrong said.

“We only need about 100,000 square feet to house our operations. We’ve negotiated 180,000 square feet” and will therefore have 80,000 to rent out, he said. “We will continue to live for free. We have more than enough capability to generate income for our benefit.”

The trade group would contribute its property for the project. Nonetheless, NAR is “very hung up on owning our property,” and therefore has agreed to do a vertical subdivision, or a carve-out of the finished building that the association would own, Armstrong said.

The partner has already sent NAR six different designs for the project. The one NAR leaders generally liked best was one it which the Realtor “R” was prominently featured at the front of the development, making it appear as though the entire venue belonged to NAR, Armstrong said.

“We could refer to this potentially as Realtor Plaza,” he said. NAR members would recognize all of the principals of the partner, he said, but “they are not interested in having their names anywhere.”

“They are planning for all practical purposes to make this look like our building,” he added.

Which is fine by NAR. In the association’s conversations with the partner, NAR has made clear that “branding is paramount,” Armstrong said. “That is something that we cannot relinquish. To position Realtors for generations to come with this asset, that is incredible.”

As long as NAR and the partner come to an agreement, movement on the project would start someone in the next six to eight months. Demolition of the existing building would not commence for approximately two years while the project is being designed and permitted. And the construction phase would last three years, giving the project a timeframe of about five years.

During construction, the partner would give NAR $3.5 million in relocation expenses. NAR headquarters would move about 100 feet to the Wrigley Building next door. The partner has arranged for all of NAR and its institutes, societies and councils to rent whatever space is needed, Armstrong said.

Once the project is complete, NAR and the partner will have the right of first refusal on any sale of office space by the joint venture.

NAR leaves list of MLS 'basic services' untouched
Back to top
Only 3 days left to register for Inman Connect Las Vegas before prices go up! Don't miss the premier event for real estate pros.Register Now ×
Limited Time Offer: Get 1 year of Inman Select for $199SUBSCRIBE×
Inmanpot
Log in
If you created your account with Google or Facebook
Don't have an account?
Create an Account
Forgot your password?
No Problem