“The erosion in buying power is dampening home sales,” NAR Chief Economist Lawrence Yun said in a statement. “Moreover, low inventory is holding back sales while at the same time pushing up home prices in most of the country. More new home construction is needed to help relieve the inventory pressure and moderate price gains.”

Existing-home sales dropped 3.2 percent to a seasonally adjusted annual rate of 5.12 million in October from 5.29 million in September, according to NAR. But the trade group said that on an annual basis they increased 6 percent.

Capital Economics said in a report on the data that the dip in home sales is a “legacy” of a 120 basis point increase in mortgage rates in the four months leading up to September, driven by expectations that the Fed would begin to wind down its stimulus program.

Since the Fed announced that it would not reel in its bond-buying initiative, mortgage rates have trended downwards.

According to Capital Economics, in the months ahead, existing-home sales are likely to weaken further, given a recent decrease in pending home sales — a forward-looking indicator for home sales.

The firm said its forecast “fits the picture of a housing recovery which is slowing, not reversing.”

After falling for three straight months, the median existing single-family home price in October inched up 0.5 percent to $199,500, NAR data shows. On an annual basis, prices were up 12.8 percent, NAR said.

During the same period, the inventory shortage eased slightly. Even though the number of existing homes for sale slipped 1.8 percent to 2.13 million, the amount of time it would take for those homes to clear at the current sales pace increased to five months, up from 4.9 months in September but down from 5.2 months a year ago, NAR reported.

The median time on market for all homes increased to 54 days in October from 50 days in September, but still stood well below the median time of 71 days recorded for October 2012, according to NAR.

NAR said 36 percent of homes sold in October were on the market for less than a month.

Coming off a summer where cash sales’ share of total sales grew substantially, their market share eased in October, falling to 31 percent in October from 33 percent in September, according to NAR. A year before, cash sales represented 29 percent of total sales, NAR said. 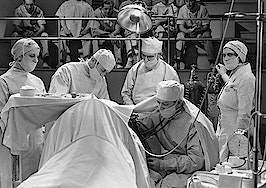 NAR urges delay of flood insurance rate increases
Back to top
Keep up-to-date on tools and tactics to impress your clients and outshine your competition with the 2022 virtual bundle.Register Now×
Agent Appreciation Sale: Inman Select for only $85.CLAIM OFFER×
Inmanpot
Log in
If you created your account with Google or Facebook
Don't have an account?
Create an Account
Forgot your password?
No Problem