Dotloop, the fast-growing digital transaction management provider, has brought on marketing executive Michael Graham as its first chief operating officer to help manage the firm’s day-to-day operations after an eventful 2013.

Graham, who recently spent 11 years with the global digital marketing firm Possible as chief operating officer and global president, will help dotloop and its 130 employees double down on its customer service as it grows, dotloop CEO Austin Allison said.

“By adding seasoned leaders like Michael to our growing team, we’ll ensure we continue to delight our customers for many years to come,” Allison said in a statement. As COO, Graham helped Possible grow from 30 to more than 1,200 employees.

The Cincinnati-based company grew its brokerage client pool by 200 percent in 2013 to more than 3,000 firms and is touting its 4-year-old brokerage dashboard product, which gives brokers a real-time view into all the active deals in their offices, as the way to grow its subscriber base.

“We’ve found that the best way to reach agents is through brokers,” Allison said. Dotloop brought on former Re/Max exec Marnie Blanco in April to help establish relationships with brokers.

Of the 750,000 real estate pros dotloop claims currently use its platform built to facilitate paperless deals with e-signatures and work flows, 18 percent, or 135,000, pay to use the platform, according to dotloop. In 2012, dotloop released a “light” version of its software that gave agents free access to a limited version of its platform.

Dotloop also announced that 85 percent of Keller Williams Realty’s agents are now using dotloop through the franchisor’s eEdge technology platform, which launched in 2011 with dotloop baked in.

The firm also revealed that it now has partnerships with more than 60 state and regional Realtor associations that allow those associations’ members to access real estate forms directly from within dotloop without having to upload them separately into the platform.

Since CAR does not license its forms, those who want to use CAR real estate forms in dotloop have to upload completed forms, may not fill them out within dotloop and must use software (zipLogix) from a CAR subsidiary, which maintains an exclusive license for them.

Dotloop competitor Cartavi, which was acquired in May by DocuSign Inc., announced an integration with zipLogix’s form-filling software zipForm in November. 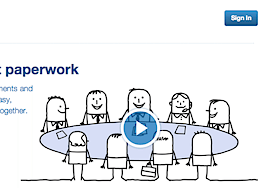 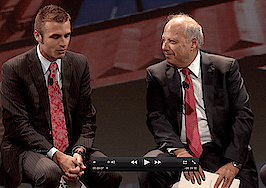 CAR vs. dotloop: Sparks fly in debate over forms software [VIDEO]
Back to top
Only 3 days left to register for Inman Connect Las Vegas before prices go up! Don't miss the premier event for real estate pros.Register Now ×
Limited Time Offer: Get 1 year of Inman Select for $199SUBSCRIBE×
Inmanpot
Log in
If you created your account with Google or Facebook
Don't have an account?
Create an Account
Forgot your password?
No Problem