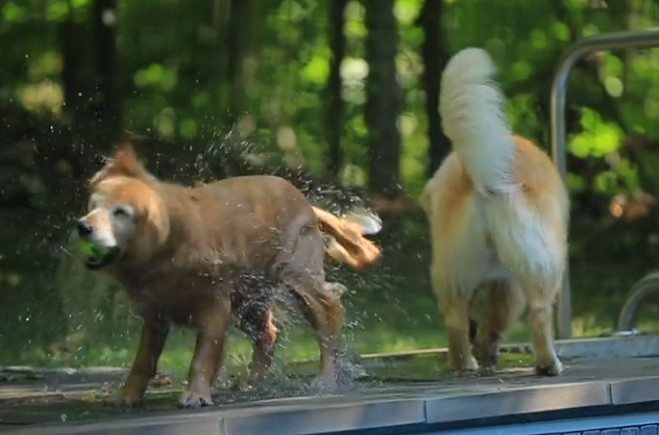 Listing videos tend to follow a rather predictable formula. They flash images of carefully apportioned rooms that are set to classical music and voice-overs brimming with hyperbole.

That bores the heck out of Brian Murray, an agent based out of Houlihan Lawrence’s Bedford, N.Y., office.

So when Murray produces videos for his listings, he seeks to spare prospective buyers what he considers to be the monotonous, sedative flow of most listing videos by crafting marketing videos that center on a flavorful theme.

That’s how he dreamed up producing a listing video starring golden retrievers. The video — which won Inman News’ most recent #madREskillz contest — features shots of frolicking canines on the home’s property along with narration from one of them.

Based on its popularity, the clip seems to demonstrate video’s potential to paint rich portraits of homes that transcend their architecture and layout and resonate with viewers on a more personal level.

Murray decided to designate his clients’ dogs as video tour guides because he thought the two pets, Sadie and Madison, could serve as a vehicle for showcasing the home’s expansive acreage, one of its best characteristics.

“The owner was always asking me, ‘Should we move the dogs before we have a showing?’ and I said, ‘No, the dogs are great.’ It’s actually fun having them around … and [the video] was a fun idea because it’s obviously a bit silly.”

To produce the video, Murray used PlatinumHD Propvid, a marketing video service introduced to him by Houlihan Lawrence. He’s collaborated with the service on a number of other listing videos, including a spoof of a Nike commercial featuring juvenile street hockey players that wraps up by advising viewers to “Just buy it.”

Murray declined to say how much PlatinumHD Propvid charged to produce his dog-hosted video, which features several shots of the golden retrievers futzing around the listing’s sprawling, grassy lawn, interspersed with shots of the home’s interior. One scene shows them sopping wet by the home’s pool, a member of the duo shaking itself off with a tennis ball lodged in its mouth.

Murray penned the script for the video’s four-legged narrator.

“There’s all this space, all this land to run around and dream about, and they leave during the morning for work,” our host proclaims. “There’s that big tub of water the humans call the pool. They spend all this time telling me to get out. I’ve never actually ever seen them get in!”

When Murray received the completed video from PlatinumHD Propvid, he and the owner loved it. There was just one surprise: Platinum decided to cast the narrator as Australian. (Perhaps not so coincidentally, PlatinumHD Propvid is based in Australia.)

“We were like, ‘Oh, we never knew those dogs had an Australian accent … that was a big surprise, but the owner liked it a lot.” 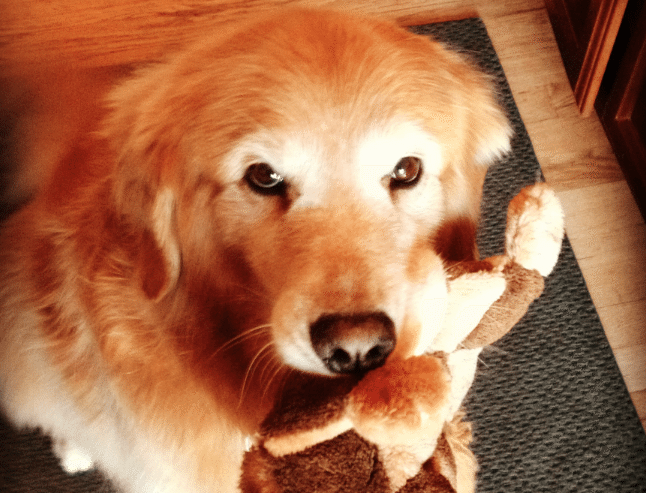 The video has racked up quite a few views for a listing video. Before Inman News nominated it as a #madREskillz finalist, it had clocked at least 700 plays, he said.

Murray hasn’t sold the home featured in the video yet, but he says that it’s at least helped generate some leads, with more than one buyer referencing it.

“I’ve had someone come show the house and they’ve asked if the dog is there,” he said. “I’ve had a buyer come in the door and say, ‘Oh, is the dog here today?’”

He says Web traffic to his listings has jumped since he began integrating video into his marketing strategy about a year ago. His brokerage, Houlihan Lawrence, has helped with that by posting the videos to a section on its website devoted exclusively to displaying listings with video.

“A lot of people have been searching only for properties that have a video,” he said. “They start that way and then work their way out.”

It’s no secret that Web surfers have an affinity for all sorts of animals, domestic and wild. Last year realtor.com started letting Realtors use photos of “spokesdog” Otis to market pet-friendly rental listings.

Given the success of his own dog-hosted video, might Murray reprise its theme in one of his future ones?

Absolutely not, he said.

He thinks video themes should be both completely original and built from the ground up to cater to a home’s strengths.

“A lot of Realtors are like, ‘Oh, we should bring them over to my house!’” he said.

He said he answers: “No, you really don’t get it. That’s over and done with.”

“I’m not going to be the Realtor with the dogs telling all the stories with the listings,” he said. “That’s a one-time deal.” 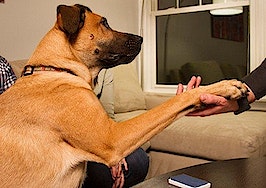 Puppy's YouTube adventures net Corcoran Group 1M views
Back to top
Only 3 days left to register for Inman Connect Las Vegas before prices go up! Don't miss the premier event for real estate pros.Register Now ×
Limited Time Offer: Get 1 year of Inman Select for $199SUBSCRIBE×
Inmanpot
Log in
If you created your account with Google or Facebook
Don't have an account?
Create an Account
Forgot your password?
No Problem