Editor’s note: This is the third article in a series of stories examining how real estate professionals are using customer relationship management (CRM) applications to work more efficiently and grow their businesses. See Part 1 and Part 2.

Mobile-optimized CRMs that integrate with many platforms, rank leads, automate responses and link up with marketing tools are now available to agents from a growing number of firms.

As CRM use picks up in real estate, the field has grown packed with players who provide contact management software to the industry. Follow Up Boss, BoomTown, Brivity, Kunversion, Moxi Works, Contactually, Nimble, One Cavo, RealtyJuggler, Tribus, CoreLogic’s AgentAchieve, PropertyBase (which operates on the Salesforce platform), EZ Coordinator, Ixact Contact and Wise Agent are just a few.

Real estate software heavyweights like Trulia, Realogy and Move Inc. have also invested heavily in updating their CRMs to give their broker and agent clients access to the new CRM bells and whistles.

Market Leader, which was acquired by Trulia in August 2013 for $355 million, is the CRM engine behind some of real estate’s biggest franchisors, including Keller Williams Realty and Realogy brands Century 21 Real Estate and Better Homes and Gardens Real Estate.

In November, Trulia announced a new version of its CRM that will become available to agents sometime early this year. It will include a mobile app that facilitates instant notifications the second a lead comes in, the ability to pull in leads from multiple sources, and an integration with print and email marketing tools from Market Leader.

Video from Trulia promoting its new CRM, Trulia One, which will be available early this year.

Realogy’s $166 million acquisition of ZipRealty in July was fueled, in part, by a desire by the franchise and brokerage giant to bring the tech-focused brokerage’s all-in-one CRM platform, Zap, in-house.

The Zap system integrates a website, mobile apps, marketing, broker management tool and lead ranking system with a CRM in one unified platform and will begin releasing it to franchisees this year.

Down the road, Realogy has plans to make Zap available to NRT — the nation’s largest brokerage is still only one year into a multiyear deal with Trulia’s Market Leader.

In October 2013, Move acquired FiveStreet, a startup whose software consolidates leads from more than 40 lead providers and automates the process of responding to, assigning and distributing leads. FiveStreet integrates with Move’s Top Producer CRM and others, including Contactually and Tribus.

Top Producer has been a popular real estate CRM, but as the comments to the first article in this series indicate, it’s due for an update.

While CRMs are beginning to offer a suite of new features like mobile optimization, integrations with email and other contact databases, automated follow-up and lead notifications, and streamlined marketing and lead insights are becoming standard in CRMs, each has a unique makeup, which makes comparing them an involved process.

Brief overview of a few newer players in the CRM field

Follow Up Boss, which has over 1,000 customers now, is designed for small teams of from five to 10 agents, the CRM’s co-founder, Dan Corkill, told Inman.

Contactually, which has more than 5,000 clients, includes many of the features of most CRMs but is designed to nurse relationships over the long term by helping agents and brokers keep themselves in the forefront of their contacts’ minds, said Contactually Vice President of Marketing Alexandra Gibson.

Some agents even use Contactually in addition to other CRMs, Gibson said. The firm announced in November that its seed funding round had swelled by $2 million to a total of $3.5 million.

Two other CRM providers gaining traction in real estate, Kunversion and BoomTown, tie an Internet data exchange website featuring real estate search and systems to market that site with powerful CRMs that facilitate sophisticated follow-up with the leads they generate.

Eight-year-old BoomTown announced a $20.1 million funding round in September.

Brivity, which launched in 2013, helps agents highlight the work they do with their buyers and sellers in addition to functioning as a more traditional CRM.

One of the nation’s largest brokerages, Pittsburgh-based Howard Hanna Real Estate Services acquired CRM platform One Cavo in November. The platform will be the standard CRM for all of Howard Hanna’s agents and will be available to brokers in markets outside of its Northeast-Midwest operating area.

One Cavo puts a twist on the standard CRM. It includes a call center and vets all online leads within 15 minutes by phone or email, and gathers relevant details before passing the lead on to an agent. 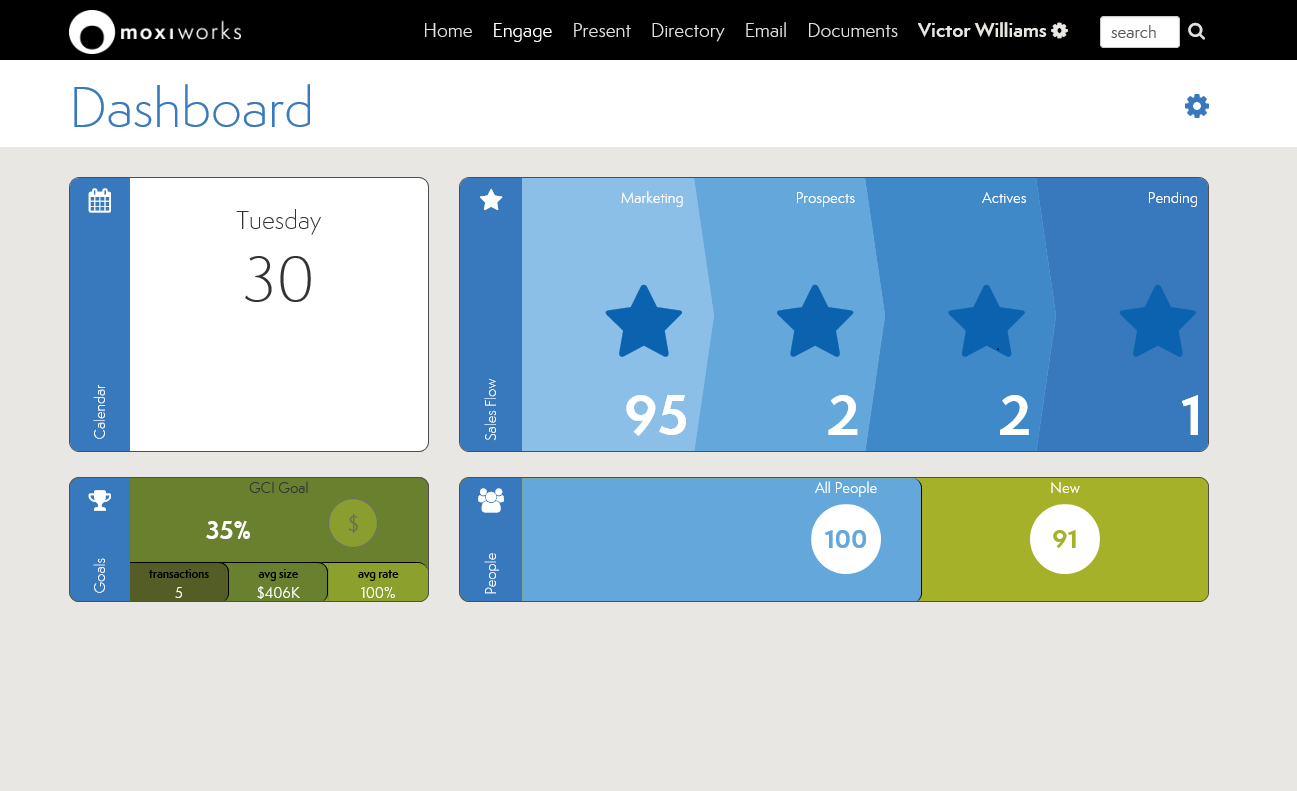