Multiple listing service data is highly coveted in the real estate and mortgage industries. Like any other such asset, it is vulnerable to theft.

In mid-2013, data security firm Distil Networks launched what it hoped would be an “industrywide intelligence network” to identify and thwart those who scrape real estate listing data without permission. At the time, a dozen MLSs had deployed Distil’s technology to protect their public-facing sites. The company currently has 15 MLS customers.

In November, FBS announced it would be the first MLS system provider to implement Distil for its 130 MLS customers, protecting all of the MLS public-facing sites and agent and broker Internet data exchange (IDX) sites powered by its MLS platform, Flexmls. Distil covers more than 10,000 Flexmls-powered sites.

Northern Colorado-based Information and Real Estate Services LLC is the latest to deploy Distil’s technology. More than 5,000 agents and brokers subscribe to its homegrown MLS platform. 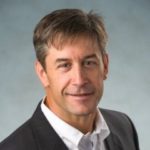 “Each MLS must take the first step to protect its listing data at the source before it can require its partners, brokers and brands to provide similar protection from Web scraping,” said Charlie Minesinger, Distil’s director of sales, in a statement.

“By using Distil Networks, IRES is preserving the full value of MLS information for its subscribers because the reason MLS information is scraped and stolen is because up-to-date MLS listings are valuable for many use cases in addition to selling a home.”

So far, Distil’s technology has been deployed on IRES’s public-facing site, ColoProperty.com. In the future, IRES will encourage brokers to follow suit on their IDX sites, IRES CEO Lauren Hansen told Inman. Several brokers frame ColoProperty.com as their IDX site, so they are already covered by Distil, she added.

Distil’s cloud-based, automated “bot blocking solution” acts as a shield between a website and end users, identifying “bad bots” (programs that scrape data) and only letting through legitimate traffic, including “good bots” like search engines. 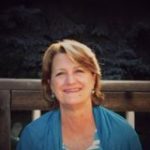 “With Distil Networks, IRES is able to proactively protect the data entrusted to us by subscribers,” Hansen said in a statement.

Because Distil blocks traffic from unwanted sources, IRES’ costs for hosting and bandwidth could potentially go down; the MLS could handle fewer fraudulent lead forms and spam; and its website speed could increase dramatically, Hansen said.

“Not to mention, drive positive brand awareness for IRES as a trusted source. A clear ‘no brainer,'” she said.

Four months into using Distil, bot traffic volume to ColoProperty.com is down by more than 50 percent, Minesinger told Inman. About a fifth of bots detected are already in Distil’s “Known Violator” database and 41.1 percent of bots are from automated browsers, he added.

In May, Distil raised $10 million in a funding round that reportedly valued the company at around $30 million.

Editor’s note: This story has been updated with additional comments from IRES CEO Lauren Hansen and Distil’s Charlie Minesinger.