by Steve Weiss |
You successfully shared the article.
Close

I’m a bit surprised to hear that turf wars might still exist, even in this day of statewide real estate data. It’s becoming popular for some agents to stretch their selling boundaries further, but some have been hit with resistance from local-area agents. It seems that some listing agents are exceedingly protective of their turf and cannot fathom having a transaction with an agent from another area who just might have a ready, willing and able buyer for their listing — or, should I say, a buyer for their clients’ home.

Don’t get me wrong; I am true believer that an agent should be well-acquainted with the area of which they’re selling real estate in. After all, if I don’t know where the local grocery stores are or if I’m unsure of school districts, I have no business selling real estate in that area. And it’s in our code of ethics, specifically Article 11, which states, “When Realtors prepare opinions of real property value or price, they must be familiar with the area where the subject property is located.”

I was having a conversation with a colleague of mine who said he wrote an offer to purchase a home in an area located about 40 miles from his office. He doesn’t do business there regularly but is well-versed in this and most all areas of the county. After all, he’s been a broker here for more than 30 years. I’d say he has some street credibility regardless of how often he steps into this part of the county or any other area.

He was telling me how the listing agent made it very clear that she had several offers but welcomed his offer as well. He recommended to his clients that they submit over asking price due the activity on this property.

A few days passed and he hadn’t heard a word from the agent, but upon reviewing the MLS hot sheet, he discovered the home was reported as a “pending sale.” No phone call from the agent. No email. No text message. Not even a “thank you for the offer.” At the very least, he was expecting to receive a multiple counter, and he even prepared his clients for that likelihood.

His clients were extremely disappointed but understood as they tried to put themselves in the place of the sellers. He felt awful and called the agent immediately. She apologized for not contacting him before she reported the home as a pending sale and assured him that the accepted offer was far superior to his and the other offers submitted. Because of his past experience in this area, he made it a point to follow this listing to its closing.

Lo and behold, 45 days later, the home was reported sold at a price lower than what they offered, though not by much. I know what you’re thinking but no, she didn’t sell it herself. A “local agent” sold it. I certainly consider agents within our own county as local, but clearly he wasn’t local enough.

Hearing him tell me this story left the same bad taste in my mouth as it did a few years ago when it happened to me. As Yogi Berra said, “It’s déjà vu all over again.”

Our population is close to 275,000. The regional MLS consists of approximately 3,000 members. This particular area is made up of only 3 percent of the agent population. Maybe there’s a reason for being a little protective?

I’ve personally experienced some rather questionable territorial agent behavior in this area in years past, as have several other agents I know. But I surely thought most agents have moved beyond any semblance of a turf war after the recent real estate meltdown.

So I decided to explore this a bit further and researched closed sales for the past few years in this particular area. I wasn’t surprised to learn that less than 10 percent of homes sold were from “out of area” agents. Once again, when I say out of area, I mean same county, different city. To be fair though, we need to keep in mind that I’m unable to verify how many offers were written in this same time period by agents outside of this town and how many of those were rejected.

Recently, I was having lunch with a group of agents and mentioned that I was writing an article about real estate agent turf wars never mentioning any specific area. Several of the agents were surprised by our colleagues experience, and one said she’s never experienced anything like this except in — bingo — the same exact town I’m alluding to.

When you see this happening over and over again, you have to wonder, how are some agents able to convince sellers to leave money on the table just because the buyer’s agent doesn’t work in the immediate area? How does one even present that to their sellers? Could it be that they might have to open the door for inspectors, contractors or appraisers? If the buyer’s agent is located hundreds of miles away from the property, then, yes, that might happen, but isn’t that called professional courtesy?

Unfortunately, turf wars do exist. But I have a challenge for those of you who are protective of your territory. The next time you’re preparing a listing agreement, ask your sellers if they truly care who is responsible for selling their home. I believe we know the answer.

Steve has been a real estate professional since 1986 and a licensed broker in California since 1999. Throughout his career, Steve has been a leader in the real estate profession, serving as president of the Scenic Coast Association of Realtors and participated with various committees including Ethics and Professional Standards. Steve was also an instrumental member of the California Association of Realtors Standard Forms Committee and served as chairperson in 2007. 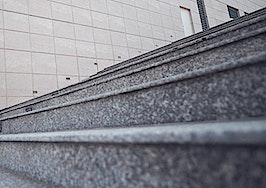 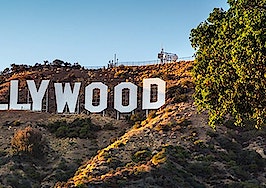 A tale of bond programs and Ben Affleck 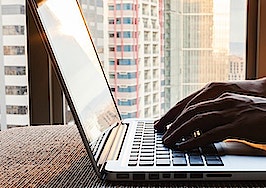 Why my paperless office elevates my brokerage
Back to top
Inmanpot