A new title insurance company is taking root in California with plans to vie with the top four national underwriters by offering competitive pricing and better consumer service, as well as supporting real estate agents and brokers.

Property ID Title Co. evolved last July from natural and environmental hazard disclosure company Property ID Corp, and it aims to be “a game-changer for title companies,” according to the general manager, Morgan Harris.

“The title industry hasn’t been previously challenged to innovate, reduce prices, improve personal service and has virtually no employee loyalty,” Morgan said. “We’ll show how title companies can provide responsive and personalized services in a timely and cost-effective manner while treating employees like family.” 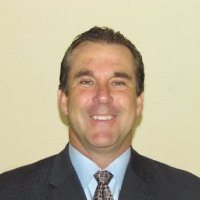 “We purposely went with an underwriter that was not in the top four. They are very customer-centric and less expensive,” Morgan said. “If you look at the big guys, they have four brands in California — that’s four company managers, four sales managers, and four separate operations that carry a very heavy executive cost load. If you do that across four different brands, that is a tremendous amount of top weight that has to be paid for somewhere, and the consumer pays for that. We don’t think the customer should have to continue that load.”

Property ID Title plans to compete with these companies first on price. As an example, Morgan said that on a $250,000 purchase, PropertyID Title’s policy is $886, while other companies on average charge about $1,012 for a title policy on the same purchase transaction.

Next, Property ID Title hopes to distinguish itself by offering the best service that technology can provide, Morgan said. The company operates on ResWare, a software solution that offers open architecture in a 100-percent paperless environment and is compliant with Consumer Financial Protection Bureau regulations out of the box. The software is integrated with lender platforms RealEC and Ellie Mae.

“Customers can see the preliminary title policy as it is being created, when it is released and when the file closes. In California, we have an average nine- to 12-month backlog of getting policies out. Ours are out the day the transaction closes,” Morgan said.

Property ID Title will also focus on strengthening its relationships with real estate agents and brokers, said Morgan, who formerly served as a regional director for Re/Max Properties in Hawaii. But the title company approaches marketing in a careful manner, as in 2008, a class-action lawsuit alleged that Property ID Corp. gave kickbacks to real estate brokers in exchange for referring natural hazard disclosure report business to the company. Property ID Corp. and the real estate brokerages that partnered with the company in three jointly owned affiliated businesses denied any wrongdoing, but agreed to settle the lawsuit for $39.3 million. The settlement with Department of Housing and Urban Development stipulated that natural hazard disclosure reports are settlement services governed by the Real Estate Settlement Procedures Act, or RESPA.

Morgan said Property ID Title does not have affiliated business arrangements or joint ventures with real estate agents or brokers, “and we feel if you provide great service and you do it less expensively, you will grow naturally.” But he added, “we are not opposed to them. People still don’t understand the significance and importance of those being done right. You cannot cut corners with them.”

Chris Casa, director of marketing and educational programs at North American Title, said the underwriter has for the last two years build a marketing service to agents to educate them on how to be more competitive.

“It is our philosophy to support the agents as much as we can,” Casa said. “In 2015 and 2016, we are engaged in marketing services for our agents to help them compete more tactically than the underwriters do. It’s fun to watch companies grow up and give them the tools they need to succeed.”

PropertyID Title’s single office is located on Wilshire Boulevard in Los Angeles, where “we have 18 million people here — that’s a lot of potential transactions,” Morgan said. The company has handled about 800 transactions since it started producing title insurance policies in July 2014. It plans to expand to serve all Southern California counties by the end of the year, and by summer 2016, hopes to add counties in the central and northern counties of the state. 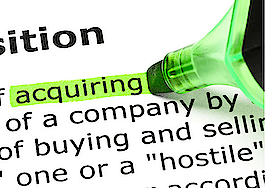 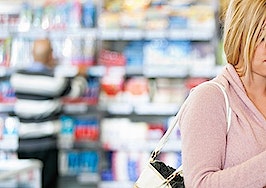 MyTitleIns.com empowers consumers to comparison shop for title insurance
Back to top
TODAY: Leaders from eXp, Corcoran, RE/MAX, The Agency, and more are speaking virtually at Connect Now. Listen or watch live + receive the replays.Register Now×
Agent Appreciation Sale: Inman Select for only $85.CLAIM OFFER×
Inmanpot
Log in
If you created your account with Google or Facebook
Don't have an account?
Create an Account
Forgot your password?
No Problem