The number of seriously underwater homeowners inched up slightly during the first quarter due to slow home price appreciation, according to housing data provider RealtyTrac.

Home prices continued to rise in February, posting higher annual gains than in January, according to the latest Case-Shiller 20-city Composite.

The rate of distressed home sales fell to 2008 levels in February and should return to a historically normal level in mid-2017 if the annual decrease seen that month holds steady, according to data aggregator CoreLogic.

The number of homes that went under contract rose for the third straight month in March, the National Association of Realtors reported.

Although most analysts have shown optimism for a strong spring homebuying season, online mortgage marketplace provider Zillow reported that its 30-year fixed mortgage rates have been flat for the past month.

New research from emerging markets portal Lamudi shows that Pakistan has the most eco-friendly homes for sale and for rent among the 30-plus countries in Asia, Africa, the Middle East and Latin America the site examined — for the second year in a row.

Better inventories and softer prices in the mid and upper tiers, improved levels of equity, strengthening income levels, and forecasts of rising rates coupled with pent-up demand and faster rising prices for entry-level homes could make this the perfect year for move-up sellers and buyers to move on up.

Mortgage rates inched up this week amid mixed economic reports. 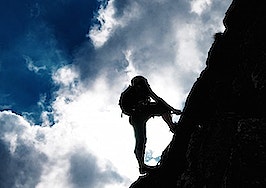 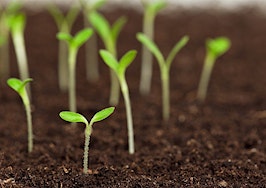 The keys to this week's economy-stall conundrum
Back to top
Only 3 days left to register for Inman Connect Las Vegas before prices go up! Don't miss the premier event for real estate pros.Register Now ×
Limited Time Offer: Get 1 year of Inman Select for $199SUBSCRIBE×
Inmanpot
Log in
If you created your account with Google or Facebook
Don't have an account?
Create an Account
Forgot your password?
No Problem