Matterport, a provider of software and cameras used to generate online 3-D models of homes, has raised an additional $30 million that the startup will use to continue to integrate its content with virtual reality devices and enable developers to add enhancements to its representations.

Prospective homebuyers can use a Matterport model to virtually saunter around a listing, making it easier for them to decide if a home is worth seeing or not in person.

Its technology has spread like wildfire in the last year, seeing adoption by real estate brokerages and marketers across the country. Following in the footsteps of Redfin, Zillow recently began serving up Matterport models on listing pages.

Matterport has sold more than 1,000 of its 3-D cameras. Those cameras, along with its cloud-based 3-D rendering software, have been used to generate 3-D models for tens of thousands of listings, according to CEO Bill Brown. Matterport’s models receive more than 1 million views a month, he said.

Open houses for listings with Matterport models tend to attract more excitement “based on the fact that people are already very familiar with the properties,” Brown said.

Some buyers have made offers on homes based solely on Matterport models.

Sabrina Booth, an agent at Redfin, recently sent a model of a listing to an agent representing a prospective buyer based in Shanghai. After exploring the visualization, the buyer made an offer on the home the next day.

“They continued the transaction remotely with their agent attending the inspection,” Booth said. “The first time they saw the house in person was during the final walkthrough right before closing.”

Matterport’s Series C funding round was led by Qualcomm Ventures, bringing Matterport’s total funding to date up to $56 million.

The new funding will help Matterport accelerate the development of mobile capture for virtual reality and augmented reality content, and start the “era of user-generated immersive content,” Matterport said in a statement.

Matterport says it’ll also expand its developer platform to make it easy to incorporate immersive media into a Web or mobile application for virtual reality or augmented reality.

Developers who take advantage of its platform could inject outside media into Matterport models. That might mean superimposing a video of a real estate agent onto some of the models, according to Brown.

“It can be like they’re standing next to you,” he said. 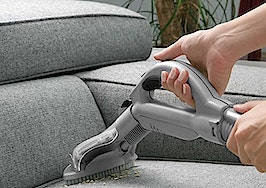 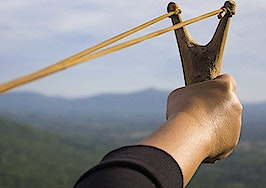 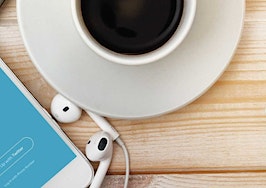 Live-streaming app Periscope helps real estate agents connect with buyers, clients in real time
Back to top
Only 3 days left to register for Inman Connect Las Vegas before prices go up! Don't miss the premier event for real estate pros.Register Now ×
Limited Time Offer: Get 1 year of Inman Select for $199SUBSCRIBE×
Inmanpot
Log in
If you created your account with Google or Facebook
Don't have an account?
Create an Account
Forgot your password?
No Problem