The group is suggesting that changes be made to the current mortgage interest deductions for people whose mortgages exceed $500,000, with the additional funds generated going to federal housing programs that benefit the lowest income households in America.

Mortgages higher than $500,000 are rare in the United States.

In addition, the group concluded that the HMDA data shows that borrowers who take out mortgages worth more than $500,000 are disproportionately white, with only 1.8 percent of black borrowers and 2.4 percent of Hispanic borrowers obtaining those mortgages.

Borrowers who take out mortgages worth more than $500,000 are disproportionately white.

With few local housing markets driven by large mortgages, it doesn’t make sense for the federal government to continue to subsidize mortgages higher than $500,000, the NLIHC argues. Outlining its proposal in a report titled “A Rare Occurrence: The Geography and Race of Mortgages Over $500,000,” the group’s proposal, which it calls the United for Homes campaign, suggests that changes to the current mortgage interest deduction be included in any changes to the federal tax code that Congress may consider in the near future.

“There is no policy rationale for the federal government to continue to subsidize the portion of mortgages that exceed $500,000,” said Sheila Crowley, president and CEO of the NLIHC. “The modest changes proposed under the United for Homes campaign would have little impact on the relatively few homeowners who can afford such mortgages, and the savings would go a long way to ending homelessness and housing poverty in America.”

Under current law, taxpayers can deduct the mortgage interest they pay every year on mortgages up to $1 million. The deduction is based on the size of the mortgage, not on the value of the house, and can be deducted for mortgages on first and second homes.

In addition, the interest on up to $100,000 in home equity loans can be deducted for a total cap of $1.1 million on the value of mortgages eligible for tax breaks.

The NLIHC proposes to reduce the portion of a mortgage eligible for a tax break from $1 million to $500,000, giving borrowers tax relief on only the first $500,000 of their mortgages. This change could generate $95 billion over 10 years, the NHILC estimates.

The group also wants to convert the deduction to a 15-percent, non-refundable tax credit intended to provide tax relief to low-income homeowners who currently don’t earn enough to itemize on their taxes. Phasing in these two proposals over the course of five years would generate an estimated $213 billion in new revenue over the next decade that could subsidize programs aimed at helping low-income people obtain mortgages, the NHILC says.

Making these changes would have little impact on the few people who have mortgages higher than $500,000, the NHILC says.

“Certainly, the few people who can afford to borrow more than $500,000 in home mortgages can afford to pay more in taxes,” the group stated in the report.

The group’s proposal is not without critics. The NHILC conceded in its report that the National Association of Realtors has asserted that home values could drop by 10 percent to 15 percent if the mortgage interest deduction was eliminated. The NHILC countered that this scenario assumes an elimination of the mortgage interest deduction altogether, while its proposals only want to make certain changes to current law.

“The worst-case scenario would be in a drop in home values in high-cost areas,” the NHILC argued in its report. “While some current homeowners in these hyper-expensive housing markets may lose some equity, a drop in home prices in these markets would make buying a home more affordable to a larger number of people.” 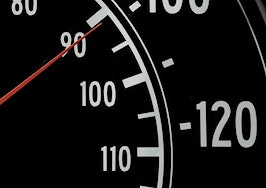 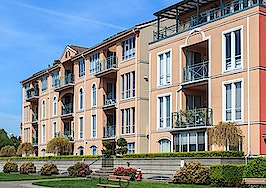 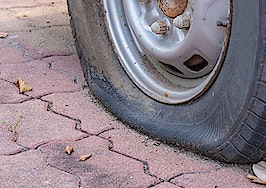