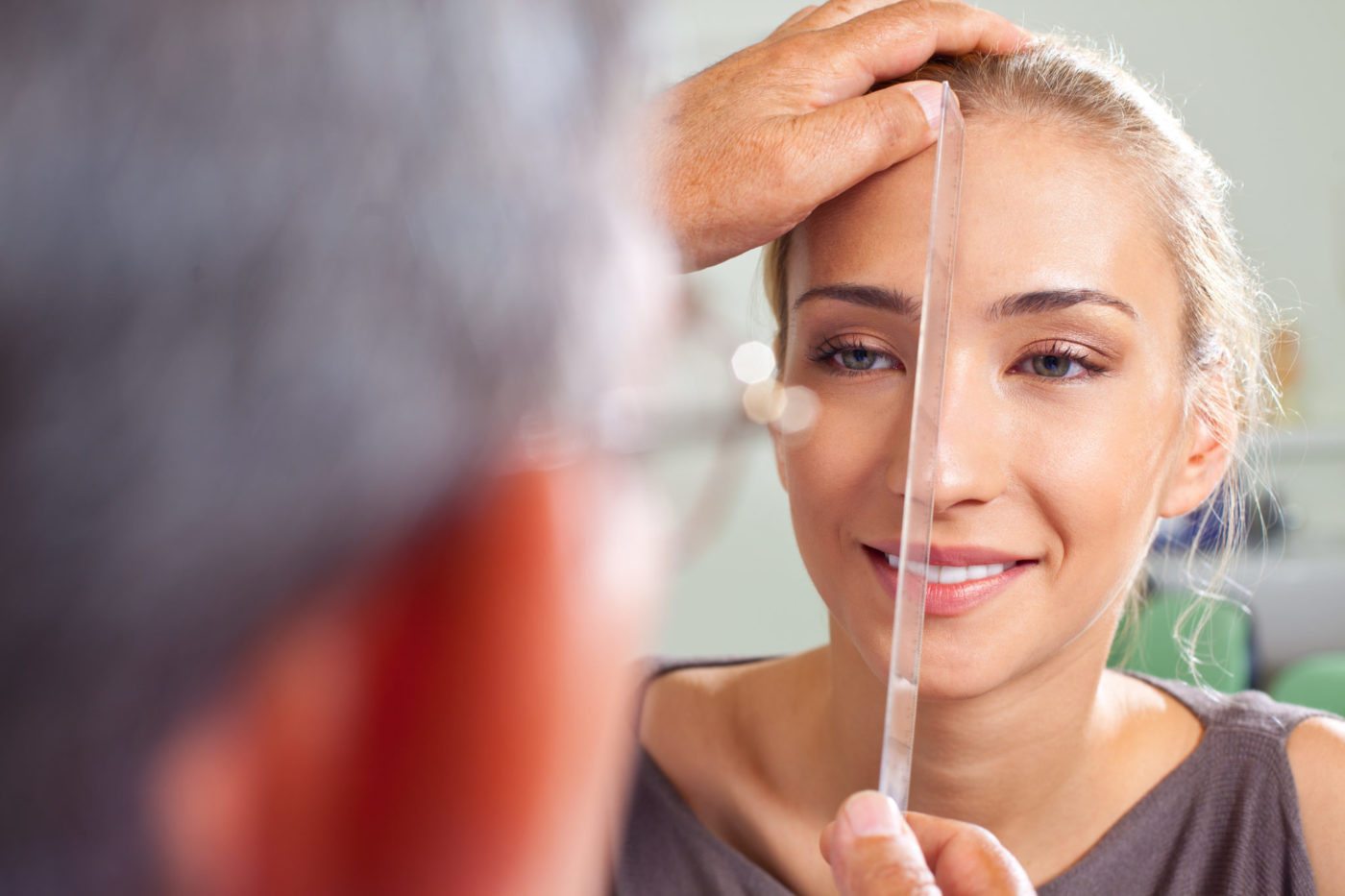 What these projects seem to have in common is that their progress since initiation has been difficult to follow. Although they have secured initial funding, the strategic direction of each feels like it’s taking shape in the dark.

It would be satisfying for industry constituents to have more insight into the mindsets of the leaders of these programs. In particular, the Broker Public Portal seems to be as much of an enigma today as it was when it was first proposed.

We know the leadership and the stated mission: to provide a simple, direct home search experience that connects consumers directly with brokers.

What we don’t know is how it intends to produce a distinguishable value proposition for consumer viability. Its success is reliant upon its ability to create a unique consumer benefit. That benefit then has to reach the general public’s consciousness — possibly an even greater task.

Some critics have already called BPP a failed concept — an exhibition built without an audience in an arena where the titans already own the stage. They’re correct to point out the challenges, but probably overstepping in the sweeping conclusion.

Detractors will point to NRT’s short-lived portal, homesforsale.com, as a cautionary tale. It was released and then mothballed in 2015 because it didn’t garner any consumer traffic. That venture’s difficulties should be poignant for BPP’s leaders. Homesforsale.com didn’t seem to have a particularly unique sales pitch to consumers.

BPP is a different animal, though. NRT’s site was intended as a lead-generation and referral-fee platform within a branded silo. BPP’s mission sounds more like a grassroots, brand-agnostic platform. It seems to want to be the Wikipedia of real estate listings, the Switzerland of the portal world.

BPP seems to want to be the Wikipedia of real estate listings, the Switzerland of the portal world.

Too small, too late

Many have pointed to Zillow Group portals and realtor.com and asked how BPP could possibly compete.

BPP has $500,000 in funding so far. Portals are billion-dollar operations.

BPP’s people have said repeatedly that they don’t intend to compete with the top portals. They’re just creating a different option, a product offering that might be preferable to some portion of the consuming public.

Let’s be honest: “We don’t want to compete with the big portals,” sounds a bit like a coach saying, “We’re only thinking about today’s game.”

BPP’s leaders must have large-scale aspirations. They want to be a champion as much as their portal competitors do. They’re just wise enough to avoid inciting rivalry right away.

The most important question being asked is: “Why would a consumer use the Broker Public Portal?”

What angle will BPP leverage to make it successful?

Make no mistake, it’s an angle. Its success will require sharp differentiation. Simply creating a neutral platform with direct broker data won’t cut it. The big three already have unbelievable amounts of data, user interfaces that provide superior experience and enough capital backing them to buy consumer traffic for the foreseeable future.

Can BPP be the neutral source for listing data — the Wikipedia for real estate consumers — if consumers can’t hear the message?

Realtor.com has blanketed consumers with its marketing pitch of being the most accurate and up-to-date site. Its 800-plus feeds from MLSs make this claim difficult to dispute.

It’s true that BPP could eventually have a broader set of listing feeds, but could it outspend Rupert Murdoch and actually get that message to the general public? There’s a natural conflict of messaging between the two portals if this is BPP’s elevator pitch.

If practitioners prefer BPP’s model and display rules to those of the other portals, it could become the preferred platform for agents and brokers. That might have little effect on consumer traffic, though.

Realtor.com is coming back today from its recent slide, but not because Realtors prefer it. It’s gaining steam because its operator and owners, Move Inc. and News Corp, are hustling and spending to get in front of consumers.

Consumers don’t choose a portal based on a lofty mission statement. They use a website with attractive tools. So the portal’s strategy shouldn’t be overwhelmingly focused on how to build the framework that combines nationwide listings (though that’s a necessary foundation). It should be initially focused on what kinds of consumer-centric tools will attract organic consumer traffic.

What could those shiny new tools be that generate traffic? They could come from access to exclusive data that the member MLSs allow BPP to display.

Imagine the clickbait that BPP could generate by creating visualizations of electronic keybox histories. Home showing velocity and volume could be displayed as heat maps, time lapses and neighborhood trending reports.

That’s just one set of data out of many that BPP might be able to leverage in its quest for unique exposure. Access to immediate updates from MLSs’ raw data would allow BPP to inform its consumer base through news, social media and messaging in ways not possible for other consumer portal sites.

That positions BPP less as Wikipedia and more as Wikileaks. The portal could expose information to consumers that they can’t get — or aren’t allowed to see — anywhere else. There’s nothing more viral than exclusive content.

BPP’s obstacle and opportunity is perception. The portal needs to first be perceptible to consumers. Without generating initial awareness, the rest of the package is irrelevant. That was NRT’s portal’s downfall. The second portion is the perception that consumers will have of the brand’s personality — how will the public perceive its image?

BPP’s obstacle and opportunity is perception.

The kind of proprietary data BPP has access to could allow it to establish itself as a unique information source to the news media. Traditional brokers and Realtor organizations often complain that media outlets seek out sources such as Redfin and Zillow for news stories.

What they don’t often admit is that those companies are proactively driving the publicity. They employ researchers to build attractive consumer stories and public relations teams to push them to reporters. The media coverage they receive is not accidental.

Public relations is a gaping hole in the broker world. BPP could become the go-to source for inimitable media insights on the real estate industry.

Creating this content would, of course, be constrained by formidable broker and MLS restrictions on how broadly their data is used. The opportunities, though, are great:

These kinds of stories are irresistible to consumers and to the news media. To be able to publish this kind of content, BPP’s members will have to fully buy in to the concept and allow for a deeper exposure of their data.

BPP has some significant strategic disadvantages when going up against the biggest national portals. It doesn’t have to compete with them initially, though. It just needs to create a ripple to demonstrate its potential.

Some strategy to make waves on a tight budget:

Drive at an angle. Say it out loud.

We don’t know if Broker Public Portal is intended to be the name of this effort long-term. Let’s hope it’s not.

“Broker” is a term that is known in the industry but foreign to most consumers. It sounds like a middleman who carries jewels wrapped in velvet in his breast pocket. Consumers can’t even distinguish a Realtor from an agent. This isn’t a good start.

“Public” is important for industry distinction. It is redundant to the consumer. Telling them that a consumer website is public conjures images of Austin Powers: “Allow myself to introduce — myself.”

“Portal” sounds like a mystical doorway or a stark public restroom. Neither conjures the friendly, useful image that BPP should be portraying to consumers.

I’m sure the good people at BPP and their consultants are aware of this issue and are working on it. The brand needs a lot of makeup.

All bets down for BPP

A betting person would put a strong dollar on BPP never competing with the top-ranked portals. Based on the current landscape, that would probably be a winning bet.

A betting person would put a strong dollar on BPP never competing with the top-ranked portals.

We’ve seen so many gamblers squander their capital on ill-fated, poorly vetted real estate ventures, though. In this industry, what you don’t know can really hurt you.

And BPP’s media arm, if it plays its cards right, will know a whole lot more than its competitors. If it can leverage that proprietary knowledge into earned media, it could find an angle to unchecked publicity.

I’d put a buck on that dark horse.

Editor’s note: This story has been updated to reflect the amount of money Broker Public Portal has raised.