At Inman’s CEO Connect, three experts weighed in on the past and current state of the housing market and how several intersecting variables show us what’s potentially to come.

At Inman’s CEO Connect event, three experts weighed in on the past and current state of the housing market and how several intersecting variables show us what’s potentially to come.

1. Housing will continue to be one of the strongest sectors of the U.S. economy

Mericle said that although some recent data has been slightly disappointing (likely due to a seasonal dip), the big picture still looks good.

“There are lot of upsides in housing, more so than any other sector of the economy,” he added.

Meanwhile, housing affordability and job creation are improving the lives of many, including those millennials who are jumping into homebuying particularly in the Midwest and South. However, there are certain markets in the country where it remains difficult from a financial and credit standpoint to purchase a home.

In certain markets, it remains difficult from a financial and a credit standpoint to buy a home.

2. The picture gets fuzzier the closer you look

Weiss showed hesitancy in casting the situation with a rosy glow. Sure, when you average everything together you’ll see a positive trajectory, he said. But it depends on your metrics.

“Take it apart and you realize that every house is somewhat independent,” Weiss added. “It’s a completely different story.”

Specifically, he pointed to how the percentage of houses rising in price used to be around 75 percent, whereas now it’s less than 60.

If you’re in that minority, you’re living in a “different world,” Weiss said. “Housing is not the stock market and sales volume is not the same thing as price. You’ve got to know what’s going on locally or you are flying in the dark.”

3. Spring will bring May flowers and the desire to sell

Search traffic for “real estate” in January (based on data from realtor.com) has grown on a year-over-year basis slightly higher than 2015, Smoke said, which points to a good spring.

Search traffic for “real estate” has grown since last year at this time.

In addition, this morning’s conference board released the consumer confidence index, and the number of households that plan to sell is the highest it’s been since 2007, setting up 2016’s warmer months to be the busiest we’ve seen since 2006.

4. A continual rise in mortgage rates could hurt housing investment

We have a long way to go before home building returns to equilibrium, the experts agreed.

Mericle pointed to lower demand from both an aging population and the younger generation still recovering from a bad job market, while noting that prices are still relatively affordable.

Weiss had no doubts about the negative effects of a rate hike: “If they move [interest rates] up, someone needs to get fired,” he said. “It would be a disaster. The market is extremely fragile. I think they won’t move much.”

Many factors are at play with first-time homebuyers, with median wages lagging behind home prices and rents, Mericle said. And despite the economic recovery, millennials, including those with jobs, were less likely to live independently from their family in 2015 than they were during the Great Recession.

“What will it take to get first-time homebuyer back?” Weiss posed. “Not a miracle, but close.” 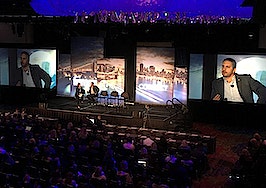 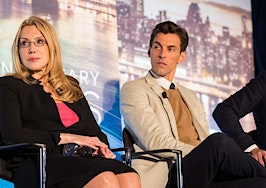 Top producers who are killing it: What they do and how they do it

7 hot trends from an industry insider 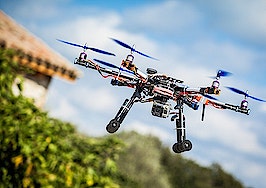 Next-generation drones: Pricing, business models, quality and applications
Back to top
Only 3 days left to register for Inman Connect Las Vegas before prices go up! Don't miss the premier event for real estate pros.Register Now ×
Limited Time Offer: Get 1 year of Inman Select for $199SUBSCRIBE×
Inmanpot
Log in
If you created your account with Google or Facebook
Don't have an account?
Create an Account
Forgot your password?
No Problem