In late November or early December, Zillow began making recordings of conversations between leads and agents who advertise on the site available to some of those agents.

But online comments and interviews with a number of agents reveal that many agent advertisers only began seeing the recordings in their Zillow-powered lead-management dashboards recently, and others remain unaware of them. That’s led to some spirited debate.

Many agents find the recordings, which agent advertisers can disable, useful for obtaining contact information they might not be able to jot down on the fly, validating one of Zillow’s latest attempts to help advertisers convert more leads generated by the listing portal into clients.

But while Zillow has publicly mentioned that it would begin making recordings available to advertisers, others accuse Zillow of not doing enough to raise awareness of the practice, and worry that some leads might be oblivious to it.

‘I have no complaints’

David Fresquez, who says he spends $200 a month for exposure that typically yields three conversations with consumers a month, says the first recording tacked on to a lead in his Zillow lead-management system showed up on January 14.

Though caught off guard by the feature, the La Jolla-based Realtor says he appreciates it. Rather than having to write down contact information during a call and send it to an assistant, he can simply ask an assistant to sign into his Zillow lead-management dashboard and listen to the call.

“I have no complaints,” said Fresquez, who said his agent team is about to transition to La Jolla-based Re/Max Associates.

Neither does Kristin Stone, who heads up Alexandria, Virgina-based Home Happy Group. The team leader, who spent $80,000 on Zillow advertising in 2014, said the only thing she previously liked more about advertising with Trulia than Zillow was that Trulia provided recordings of her conversations with leads.

Now that Zillow, which has bought Trulia and bundles advertising on Trulia and Zillow into one ad package, has adopted the practice, she says she’s got the best of both worlds.

“You’re often out in the field when somebody calls, and I’m driving. I can’t stop and take notes,” she said. “Now it’s all recorded and I can say things like, ‘Oh, I will follow up with you at 4:00 today when I get back to my office.”

Another benefit of the recordings is that they can allow agents and their assistants to analyze past calls and identify potential shortcomings in their engagement styles.

Concerns with communication, clarity and legality

Still, some agents think the feature is creepy and complain that Zillow didn’t made it clear enough to them that their calls would be recorded. They also expressed concern that prospective buyers who call them using phone numbers that appear on Zillow might not be aware that they’re being recorded (Zillow stated that buyers are notified via a recording on the phone line that the call could be recorded for quality purposes).

A number of critics questioned the legality of the recordings. Federal law only permits the recording of a phone call if one party to the call has consented to the recording, they point out. And some state laws go further, requiring all parties to consent to a recording.

Jay Thompson, director of industry outreach at Zillow, countered in a Facebook conversation that Zillow’s terms of use disclose to consumers that their phone calls might be recorded. And Zillow told Inman in an email that the listing portal also informs consumers that they are being recorded at the beginning of calls, “even in the states that do not require two-party consent.”

Zillow agent advertisers, meanwhile, “are made aware of the feature during their on-boarding process and through product release information,” and they have the ability to disable the feature, Zillow said.

In mid-October, Zillow first mentioned that it would make recordings of calls between leads and agents available to advertisers once it debuted its Premier Agent app, a mobile app rolled out in late November that’s designed to allow agents to manage their contacts, leads, reviews, Zillow and Trulia profiles, and listings.

The Premier Agent app was introduced not long after Zillow began offering Agent Assist. As part of the service, Zillow representatives will call and send marketing emails to nudge leads into engaging with agent advertisers. 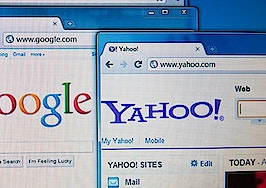 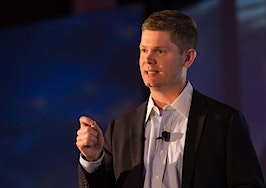 Why do I need you? Agents are sherpas 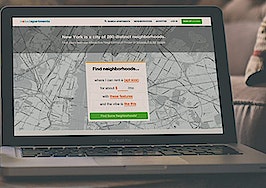 Zillow to buy Naked Apartments, a NYC rental site, for $13M
Back to top
Only 3 days left to register for Inman Connect Las Vegas before prices go up! Don't miss the premier event for real estate pros.Register Now ×
Limited Time Offer: Get 1 year of Inman Select for $199SUBSCRIBE×
Inmanpot
Log in
If you created your account with Google or Facebook
Don't have an account?
Create an Account
Forgot your password?
No Problem