Before jumping ship to Zillow, former Move Inc. executive Curt Beardsley quailed at the idea of having to execute a plan to “save” Move’s listing syndicator ListHub.

Now, a court has released two versions of a document that the Move legal team says is a plan to attack ListHub. The company claims Beardsley drafted the plan months before leaving his then-employer in order to undermine Move’s widely used listing distribution platform. 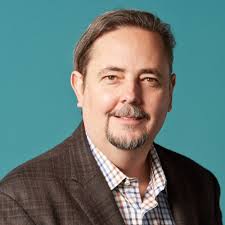 According to metadata, Beardsley prepared or edited this memo — which Zillow says is titled “How Z might challenge M” —  on a Friday morning two days after Christmas in 2013. Just over a year later, Zillow announced it was launching a competing product and its agreement with ListHub would expire in April 2015. ListHub would no longer feed broker listings from MLSs to the most highly-trafficked real estate website on the Web.

A King County superior court judge in Washington state has ordered both Move and Zillow to turn over their agreements with MLSs for direct listing feeds, among other documents, as part of trade secret litigation between the two rivals.

The judge’s orders underline what is at stake for the two players: competition for real estate listings, the goodwill and dollars of the agents and brokers that provide them and the consumers that love them so much.

At the time Beardsley drafted the “How Z might challenge M” document, he was Move’s executive vice president of industry development and had been with the company for about eight years. His multistep outline did indeed call for an “Attack” and included:

Beardsley also included his compensation demands for “[w]hat it would take” to implement the plan (or at least, leave Move for Zillow), including a $286,000 salary, a minimum four-year employment agreement and a minimum number of stock options.

It is not clear whether Beardsley ever put any elements of this memo into action.

In a legal filing, Beardsley’s attorney referenced what appears to be an earlier draft of the document, saying its contents were “personal and private notes of Mr. Beardsley written to himself [as] he pondered about a potential move to Zillow — he didn’t want to  make such a significant jump only to fail or be marginalized in a new company.”

“There is no evidence that Beardsley shared this document with anyone or that he acted contrary to Move’s interests before his departure,” the attorney said.

“Nor is there evidence that Beardsley accessed this document after joining Zillow; to the contrary, the evidence shows that he deleted its content before leaving Move. Further, and importantly, it reflects not deep knowledge about Move’s business, but rather general knowledge of what was going on in the real estate business.”

In another filing, Beardsley’s attorney argues that “Memorializing one’s thoughts is not a breach of fiduciary duty” and that the memo “was Beardsley’s effort to organize his thoughts about whether he wanted to leave Move and what Zillow might do to further compete against Move if he were to join Zillow.”

In an emailed statement, Zillow Group spokeswoman Amanda Woolley said of the draft, “Curt created this document prior to his employment with Zillow. Zillow had no involvement in its creation.”

Beardsley and Samuelson directed all questions from Inman to Woolley. She declined to comment further.

Move and its co-plaintiff, the National Association of Realtors, declined to comment for this story.

Meanwhile, Zillow’s position is that the strategy was unsuccessful in part because neither Zillow nor other online publishers “were willing to grant Plaintiffs the access to their data that ListHub 2.0 would require,” the court noted.

Move declined to provide details about the strategy, but a deposition of former Move CEO Steve Berkowitz provides some clues. 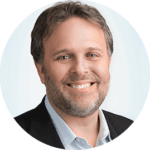 The deposition indicated that Move was planning a real estate platform with APIs (application programming interfaces) to allow third parties “to create software applications that can help members of the real estate industry access and use information on listings, leads, agents, and consumer behavior.”

Move claims its planned “ListHub 2.0” platform was thwarted by Zillow

Each of the latter was “personally negotiated” by Samuelson and Beardsley and spelled out what data fields Move could or could not use in its APIs, such as sold data, open house data, commercial real estate data, and foreclosure and short sale data, Berkowitz said.

Knowing what rights Move had to that data means that any competitor planning to destroy ListHub — and by extension, Move — can “walk into an MLS and say, ‘Well, you’ve already given these rights to Move, give them to us.’ Or they know what rights they will go and maybe they don’t piss off an MLS by asking for something that they won’t give,” Berkowitz said.

Move lost a bid to provide a ListHub-powered platform to broker project Upstream last year. The company blames the loss on alleged misappropriation of Move’s trade secrets by Zillow, Samuelson and Beardsley.

In a separate legal filing, attorneys for Zillow said Upstream’s founders had rejected Move twice in favor of partnering with NAR, which they said was the true “death knell” for Move’s platform strategy.

“NAR (and Upstream) beat Move to the punch, which is fatal to Move’s allegations because if NAR is building what Move wanted to build, then Zillow cannot be blamed for Move’s setbacks, or be on the hook for Move’s damages,” Zillow’s attorneys said.

Hand over those MLS listing agreements

As part of the discovery process in this litigation, the court ordered both Zillow and Move to turn over their listing agreements.

Specifically, Zillow must produce all MLS direct feed agreements to which Zillow was a party between June 2013 and the present.

“Under Plaintiffs’ theories, the direct listing agreements are needed to show that the reason Zillow improved so dramatically in obtaining direct-feed agreements was because of the misuse of Plaintiffs’ trade secrets allegedly misappropriated by Beardsley and Samuelson,” the court said.

Move must produce “draft and executed copies” of all direct feed agreements between Move and an MLS that were or are in effect from 2013 to present.

“The competition between Plaintiffs and Zillow to obtain direct feed agreements for real estate listings is hotly contested in the marketplace and in this litigation,” the court said.

“And this subject has evolved during the litigation as Zillow, and its more recent acquisition Trulia, no longer contract with Plaintiff Move’s business ListHub to obtain listings.

“Plaintiffs contend that Zillow has only been successful in obtaining listings without relying on ListHub because it used trade secret information obtained from Move when Beardsley and Samuelson worked for Move and oversaw ListHub.

“Zillow contends that the MLSs and real estate brokers generally flocked to provide direct feed to Zillow as an alternative to ListHub because Zillow offered better terms than Move and ListHub.”

The court continued: “Since the competition for direct feed listing agreements is part of this litigation from several different angles, then it follows that the related third party documents which may provide information about the concerns and assessments from the perspective of the ‘customers’ (the MLSs and real estate brokers and agents) is reasonably calculated to lead to discoverable evidence.” 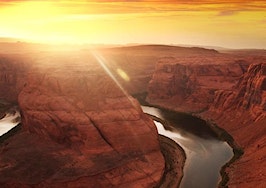 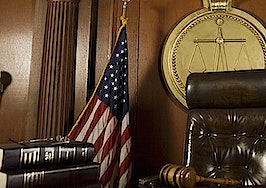 NAR dodges 3 Zillow claims in Crocker letter countersuit, but defamation sticks
Back to top
Thousands of real estate pros joined us virtually yesterday for Connect Now and you can access the replays with a 2022 bundle.Access Now×
Agent Appreciation Sale: Inman Select for only $85.CLAIM OFFER×
Inmanpot
Log in
If you created your account with Google or Facebook
Don't have an account?
Create an Account
Forgot your password?
No Problem