by Brian Rayl
Share this article
You successfully shared the article.
Close

At the recent Keller Williams Family Reunion, Gary Keller told a room of 15,000 agents and brokers that the average return on investment for online advertising in 2015 was a negative 32 percent.

He also said that “paying for Zillow leads is for people who are lazy and don’t want to do the work.” Although those numbers might be factual, the reasoning behind them — and his explanation of why agents use them — was totally wrong.

Let’s talk about ROI or return on investment, shall we?

The ROI of any tool is equal to how well you use it and what systems you have in place to maximize the value of that tool. For Elton John, this includes a pretty strict practice schedule, people in place to schedule concerts and plan tours, merchandising, advertising and more.

The ROI of any tool depends on how a person uses it.

Elton John used his tool to amass a small fortune. There are tens of thousands of people who purchased a piano, used it for two weeks and now use it more for a desk than a musical instrument.

Does that mean that all pianos are worthless because of the average return on investment? Of course not.

In this same line, it also means that Zillow is not worthless just because many agents don’t have the systems, education or discipline to use and maximize the value of the tool that they purchase.

Focusing on ONE thing

I am a Keller Williams agent, and I have a deep respect for Gary Keller. I’ve read just about every book of his. “The ONE Thing” changed how I do business.

These books, just like Zillow, realtor.com and other lead generation companies, are nothing more than tools. A tool is useless unless you do something with it.

A tool is useless unless you do something with it.

If people purchased “The ONE Thing” and did absolutely nothing with it, does that mean that Keller’s book was worthless? Absolutely not.

Are agents that purchase Keller’s book lazy because they don’t want to do the work to learn these things on their own? Again, absolutely not.

The plight of the real estate agent in today’s high-tech environment today is that there are so many tools available to agents, not to mention the roles that they have to play in their business.

An individual agent not only has to deal with buyers and sellers but also answer phones, handle paperwork, communicate with lenders and title companies, follow up with past and current clients — oh yeah, and generate leads.

For a single agent to grow their business, they have to ask themselves, “What’s the one thing you can do that will make everything else easier or unnecessary?” For many, that means taking the lead generation part of their business off their hands by outsourcing to professional advertising companies — such as Zillow. For many, it’s not laziness — it’s leverage.

Leverage is not lazy

Leverage, by definition, means to use something to it’s maximum advantage. In the case of Zillow, many agents use money to leverage more time for themselves instead of doing the work of lead generation.

This might sound lazy at first, but you have no idea what they are doing with the time they saved by buying leads. Sure, some agents probably waste that time, but more likely they are using it to show more houses, go to more listing appointments or spending it with their friends and loved ones.

In his book “The Millionaire Real Estate Agent,” Keller stresses the importance of leverage in your business. He talks about hiring an assistant and then branching out to recruiting buyers agents and listing agents.

He talks about surrounding yourself with good people who know more than you. Keller Williams even has a classed called “Recruit Select” that teaches agents the best ways to hire people for their business. Is this leverage or is this laziness?

Keller, is your company lazy? Of course not. You are leveraging people who know much more than you or your company to provide value to your agents. That’s not called laziness; it’s called leverage. There is a big difference.

There’s a big difference between leverage and laziness.

Too many agents abandon leads when they aren’t ready to transact today and never follow up again.

A large percentage of leads won’t even get a response from the agent within the first 24 hours. Sure, there are leads who come in and will never transact, but many will eventually.

The problem is that most agents have no idea how to deal with Internet leads and don’t have systems in place for this long-term follow-up.

Agents need to focus on building trust, gaining confidence and delivering value to leads, not delivering the same canned 33-touch campaign that 100,000 other agents are using.

Agents need to stop depending on drip email systems and remember that picking up the phone is still important.

The fact that someone buys leads or ZIP codes from Zillow or anywhere else doesn’t make them lazy. The fact that the agent doesn’t implement systems, doesn’t know how to follow up and doesn’t want to pick up the phone is what makes them lazy.

It’s not the bad lead source that makes an agent look lazy — but vice verse.

Brian Rayl is a Dallas real estate agent with Keller Williams and the co-founder of Home Value Leads, where he teaches agents how to generate real estate seller leads quickly and cost effectively. 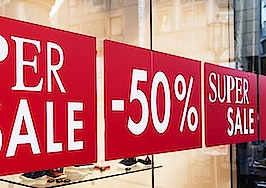 Opinion: Why offering discounts for real estate services is smart for business 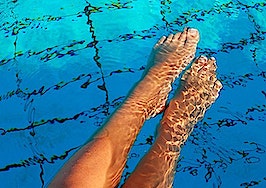 Opinion: Is Zillow becoming a brokerage? 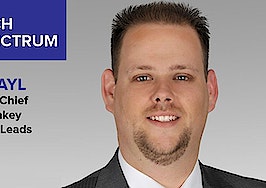 Brian Rayl: 'When it comes to unproven technology, I hold out but keep a close eye' 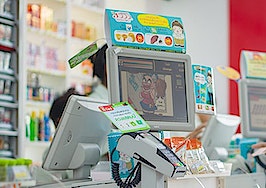 Why good customer service is not enough
Back to top
Only 3 days left to register for Inman Connect Las Vegas before prices go up! Don't miss the premier event for real estate pros.Register Now ×
Limited Time Offer: Get 1 year of Inman Select for $199SUBSCRIBE×
Inmanpot
Log in
If you created your account with Google or Facebook
Don't have an account?
Create an Account
Forgot your password?
No Problem